Has Supreme Court Justice John Roberts been blackmailed or intimidated?

I would put nothing by the Obama administration that lives and rules by the Chicago thug playbook.

Doubt me? On the same day that Justice Roberts and the Supremes upheld Obamacare – again – the key IRS watchdog reported to Congress that the IRS purposely destroyed evidence of a crime.

Is the idea implausible that this same Obama administration that orders IRS attacks, then orders destruction of key evidence, would stop at nothing to save Obama’s signature achievement? Is it impossible to believe that Obama and his socialist cabal that learned from Saul Alinsky that “the ends justify the means” would hold something over a Supreme Court justice’s head?

It’s time to ask the question loudly and boldly because something is clearly wrong in Washington, D.C.

Is that the purpose of government agencies like the IRS and the NSA that are abusing our rights – to listen to us, to watch us, to find something we’ve done wrong, and then use it to intimidate, harass, threaten or extort key political figures so that Obama can “fundamentally change America”?

Because something clearly smells rotten in Washington, D.C. Like “the mafia delivering a dead fish to your door” rotten. Conservatives just won national elections in a massive wave, a historic landslide. We control both houses of Congress; we control the Supreme Court, yet we continue to lose every key vote in Congress and every key Supreme Court ruling.

Suddenly when Republicans win elections, elections have no consequences. Doesn’t this seem odd? Doesn’t something smell rotten, like the fix is in?

DUHHHHHH...of course he was as have been most of the DC crowd or judges legislating from the bench...am surprised that the few judges that have stood against de furher have not met with an untimely "accident" 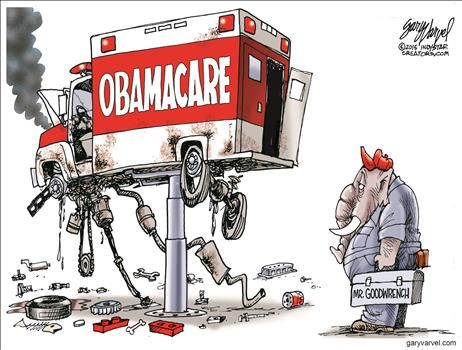