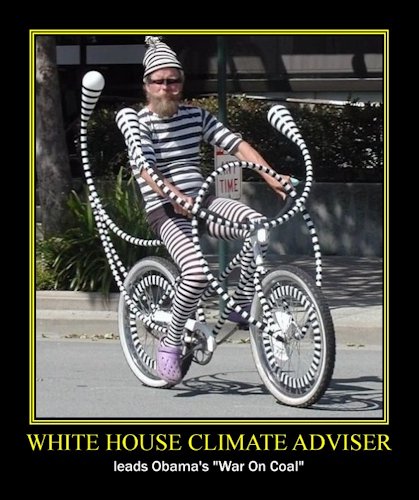 Alpha Natural Resources announced July 31st  that 11 affiliated coal mines and other facilities in West Virginia could be idled by mid-October, with the potential for 1,100 workers to be laid off.
POLL: Obama and the EPA say that the new proposed regulations will not cost jobs or raise customer bills. Do you believe them?
In part, the downsize can be attributed to the excess supply of coal worldwide, which has been a major factor in a persistent weakness in depressed price levels as well as the U.S. and overseas coal demand, the company stated in the announcement. Alpha also is placing partial blame on government regulations causing electric utilities to close coal-fired power plants.

what about the waste from the nuclear plants. I recall up in NY area there was a big leak of containers of nuclear  waste. what about the danger  to the earth that EPA claims coal is doing?? And who reports this about less people die from nuclear then coal. I lived 15 miles from a nuclear plant in OHIO  we had  a pill for each member of the family that we had to keep and a list of things and what to do if there was a accident. DO you really think we would of lived through it and if we did you think we would want to live through the pain of a slow death. On the list it has the reaction our body could go through. SO yea coal better.

We have the technology to reprocess waste and reuse it however Jimmy Carter used a Executive order that made it illegal to use in the US. The French and Japanese use the technology. We also have a built storage facility in Nevada where we exploded hundreds and maybe thousands of bombs over the decades.

Leaks are exaggerated to created fear - the radiation that escaped from 3 mile island was less than you get from sitting next to the great granite columns in church or from the granite counter tops in your home. The entire universe is Radioactive. the sun is a NUCLEAR EXPLOSION a very big one huh?

The pill you were given was simply Iodine and done to make the public more acceptable and less fearful or explosions. Chernobyl was the worst and less than 500 deaths have been proven to maybe be associated.

These ladies and their families have lived in the so called death zone from day one they are over 80 now. Wild life is grazing next to the worst rector and show no signs of damage.

Yes, our engineering of these plants are very good. We should think about men being aboard nuclear submarines or carriers! We do not see any radiation damage there!

Obviously it is to bring America to our knees to force a one ruler Marxist/Muslim world. One faith controlled only by Marxism.

Do any of them ever 'think' beyond the immediate?  Those well engineered plants are all well and good, but they do not maintain themselves.  Since those who want to control everything have NO IDEA of creating anything, they don't know how to maintain something created by someone else.  Those plants will run on their own, maybe for a week, maybe for a month.  Maybe longer.  But the time will come when an adjustment is needed beyond the automatic systems.  Maybe just a tiny tweek to a single knob.  But no one knows HOW!  And you can't order a dead man to fix your stuff.

Faith has nothing to do with it.  If you are talking Islam, it is the problem.  They will kill off the people who know to keep the various systems in this Country running because they will not 'convert', and so they must die.  There is no 'faith' IN Islam, just force.

here goes another increase in our energy bills.  we had a 30 % increase about a year ago. we may have to go back to burning wood.

-Back to the jungles, back to the caves! That is what the environmental wack-os and crazies supporting the Democrat Party want and demand for the rest of us.

You may not soon. Wood burners outside or inside are under attack by the EPA!  They soon maybe banned. This is already proposed and is in the works!

They are out of jobs and the price of electricity just keeps climbing.  How sad for these communities.  What does the EPA and OTyrant think it is going to cost for people to retrofit their homes?

We better face it; it is what they want! They want to cripple our industries and our citizens with lies in just about everything to remove our Constitutional rights!

I hope many of you watched the documentary with Jesse Ventura and his team. They interviewed one of the scientists, who was in hiding with his family. His life and his families are in jeapardy! The report given to the UN was flawed, but note that our Marxist Americans are pushing it to the max to further cripple our Nation. We need to have more control over these organizations. They are becoming as our Marxist Politicians with more authority just by appointment!