The United Nations Launch Investigation Into UK Conservative Government; UN Threatened Donald Trump a long time ago. The United Nations EU Agenda's is nothing new to Americans. This news by the UN EU Imperialism against Canada, Canada is not noted within this news, they were the first to pull out of the EU, then Great Britain, this is 100% propaganda, Human rights, since when did the UN NATO Forces care about Human Rights ?, and seeing how the German EU Bankers are attempting to over through, the EU TPP Legislation in their controlling hands, this news is noted as a EU propaganda, of political pressure and media bias, crap!!! At the bottom of this page I will provide EU LAWS, in play.

And since when did We The People Of America need the United Nations to educate Americans and the world on the British Empire, its like Hello hey , read the Declaration Of Independence, these people of the EU are so stupid, and their world is unexceptionable. but hey here is their media BS !!!!

What Does the EU Constitutional Laws Of The World Look like

Approval of Transfer of Sovereignty of Countries Without Effect of Constitutional Amendments,

Hey if they feel this EU, as if the can claim American Sovereignty through all of them little Treaties with the British Empire, like NAFTA and others that go back 200 years, want to go to war, try to claim Americans as property. The EU Constitutional Law crap is below.

The investigation was launched after complaints were made about Britain’s appalling human rights record. UN investigators are set to look at the impact of austerity, mass surveillance, poverty, racism and press freedoms.

Thecanary.co reports: The UN Human Rights Council (UNHRC) is carrying out its periodic review of the UK’s commitment to international human rights law. So it asked hundreds of campaign groups, charities and organisations to submit evidence [pdf p13]. And the complaints made by these bodies are damning.


They include include [pdf]:

The UK government was also criticised [pdf] for:

But the UK government either [pdf] denied or said, in essence, that work was in progress on all these criticisms. The UN will release its findings and recommendations on Tuesday 9 May.

Another day, another UN report

But we’ve been here before. As The Canary has documented, the UN twice reported on the UK government in 2016. And it found that the Tories had committed “grave” and “systematic” violations of disabled people’s human rights; while also eroding the rights of single parents, minority communities, and the poorest and most vulnerable people in society.

The Tories’ response to both those reports? To simply shrug their shoulders and say they didn’t believe them. So the response to this latest round of damning criticism will probably be much the same. But at the time of The Canary publishing this article, only Russia Today (RT) and Sputnik had reported this story.

It is now down to the public to decide if they want to live in a country where their government can commit such flagrant abuses against its citizens. And then, a decision must be made at the ballot box on 8 June. 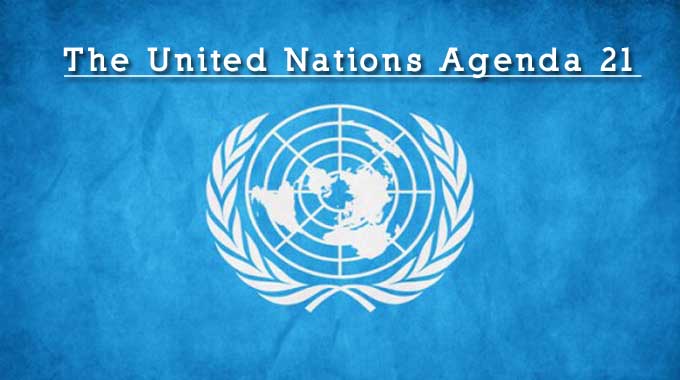 the EU Agenda, in plain text, fact finding info, that we had for a while,

Binding referendum provided for any transfer of power because that requires a constitutional amendment which makes a referendum mandatory.

This is CRAP... is all I can say about claims that the UK and its sovereign allies (NATO, the E.U. and United States) are guilty of mass human rights violations... In fact, it is quite the opposite.  Recent history certainly proves that NATO, the E.U., the United States, and its member states generally comply with all Human Rights Conventions, and International Law, regarding land warfare and human rights. I take great umbrage with those who claim otherwise.

This sort of propaganda makes spurious allegations but... often fails to provide all the facts and evidence needed to arrive at a proper conclusion... There are many alternative explanations, for claims of human rights violations.  It must be noted, that the use of organized propaganda, too establish a narrative of abuse is CLASSICAL MARXIST doctrine, and modus operandi... when seeking to discredit their enemies.

The spreading of such propaganda... without the full spectrum of facts behind such accusations is misleading; often, playing into the Marxist/Socialists narrative, propaganda campaign, and should be avoided.  Selective publications of what may be facts often proves nothing more than the bias of the source and should be considered when analyzing its veracity... Truthfulness is not always the result of selective memory or facts.

The diatribe paraded as fact in this post only demonstrates the bias behind the source... England, NATO, the US and our close allies are generally not a source for governmental policy that supports human rights violations.  Those who would suggest so are not the friends of those members states whose historic roll has been to establish liberty and democracy around the world.

Therefore, I take serious offense... to spreading such propaganda and hold such posts as counter productive to legitimate critique and discussion regarding NATO, the U.S. and the E.U.'s alleged abuse of Human Rights...

Now Ronald, if Donald Trump states that the sovereignty of America is compromised by treaties, with the UN and NATO is a joke and we did case search his findings, I will just have to take faith in what Donald Trump exposed.

Something that most people don't understand... is that TREATIES don't take precedent over the original language of the Constitution... They are not Amendments and don't have the power to change anything in the Constitution.

No federal statute, treaty, or statutory law of a State, may supersede the Supremacy of the Constitution... as the Supreme Law of the Land.  'Treaties' are not ratified by the 50 States. Congress doesn't have the authority to approve Statutes or Treaties, which seek to Amend the original language and intent of the US Constitution... Anything in a treaty CONTRARY to the Constitution is therefore VOID.

lets have a little chat, I have read all of the 1600 pages of NAFTA, 2178 Pages of TPP Legislation, all most all of Obamacare, treaties after treaties with England,  I want you to understand, what Donald trump Exposed by pulling America out of the UN Treaty of 1945, which by the way was the start of the NAFTA treaty of 1945, and ushered in the IRS of London England.

All within the above in the same media lies we see how the Federal Reserve along with CFR Agendas, used the media in a lie that the First Banks of America are in trouble...BS! in that time period our Gold supplies were at a all time high, and our Banks were & money was secured and backed up by gold.

treaties have effected America long enough, its over, a done deal, period..

Of course, this is all academic since the States and the People refuse to ignore or dispute the power of Treaties too alter the Constitution. Until the people and the several States are willing to take Congress and the Federal Government on task for ILLEGALLY altering Constitutional law by treaty ... such alterations will remain operable... under the COLOR OF LAW.

I am not missing the point, and if the traitors in Congress agree to such a treaty with the EU, honey you can kiss this Constitutional Knowledge of Your Good By.

Why even discuss the law or the Constitution if you believe that there is no hope or basis for citing the Constitution.  We must keep it alive and inform the public of the correct and proper interpretation... the public certainly won't be informed by the Establishment hacks.

And exposing their crap with official documents will protect the Constitution of the Republic, not this Democratic Constitutional Democracy, we don't bible thumping the Constitution, we research, we expose, Trump exposed their agendas, we support Trump, and if he does something we don't agree with, we voice our opinions.

Please, read Article 6, Section 2... that is not opinion. The supremacy clause, as it is called,  clearly states that the US Constitution is supreme over all statutory laws and treaties. Treaties may supersede or change the Constitution.. 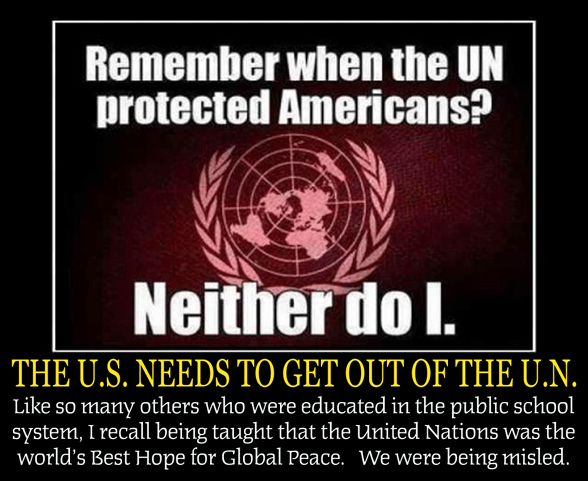 The US needs to stay in the UN and use its VETO POWER to screw it up... getting out will solve nothing... it will only permit the radical elements in the UN to solidify their actions against the US.  Stay in and use our VETO to stop the stupid and dangerous stuff.  We can do nothing from the outside looking in.