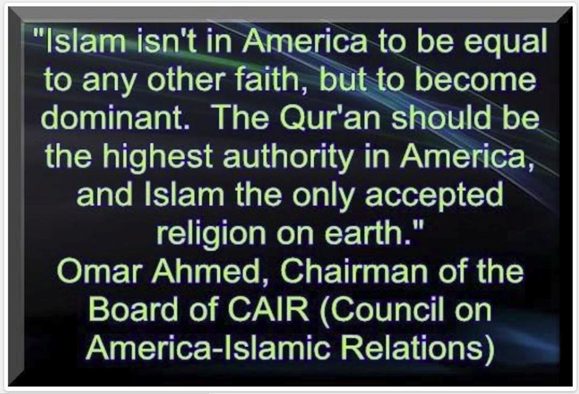 The Islamic State of Iraq and Syria (ISIS) has conquered a huge chunk of the Middle East — and inflicted brutal sharia law and persecution of Christians — in a short timespan, and the radical Islamists could be capable of striking a more distant target: the U.S.

Two Republican leaders echoed one another during Sunday morning interviews when they claimed that ISIS posed a credible threat to the American homeland.

“These people that are coming to fight on the side of ISIS are returning to their countries in Europe and there’s 100 of them that we are tracking in the United States,” said Sen. John McCain on CNN’s “State of the Union.” ”As I mentioned to you already, one was in Syria, came back to the United States, and then went back to Syria and blew himself up. Mr. Baghdadi, the leader of ISIS, when he left our Camp Bucca, the camp in Iraq, he said, ‘See you in New York.’”

According to McCain, ISIS has the motivation, and is gaining the ability, to attack the U.S.

“If you read what they’re saying, we are the enemy, they want to destroy us,” he said. “They are getting stronger all the time. Their goal, as they have stated time after time, is the destruction of the United States of America.”

John McCain, I'm sorry but you are part of the problem. You have gone along with  the Democrats too many times and we are aware of it. Thanks for telling us, but you better "back off and protect your party" for a change. We're after you too.

John McCain is brain dead, as is the most of Congress, save a few. We need to purge this Congress and our White House of this infestation of political, evil rats !!! McCain is a coward and the Bible says over and over that cowards go to hell.

His time is about up. Think he'll repent???

and he went along with the neo-cons too.  until our nation tells the truth and faces our responsibilities in the world's disasters - nothing will be fixed and we will keep spinning.  McCain says this one day, then he says that the next day...  most all of them do; and it seems they don't even know what it is they're saying anymore doesn't make sense; they have no "position" because they've lied for so long - I don't think they know what the truth is.  How can they trust anyone else, when they don't trust themselves?  It's sad.  It is an impossible argument... you cannot fix a lie with another lie.  The truth is good, it really does fix things.

And:  with our leaders being such liars and crooks and they're mean and vengeful to others all over the world - like we are so much superior to others, we can order people dead?  Don't they see this is what is causing the world's problems?  - our society is being ruined - and they don't even care; our media doesn't care - it's like everyone's so afraid of being exposed for their own misdoings,  they selfishly continue this insanity (because they're afraid of the consequence)?  Just owe up, someone be a hero and tell the truth.

I miss Reagan, I miss Thatcher, I miss honor and guts to do the right thing; and I so much miss being told the truth.  You want to be supportive, but they've become so blatantly irrational and paranoid, it's impossible to see them being able to be leaders anymore if they can't tell the truth.

My sentiments exactly!  McCain is an old man and needs to be replaced as soon as possible.  He is first a politician and then an American.  Once long ago he was an American that became a politician.  However he lost his way and is now hurting the country by not being able to adjust to a new reality.

Obama is our enemy and we better rid ourselves of him.

read the rest of the article and find out that Lindsey grahamnesty is the other surrender prone jackass.

hey stupid i guess you do not remember 9/11 when the usa did not pay attention to what people were saying and look at what happen.  Now, we are being told that we will be hit, we have people walking across our border from all over the world, we have young people that are being recruited to be terrorists right here in the usa.  You have to be one of those liberal progressive democrats, that has no idea what is going on in the world, that you do not read or know the facts.  Continue to sit back and when a bomb is dropped on your head, it will be to late to get your head of the sand and say what happen because you will be gone.  These crazy people in issi have one major goal, that is to cause a mass killing someplace in the usa, it is going to happen, just a matter of time.  Obama and the democrats sit back and have allowed this to happen.  God help the usa because the next killing will be shocking and i am sure glad i do not live in los angles, sf, chicago or new york city becausae these are their targets.

You know 9-11 was Cheney's brainchild, with Zionist pigs.