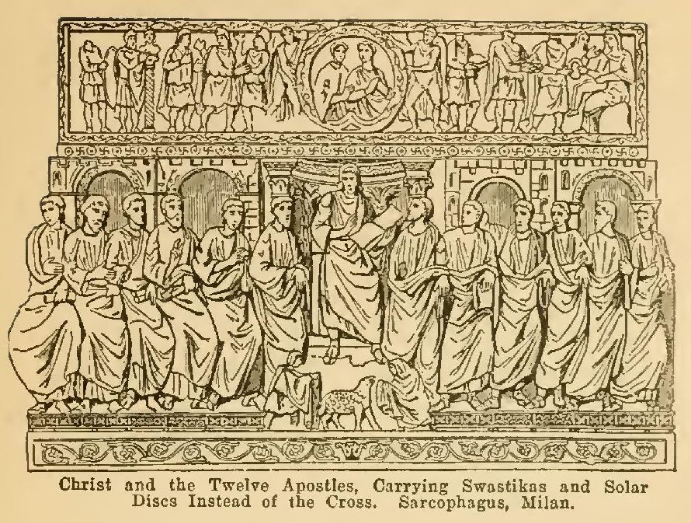 Fiat Currency History and Facts. It was created to control all nations and people through the Federal Reserve, costing nations billions.

Germany built a currency that costed people nothing, JFK a Democrat President of the USA, visited Germany, he removed the Fed, then he ended up dead. There seems to be a connection to the Asia Khazar.

No nation has to accept a fiat currency... however, by doing so they are able to leverage their gross national product to achieve greater value for their currency... the opposite however occurs when their economies crash.

The FED doesn't run the International Bank of Settlements... the central bank and clearinghouse for most international financial transactions.

The BIS carries out its work through its meetings, programs – hosting international groups and facilitating their interaction. It provides banking services, to central banks and other international organizations.

The US FED is not actively engaged in managing international settlements or banking activites of foreign powers.  The BIS and World Bank serve those functions.  These institutions together with the International Monetary System - set currency exchange rates.

Dribble Nelson, the Fiat Currency was staged,  fabricated, falsehood, fake, a lie. It was staged to bring in cashless. To control the world of men.

Trump and associates, billion dollar human implants, for migrants, all will follow the leader for banking implants.

How will Nelson spin this?

That gets Ronald hopping mad...:)

Are you always so delusional... I Basically agreed with you. I have been preaching against fiat currency, probably as long as you have been alive?  You need to do a webpage search using the search window on this site... type in fiat currency and see just how many articles I have posted with that issue ...

I have also been calling for the dismantling of the FED for years... phasing it out by returning its functions to the US Treasury... putting out currency on an asset basis gold, silver, oil, natural gas, and coal... being the primary assets securing its value... we need to end the current system of debt-based currency... and the interest involved.

Try re-reading my last posts ... no nation needs to accept fiat currency.  If they do it is their own choice they can issue currency backed by gold, silver or other stable and valuable commodities... oil, coal, etc.  However, most nations will not as a fiat-based currency allows them to LIE and CHEAT on the value of their currency...

Type in 'Fiat Currency' in the search box, top right-hand corner of this blog page... push send and a bunch of posts with my name on them will pop up... read them...

Are you always so delusional, they run the Federal Government, and they will not change the system.

Nixon changed the system to the Fiat currency, around 1970. Nixon is no more then a Khazar control puppet.

Good bitcoin is in trouble... financially.

Well what does that tell you about your cherished NOTES and who controls them. Is our enemy foreign or domestic or both?

Here is a test for Ronald

Plan A (Contract A) or Plan B (Contract B) Which will you choose?

Plan A (Contract A) or Plan B (Contract B) After a five year battle by those who were led to continue beyond rational reasoning, the choice is now yours. Contract B is based on God’s blueprint and law form, free will and responsibility to God who ordained it. Which will you Mr. Nelson choose?

The devil is always in the details... I know what Contract A offers and have seen most of its details... Contract B appears promising but I have no guarantee that the administrators of it will be any better than those administering Contract A... In fact, if the laws of history apply they will not be any better and maybe worse.

I would rather take the bird in hand, than two in the bush... the two in the bush may fly away before I can collect them.  I would also go after the administrators and guarantors of contract A; too, enforce its provisions or provide monetary relief for the damage and losses I suffer...

It may take force of arms... to enforce contract A, to extract the treasure from those who robbed me. However, it is better than finding out years later that the same problems pop up under Contract B and that I am to old to do anything about it

What makes you think we can fashion a better contract for government than the US Constitution...   What guarantee is there that in a few years Contract B won't look like Contract A.  And lastly, what makes you think that the administrators of Contract A will let you move to Contract B... without violence and force of arms?

I knew you would have a problem with simple words that mean nothing more than they mean by saying "the DEVIL is always in the details". See YOU are to guarantee YOURSELF, it's YOUR choice by YOUR free will..

You do not know the laws of history and that is your problem staring with the Creators Laws and the original contract with us.

I cannot not debrief you, that your task.

What the grantors grant they can taketh away. Seems you don't know that. You only need to know they cannot answer to their proofs of claims because they have no authority over you by law. and they are the ones who wrote those laws.

Never to use Force of Arms and never to cross the BAR. You use their laws and of words against the authors of them as a COUNTER. Again proof of their claims which they cannot respond to. Therefore, silence is their acquiescence..

What make so many of us 10's of thousands of us think we can fashion a better contract than the US Constitution. Well, first you have to understand We the People are not the ones that are party to the Constitution. please understand that.   The Constitution FOR the United States OF AMERICA is a employment contract with the guidance clearly spelled out for what all those that are representatives of We the People are to follow as their position description. So who signed up to this employment contract. They are all dead men. Who has ever taken an oath to uphold what is written in the Constitution for the United States of America - no one since the passing of the original signers? No one has ever agreed to do so with their own penned signature to this date. Do you understand this so far. It's indisputable!

Therefore, what is "the constitution OF the United States" that all take an oath to if no document can be found anywhere in law or at law with that title.. some times the truth is in your face if you choose to look at it.

Do you understand that the District of Columbia was once named Rome?

Do you know the Washington DC is the seat of the United States Government?

Do you know the Washington DC was incorporated, and is not part of the United States OF AMERICA??

The constitution OF, of who? Who is OF? What is the United States?

At this point remember the King controls the Money and Banking plus the Body Politics = the votes of the sovereign States. Per the 1783 Treaty
What you think is a state is in reality a corporation, in other words, a Person.
"Commonwealth of Pennsylvania is Person." 9 F. Supp 272
"Word "person" does not include state". 12 Op Atty Gen 176.
https://dictionary.law.com/Default.aspx?selected=1516
There are no states, just corporations. A corporation is an artificial entity, a fiction at law. They only exist in your mind. BOO! They are images in your mind, that speak to you. We labor, pledge our property and give our children to a fiction.

There is proof of England’s interference (ask Tif) and the fact of the status and capacities of arch-treasurer is presently in full force, affect and effect. The United States  has been defined and what States are? Is it possible you can grasp this or you will suffer from mankind's worse disease Cognitive Dissonance and deflect?

What is Washington, the District of Columbia?
https://www.loc.gov/law/help/statutes-at-large/41st-congress/sessio... Note: Chapter 62 is in Roman numerals LXII.