The Trump polls harvest has continued to be bountiful with Donald Trump registering a 19.8 percent Real Clear Politics average, ahead of Wisconsin Governor Scott Walker’s 14.8 percent in the Iowa count on Tuesday, August 11, 2015. This confirmation of Trump’s top spot among the GOP hopefuls comes in the wake of political pundits predicting his doom due to verbal gaffes on women and Hispanics.

Prominent political analysts have been quick to pillory him as an outsider acting like a loose cannon oblivious to the rules of engagement observed by his more restrained rivals. Speaking out his mind with no regard for political correctness, reveal him to be a non-politician who will be the author of his own demise, the pundits warn.

Especially vocal in his attacks on Trump is The Washington Post‘s Chris Cillizza who has referred to Trump as “irrelevant.” Cillizza contends that Republicans know Trump and don’t like him because his goal is attention, not winning.

Another analyst who has engaged Trump in a war of words is The Washington Post‘s Charles Krauthammer who has labeled the billionaire real estate mogul a “rodeo clown.” Krauthammer lamented in one of his articles that putting people like Trump on the GOP stage, who are not serious candidates, diminishes the stature of the others who are.

Bill Kristol of The Weekly Standard, sent Trump a tweet prior to the Iowa results.

“We are past PEAK TRUMP! Sell-by date approaching. Plan exit strategy before Iowa!”

In Lehigh County, Pennsylvania, one-third of the women interviewed by Reuters on the street recently, admitted being Trump supporters and indicated they would continue to back him.

Thanks to Trump, I have started to look differently at all of the "so called" political experts. What they fail to recognize is a re-awakening of the silent majority. We have had enough of the progressive liberals' political correctness, bold-faced lies, multiculturalism, moral turpitude, and selective enforcement of laws.

I agree Brian! I am tired of the "Politicians"-- It is time to get a business man!

If we want a free country then we need a true outsider like Trump. MSM media hates him the dems dislike him and the GOP distaste for him is showing. Trump is only one telling truth and many can't stand it. They were raised on corruption and want it continued. Trump has been more open than any five democrats ever. He has been vetted by the left - right - and the middle. We know Donald inside out.

Trump IS NOT AN OUTSIDER!

Trump took the stage during the debate and announced he had bought favors from most of the people on stage! He is a self admitted member of the scheming cronies that thrive in Washington! How do you think he got development rights to the Old Post Office building in Washington?

CLEAN OUT YOUR HEADGEAR PEOPLE.

I see you have never own a business, not even an ice cream stand.  Business  is very competitive and your competitor is always willing to give.  So who do you think will win the deal?

If you want a perfect man I suggest you ask God to run. How many imperfection actions have you taken in life? Doing business with your enemies happens. Your sounding like good old democrat liberal stirring the pot.

Permalink Reply by Silverback on August 16, 2015 at 8:26am
You clean out your headgear, the Bucks he gave them is the cost of doing business. All of them except for Trump have their hand out. Where's yours?

Millions of business men NEVER BUY SPECIAL FAVORS FROM POLITICIANS NOR SHOULD THEY HAVE TO.

Where are you from, China? That's how they do business in the third world. In this country it's illegal except for the rich elites in Washington!

If you weren't such an idiot I'd suggest you look at the trump business scam he set up to fleece poor down on their luck people out of their money. People paid $500.00 each to learn internet secrets to making money. Very few were able to make anything from his program. He's slick and used the same empty promises of greatness that he is using on the public now.

Permalink Reply by Odessa taft on August 14, 2015 at 5:14am
I totally agree with what Brian Massie wrote. 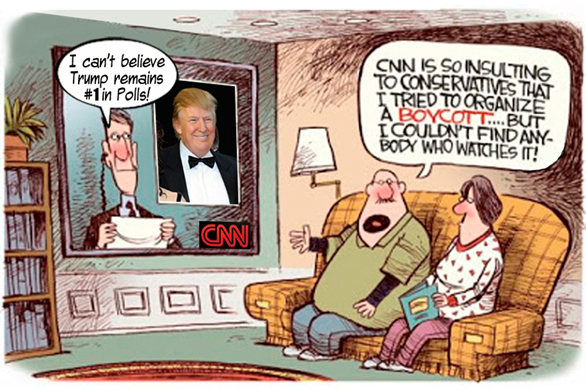 The silent majority is about to get LOUD, put an END to career politicians, it's called TERM LIMITS and we need them BADLY! Go Trump! Make America GREAT again!