These 23 Celebrities Said They'll Leave The Country If Trump Wins Amy Schumer recently told BBC Newsnightthat anyone who doesn't like Hillary Clinton is uninformed. She went on to say that she would move to Spain if Trump was elected.

"It's beyond my comprehension if Trump won. It's just too crazy," she said.

But Schumer's not alone in her anger. Indeed, she's just the latest in a long string of celebrities who have taken the "brave" stand of saying they'll leave the country if Trump wins. Here's a list of 23 of them.

Where would he move? Another planet.

"I would consider getting in a rocket and going to another planet, because clearly this planet's gone bonkers," he told reporters.

Where would she move? Spain.

"I did buy a house in another country just in case, so all of these people that threaten to leave the country and then don't, I will leave the country," she said on Live with Kelly and Michael.

(Weirdly, she called Trump charming in the same interview.)

Who? House of Cards actress.

Where would she move? Canada.

"His honesty is terrifying," she told Huffington Post UK.

Who? Founder of IAC Interactive.

Where would he move? Unspecified.

"If Donald Trump doesn't fall, I'll either move out of the country or join the resistance," he told Bloomberg.

Who? Creator of Girls.

Where would she move? Vancouver.

"I know a lot of people have been threatening to do this, but I really will," she said at the Matrix Awards.

Where would he move? Canada.

Who? Actress and guest star in Portlandia.

Where would she move? Nova Scotia.

She answered simply, "Nova Scotia" to a question of where she would move if Trump were elected.

Where would he move? Out of here.

"If Donald Trump is the nominee, I'm open to support anyone, while I'm also reserving my ticket out of here if he wins," he said at a press conference.

Who? Actress in Orange Is the New Black.

Where would she move? A mental hospital.

"[I'll move] to a mental hospital for a while because you're like 'why is this happening?'" she said.

Where would he move? Africa.

Who? Director of Malcolm X.

Where would he move? ...Brooklyn.

If Trump wins, he'll be "moving back to the republic of Brooklyn, New York," he reported to Vanity Fair.

Where would he move? South Africa.

"He's just running for popularity. C'mon, just let it go," he said on The View.

Where would she move? Jupiter

"IF HE WERE TO BE ELECTED, IM MOVING TO JUPITER >:|" she tweeted.

Who? Comedian and star of George Lopez.

Where would he move? Mexico.

"If he wins, he won't have to worry about immigration, we'll all go back," he told TMZ.

Where would she move? Australia or Canada.

"He has no facts. I don't know, I can't believe it. I'm either coming to your country [Australia], if you'll let me in, or Canada," she told Australian journalist Michael Usher.

Who? Actress and host of The View.

Where would she move? Canada.

"My confession for this election is if any Republican gets nominated, I'm going to move to Canada with my entire family. I already have my ticket," she said on The View.

Note: Her leaving was contingent on any Republican candidate winning the election--not just Trump.

Who? Actress and host of The View.

"I don't want it to be America. Maybe it's time for me to move, you know," she said.

Who? Actor in Power.

Where would he move? Italy.

"I'll move from Denver to Italy... If Donald Trump wins the presidency, I'm out," he told The Wrap.

"My heart is broken into a 100000 pieces...I am moving if this is my president! I don't say things I don't mean!" she wrote in an Instagram post.

Where would she move? New Zealand.

"I can't imagine what the country would be with Donald Trump as our president... Now it's time for us to move to New Zealand," she told The New York Times.

Who? Comedian and actress.

Where would she move? Spain.

"I will need to learn to speak Spanish because I will move to Spain or somewhere... It's beyond my comprehension if Trump won. It's too crazy," she told BBC Newsnight.

Where would she move? America!

"If Donald Trump wins the race to the White House I'm moving to America," she tweeted. "Daring to bare what some people really think."

By the looks of recent polls, many of these celebrities might have to make good on their promises. It seems like they may have spoken too soon. Permalink Reply by Philip D. Steenbergen on November 9, 2016 at 9:27am
Can't wait for all of you to exit America, you won't be missed. I know your all full of donkey crap, not one of you has the guts to leave, big mouth cowards all of you. I won't miss any of you cry babies, take a few socialist with you. Bye Bye

I'm anxious to hear what stupid excuse they come up with as to why they can't/won't leave now.....cause you just know they won't...

Okay! I will personally offer my services to help them all pack. They should never be allowed back her once they renounce their citizenship. Hope they enjoy the higher taxes, the lousy medical services and the cost of everything. 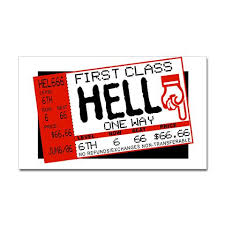 Maybe we ought to offer to help them pack.

I can offer to drive them to the airport.

SEE YA!! All you communist scumbags get a ONE WAY trip out of AMERICA & get placed on a DO NOT RETURN LIST!! I'm sure a lot of good American Citizens will help you pack! A few less Infidels will help out immensely! Sure gonna miss you! NOT!!!!! Don't forget to take BO & the worthless criminal (Clinton) family with you!

Permalink Reply by Ronald paige on November 9, 2016 at 5:10pm
Their all full of crap just wait and see!

HEY......ALL YOU LIBERAL, PROGRESSIVE, AMERICA HATING, LEFTIST, COMMIE  "PUKES"....JUST GTF OUT OF AMERICA  IMMEDIATELY !!!!!!..(AND PLEASE TAKE ONE ILLEGAL MEXICAN ALIEN, UNDER ONE ARM, AND ONE MUSLIM, UNDER THE OTHER ARM...WITH YOU)...AND DON'T EVER COME BACK !!!!!!

January 22, 2017 ... a knock at their door; FBI and appraisers to get the correct value of their home and property.  Get the estimated value, cut them a check in the local currency of their new address, hand them their new passport ... if that country will accept them, notify them that they have been stripped of their US citizenship, drive them to the airport, wave goodbye and when the plane lands .... put them on the no fly list.