The surprising real reason for the hate against Donald Trump

Forget most of the complaints and accusations against Donald Trump you are hearing these days. There is a growing, ugly and violent war being waged against the Trump administration and conservatives in general. Most of that war is being orchestrated and funded by massively-financed elites of one general movement – the several decades old movement for an aggressively secular, borderless, de-populationist New World Order and world government.

I strongly urge watching the video below produced by Remnant TV. It provides crucial context. I believe, based on all that I have seen, read and experienced for the past 40 and more years, that the video is right on the mark. Nothing else can explain the massive US and international howling and vicious, non-spontaneous, “spontaneous” demonstrations that have been taking place in many cities and nations.

All the people in the various elements of this New World Order movement fully expected that Hillary Clinton’s election would lead to the implementation of the final stages of their plans. Under Barack Obama and the powerful influence of the European Union, UN and other elites, everything had been rapidly moving towards their gaining powers they have long sought. With that power they were set to radically transform international society, take full control of the economies of all nations, eliminate national sovereignties and impose dramatic social changes and extreme de-population measures on the world.

The election of Donald Trump and a majority of Republicans to the Senate, Congress, governorships and other positions, have left the One-Worlders reeling. To them it has been like a giant earthquake upending their world and their evil plans. They are enraged and hysterical that their expectations of a dizzying final achievement of the total power of man as god has been smashed. That is their ultimate goal - replacing God with man - the great sin of pride of Adam.

Here are the main, all closely interconnected elements of the New World Order movement:

Bashing an effigy of Trump


Can Trump and his administration endure this near satanic, on-going assault? Many prayed for him during the election and he astonishingly prevailed. It is clear, despite the president's personal flaws, that he is doing many right things. He would not be so intensely hated by all these people if he were not.

Even more prayers are needed to protect, guide and inspire Trump and his administration to stay the course and serve the Will of God. Prayers are needed for his continued conversion - especially on the homosexual/transgender rights issues.

There is also great need to pray for the physical safety of President Trump and his leadership team.

The election of Donald Trump has caused the decades-old war that has been waged on what is left of Christian civilization to be suddenly revealed for the ugly and evil war that it has been all along. Until now the war has been very one-sided, with the one-world progressives generally being the only ones fighting, as the relatively passive Christians and their non-Christian allies have given naïve, timid and disorganized resistance.

Typical of the anarchist, masked rioters protesting Trump. This one cited the late Malcolm X, founding father of an Islamic black terrorist movement, to justify the actions of the violent mob in Washington.


The election of Donald Trump has suddenly brought everything into the open that was already underway. It has forced a necessary climax in this world-wide culture war.

This is good. But the “good” must now respond by finally starting to earnestly wage a defensive war to completely defeat the one-worlders.  It is time to wake up to the reality of our collective and individual responsibilities in this international conflict between good and evil.

It is not possible to overstate the gravity of the situation.

Keep in mind that in 1976 (showing how long this has been on-going)  Pope John Paul II, as then Cardinal Karol Wojtyla, warned,

“We are now standing in the face of the greatest historical confrontation humanity has ever experienced. I do not think that the wide circle of the American Society, or the whole wide circle of the Christian Community realize this fully. We are now facing the final confrontation between the Church and the anti-church, between the gospel and the anti-gospel, between Christ and the Antichrist.”

Donald Trump did not start the conflict. He has merely brought it all out into the open for us to respond to. 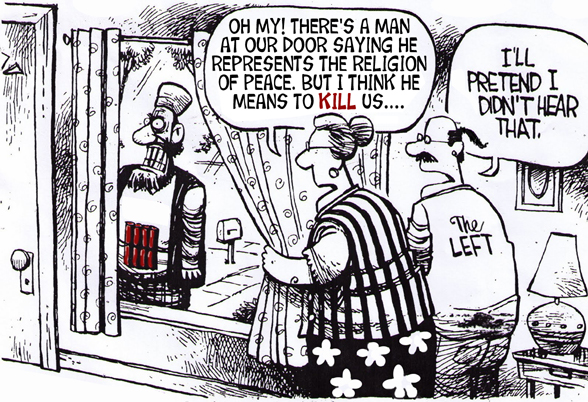 i totally agree. the elite global commies want it all for themselves and to hell for the rest of us.

Exactly. We the people don't care about finding out about any connections to Russia, either.

That's what they want: a chaotic world so that they can put themselves above the fray, and rule with tyranny. Evil begets evil, evil thrives on more evil.

We might as well just eliminate these evil demon possessed people.

True American patriots want to indeed designate certain undesirables as "evil demon possessed people" so that we can eliminate them. We the people have no use for opposition, dissent, or human rights for humans who don't deserve these rights.

The election of Donald Trump and a majority of Republicans to the Senate, Congress, governorships and other positions, have left the One-Worlders reeling. To them it has been like a giant earthquake upending their world and their evil plans. They are enraged and hysterical that their expectations of a dizzying final achievement of the total power of man as god has been smashed. That is their ultimate goal - replacing God with man - the great sin of pride of Adam.

While I caution against the 1st sentence's implication that a republican majority in our government is an automatic rejection of this NWO, the last sentence is the very core of the point of what's been going on. Replacing God as our ultimate authority and provider with government and infinite laws ruling over every aspect of our lives. THAT is the progressive's core goal, whether they wear red or blue ties.

Permalink Reply by Oleg Gielman on February 13, 2017 at 6:08am
Yes, but hard ti understand how they came up with "the great sin of Adam" ...Adam didn't hate God!

It is the sin of Eve not Adam that mankind fell and thru the seed the fallen nature was passed on. Adam chose to remain with Eve and ate.

"And Adam was not deceived, but the woman being deceived was in the transgression." (1Ti 2:14 KJV)

Permalink Reply by Oleg Gielman on February 13, 2017 at 7:53am
Adam had direct knowledge not to eat, Eve's knowledge was from Adam ...so Adam is at fault for not even trying to stop Eve (so Adam is more guilty than Eve!), but that doesn't mean either of them committed sin, just a huge mistake in not following God's command. They had no knowledge of evil, thus trusted all creations.
Adam and Eve love God, but like children and parents they don't always listen... so we're learning that lesson the hard way.