The Storm Clouds are Gathering 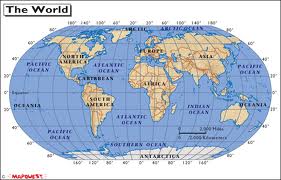 When mass protests toppled Hosni Mubarak in February last year, Cairo's Tahrir Square swiftly became the emblem of the hopes of the Arab Spring. Sixteen months on, however – with the constitution still not written and soldiers guarding the doors of the parliament – the outlook for the Egyptian revolution is far from certain.

It is true that the Supreme Council of the Armed Forces (SCAF) has restated its commitment to hand control to the new President at the end of this month as planned. But on Sunday night, a bare few hours after the polls closed, the council issued a constitutional declaration granting itself both sweeping legislative and budgetary oversight and also, crucially, the final say over who will draft the constitution that will set out the President's powers.

Introducing an unpredictable new element into the Syrian crisis, a news agency said on Monday that two Russian naval vessels with marines on board were ready to head for Syria to protect Russian citizens and a naval base there, in what would be the first known reinforcement of Moscow’s military presence since the start of an uprising against President Bashar al-Assad.
The Interfax news agency quoted a Russian naval official, who was not identified, as saying that the two amphibious assault ships would head for the Mediterranean port of Tartus, where Russia has its only warm-water naval base in the region. Russia has been the staunchest ally of Mr. Assad in the 16-month-old conflict, shielding the Damascus government from stern international measures to remove him from office.

Moscow is also Syria’s biggest arms supplier, and the relationship provides Russia with its main foothold in Middle East diplomacy.

Sudan has avoided an "Arab spring" but anger is rising over spiraling food prices among a population strained by years of conflict, poverty and U.S. trade sanctions.

The Arab-African country has been struggling with economic crisis after losing three-quarters of its oil production, the lifeblood of the economy, when South Sudan seceded a year ago.

Protests erupted after news of Bashir's plans to cut the number of civil servants, reduce fuel subsidies and raise taxes on consumer goods, banks and imports.

About 250 students staged an anti-government protest in the heart of the capital for a second day, shouting "rise up, rise up", witnesses said. They also shouted slogans protesting against rocketing food prices.

Thousands of women representing social and farm movements marched in central Rio Monday to rail against the "green economy" advocated by the Rio+20 conference on sustainable development.
Behind a large banner from the international peasant movement Via Campesina proclaiming "the peoples are against the mercantilization of nature", they marched several miles to the Flamengo park, the venue for the "People's Summit" organized by civil society groups on the sidelines of the Rio+20 event.
Several hundred men closed off the march to show their solidarity.
Perched atop a truck fitted with loudspeakers, a female activist howled: "This is a march of urban and rural women against this Rio+20 charade."
"No to green capitalism! Yes to an economy based on solidarity, yes to people's sovereignty," she added.
People's Summit militants view the "green economy" concept touted by organizers of the official Rio+20 gathering as just "another stage of capitalist accumulation" after the failure of the current model.
World leaders are to gather here from Wednesday to Friday to debate how to steer the planet toward a greener and more sustainable future.

High quality global journalism requires investment. Please share this article with others using the link below, do not cut & paste the article. See our Ts&Cs and Copyright Policy for more detail. Email ftsales.support@ft.com to buy additional rights. http://www.ft.com/cms/s/0/0a26ab78-b577-11e1-ab92-00144feabdc0.html...

Ten days before Greece’s elections, a member of the neo-nazi party, Golden Dawn, repeatedly hit a female candidate of the communist party while appearing live on a television talk show and threw water over a female candidate of the radical left Syriza. The communist had just called him a “bloody fascist” and he addressed her as a “commie”. Greek elites (journalists, intellectuals, politicians) condemned his violence almost unequivocally. Yet the ugliest part of this incident was the readiness of many lay people to defend him, even cheer him, while the neo-nazis rose in the polls.

Unfortunately this episode was not isolated. Despite the narrow victory of a centrist party in Sunday’s vote, almost every day extremist violence breaks out in Athens and beyond. Neo-nazis against immigrants, anarchists and leftists. Anarchists, ultra-leftists and other fringe groups of the nationalist-populist camp against riot police, mainstream politicians, journalists, liberal intellectuals, even artists. Add to this a surge in crime and rising tolerance of violence and you have a clearer picture of today’s Athens. Does it remind you of anything?

That’s right. Greece’s situation recalls the Weimar Republic. Violence (and its banalisation), hate, rage, polarisation, fear, despair and resignation. As for the police, it has already taken sides: neo-nazis won by a landslide in polling stations where officers were assigned to vote.

THERE IS AN ARTICLE IN THE NEW YORK POST TODAY. NEW YORK CITY PENSION FUNDS ARE INVESTED IN AL GORE'S GREEN COMPANY. THE INVESTMENT PAYS BACK 33% ANNUALLY ON AVERAGE. HOW CAN THAT BE?

THE SOVIETS HAVE BEEN SUPPLYING ARMS TO SYRIA TO KILL THE SYRIAN PEOPLE. I WONDER HOW MANY SOVIET WEAPONS KILLED AMERICANS IN IRAQ FROM SYRIA? PUTIN WOULD LIKE PAYBACK FOR THE STINGERS THAT TOOK HIS CHOPPERS OUT IN AFGHANISTAN WHICH WAS OUR PAYBACK FOR NAM.

EUROPE IS VERY COMMUNIST LEANING. DO NOT THINK THEY ARE CLOSE TO US. HOWEVER FOR THE FIRST TIME IN AMERICAN HISTORY WE HAVE A COMMUNIST PRESIDENT PUT IN OFFICE BY THE DEMO COMMOS WHO COVERED UP HIS RECORDS KNOWING WHAT HE WAS.

AMERICA IS GOING DOWN THE TOILET AND THE BIG BOYS ESPECIALLY THE CROOKED POLITICIANS ARE SKIMMING WHAT'S LEFT BEFORE THE FIT HITS THE SHAN, WHEN YOU HAVE A GOVERNMENT THAT REFUSES

TO DOWN SIZE, RAISES YOUR TAXES TO PAY THE CHINESE VIG.  YOU HAVE A MAFIA STYLE GOVERNMENT. LOOK AT THEIR REVENUES. EXTORSION (FINES EPA ET AL) HOUSE AND SENATE PROSTITUTION (CHAMPAIGN CONTRIBUTIONS) INSIDER TRADING AND TRAITORING. DRUGS MAKE IT LEGAL KNOCK OFF THE LITTLE PUSHER.

REAP THE TAXES ON SALES TO JUNKIES AND GET KICK BACKS FROM REHAB SCHEMES. GET REVENUE FROM CHOP SHOPS KILLING BABIES. GAMBLING LOTTO AND CASINO REVENUE. USE UTILITY COMPANIES TO COLLECT TAXES UNDER THREAT OF MORE GOVERNMENT HARRASSMENT. GO ALONG TO GET ALONG. GO AFTER BIG BUSINESS USE SMALL INCIDENTS AND BLOW THEM OUT OF PROPORTION. EG RACIAL DISCRIMMINATION, WORK PLACE HARRASSMENT AGAINST GAYS AND WOMEN. INCREASE CAMPAIGN CONTRIBUTIONS. DESTROY FAMILY AND RELIGION TAKE AWAY TAX EXEMPT STATUS FORCING RELIGION TO BOW TO THE GOD OBAMA. BRAINWASH AND TEACH PERVERSION TO FIFTH GRADERS. USE THE MEDIA TO BRAINWASH THE HELPLESS. KEEP THE UNEMPLOYMENT FIGURES HIGH. DON'T GIVE SHOVEL READY JOBS TO WHITE CONSTRUCTION WORKERS.

LOCK & LOAD , BRO! I do believe it's here, a matter of something igniting it!!

We can sit here at our computers ad hem and haw and gripe about this "stuff", or we can ignore it, OR we can do something....I am an intercessor, I am speaking decrees and declarations into the atmosphere!  Sounds spooky to some I know, but we are seeing change come about....I don't just pray though, I work on a cqmpaign for a conservative candidate, I am in the REC, I am in the republican Womens club, I am affiliated with Christian Coalition and Faith aand freedom.  I work 2 professional jobs and I SHOULD BE RETIRD.  BUT THIS IS WHAT THE LORD SAID TO ME...if an orphan girls who had her name chnged from Hadassah to Esther to hide her. can win the heart of her king nd save a nation, then you who already have the heart of your king can do so much more to save your nationI I said here am I, send me, and He did....I have met some incrdible people on this journey...I can no longer sit an preach to the choir, I must make a difference to save our nation from this "junk".  I have  ministry called The Eastern Gate, and you can fid me on Freedom Works.  Come join me in intercession for the ntion.

"THERE IS AN ARTICLE IN THE NEW YORK POST TODAY. NEW YORK CITY PENSION FUNDS ARE INVESTED IN AL GORE'S GREEN COMPANY. THE INVESTMENT PAYS BACK 33% ANNUALLY ON AVERAGE. HOW CAN THAT BE?"

Those earnings weren't from Gore's firm. Even though, if that investment firm is getting 32% I'm calling them:)

I think this is a good lesson for everyone. When you rebel, you had better be careful who you hand the country to. Even as corrupt as the US government is, it could be a lot worse. I remember when Obama was elected and I said, "I wish Hillary would have won instead." Now those are words I never thought I'd utter.

Capitalism is not the cause of the  UN Agenda 21 green energy policy.Sorry to disappoint Brazilians..they need to look to their marxists President and the global bankers and their buddy Soros.All folks need to wake up..Revelations is unfolding before our eyes..don't care what country you live in...You must choose a side..and Revelations tells us who wins! It won't be the global green energy folks or their sheeple!

So ,amy Countries in termoil. And this is where Obama wants to take this County. Can not let this happen and need to do our best to fight back.

ok maybe I am just stupid or dense but I believe everyone wants a pay back and this is what I mean. We are a capitalist country. We excelled  in this for years . Most of the Fat Cats got that way thru our society now my question is when they allow obama or anyone else to waltz into office  they jebordize there way of life . The communist way of whats mine is mine and whats yours is also mine leaves the fat cat nowhere -so are they just dumb ?

BO gives billions to the muslim brotherhood, has the MB in the White House as guests, sends planes to bomb to save "the people that want democracy", to stop the slaughter of innocent , and Egypt ends up in complete control of the muslim brotherhood. And now Syria is going the same way and Bo wants Ameica to go the same way. Do you think the muslims are sneaking into a country, causing chaos backed by BO with the billions they have received from the US taxpayers money, slaughtering innocent women and children but blaming the bad government, overthrow the so called bad leaders, and then install the muslim brotherhhod. IN EGYPT THE MILITARY IS STILL TRYING TO KEEP COTROL BUT BO SAID YOU BETTER TURN CONTROL TO THE MUSLIMS OR THE US WILL ???? AND THIS IS COMING TO AMERICA.