The Jewish Pioneers of Sexual Degeneracy LGBT 1919 to 1945

It is clear that many do not understand what caused WW2, shall we start off with a simple introduction, of how the Khazar how they converted Judaism into a abomination. 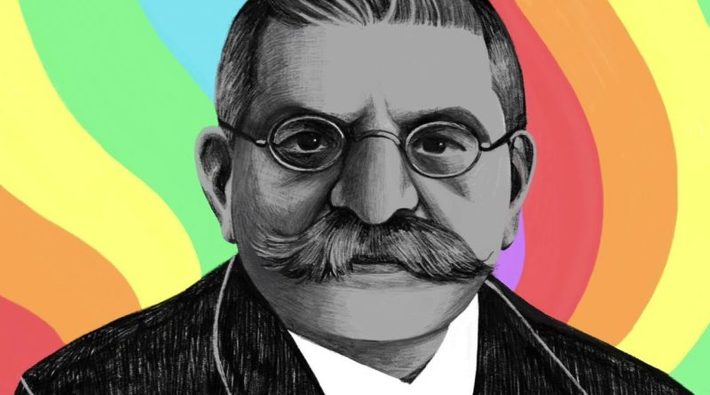 In 1919, Magnus Hirschfeld and Arthur Kronfeld, founded the “Institut für Sexualwissenschaft” (Institute for ‘Sexual Research’) in Berlin. Both were active in the German Communist Party and were prominent members of Berlin’s Jewish community.

The institute hosted tens of thousands of visitors each year, including school class field trips. Hirschfeld was a notorious sodomite, popularly known in the Berlin gay scene by his cross-dresser name Tante Magnesia.

He also founded a committee for gay rights and wrote and published many degenerate books and journals, including Jahrbuch für Sexuelle Zwischenstufen (Yearbook for Intermediate Sexual Types). In fact, he’s the sinister figure that coined the term ‘transvestite’. Hirschfeld campaigned to end the Berlin police department’s arrest of cross-dressers and prostitutes. 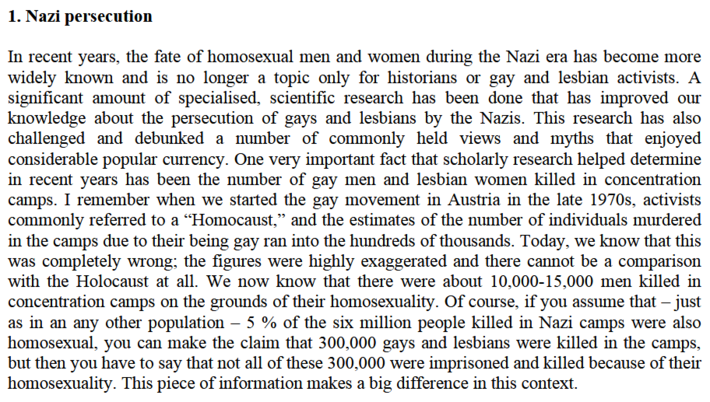 In short, Hirschfeld was the quintessential Hebraic culture-killer who Adolf Hitler explained thus: “And in what mighty doses this poison was manufactured and distributed. Naturally, the lower the moral and intellectual level of such an author of artistic products the more inexhaustible his fecundity.

“Sometimes it went so far that one of these fellows, acting like a sewage pump, would shoot his filth directly in the face of other members of the human race. It was a terrible thought, and yet it could not be avoided, that the greater number of Jews seemed specially designed by Nature to play this shameful part.” — Mein Kampf. ibid. 42. Adolf Hitler referred to Hirschfeld as the most dangerous Jew in Germany.

Hirschfeld’s institute was a monument to moral sickness and represented everything the NSDAP stood against. In May 1933, the Deutsche Studentenschaft (German Students Union) stormed this den of debauchery shouting Brenne Hirschfeld (Burn Hirschfeld) and began beating the staff and smashing the premises. The Institute was permanently closed and its extensive lists of names and addresses were seized.

A few days later the entire library was famously burned in the streets, some 20,000 books and images, along with Marxist literature and other subversive material. Ever since, without background or explanation, corporate media and palace publishers have protested against the German students emptying their swamp. 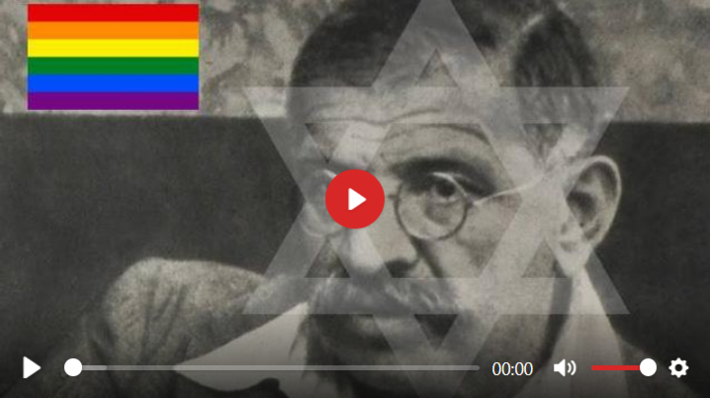 At the time, Hirschfeld was on an international speaking tour lecturing on sexuality. He never returned to Germany and died in exile two years later. In October 1941, co-founder of the institute, Kronfeld, committed suicide in Moscow at the approach of German troops. 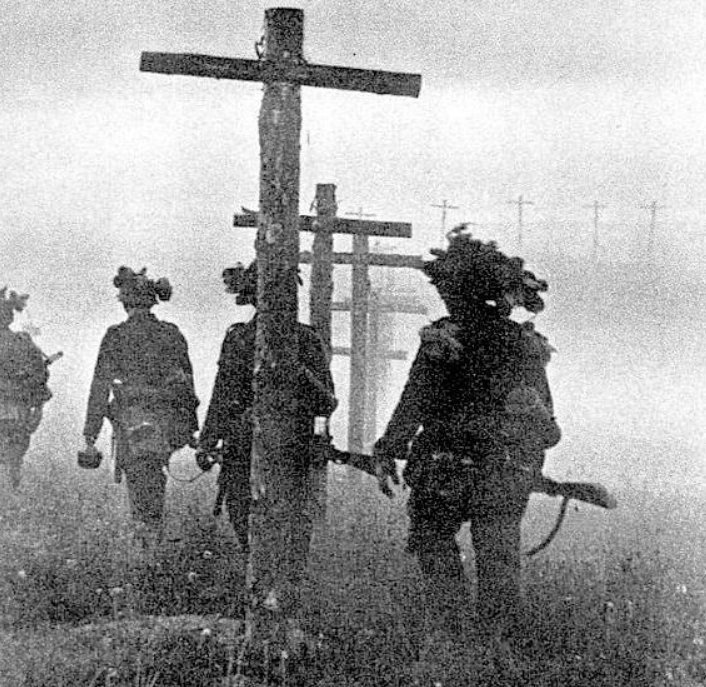 Germany started a investigation against the Russians in Poland, one of the discoveries were crosses where German and Polish Christians were Crucified on the cross, by the Homosexuals of the Russian Khazar. 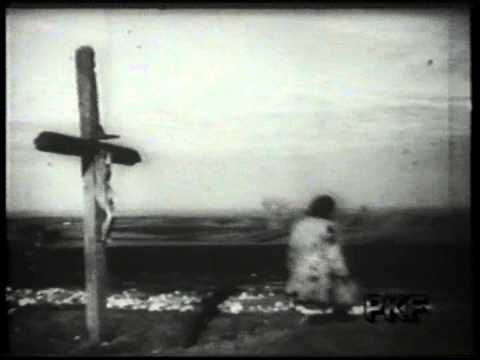 A mother in Poland reported she found her child Crucified on the cross.

That's a video I debunked months ago... it has no substance and appears to be a compilation of raw video of Hitler that has been 'electronically inserted' over background shots of iconic locations in America.  It is a doctored video...

I doubt Hitler would be traveling in a military uniform if he actually visited America.  Where are the newspaper articles on his visit... surly someone saw him and the newspapers knew of his visit?

Several of the shots in this video appear to be taken in Germany... at the 'Berghof' Hitler 's home near Berchtesgaden, Bavaria, Germany.

Really, boy have your opinion it differs on that from others, you have yours, and hundreds at another site totally freaked.

anyone can make a video... that doesn't prove anything... where are the newspaper reports of Hitler's visit or the record of the President meeting with him?  This video is unworthy of you TIf...  it is electronically altered... it has been photoshopped... cropped.

Thank you Tif, I did download that video from where you have it archived at.

Thanks and are very familiar with this from the stories my German grandfather told us. Of course, Ronnie Boy will say this is propaganda, it's not in the King James book of omissions.

Ronald is having a poo party over this video: https://teapartyorg.ning.com/forum/topics/how-would-american-teens-...

What's your Grandfather's stories about Hitler's alleged visit to America, wearing his Nazi Uniform, got to do with the price of tea in China... What we have here is a photoshopped video, purporting to be proof of Hitler's visit to America... it is proof of nothing but someone's video tampering.

If such a visit was made it would be historical... many mainstream papers would have covered the visit. The President would have met with Hitler, as he does with most world leaders... that event would be a matter of official record. Oops, none of those things happened.  Hitler's mystical trip here will remain mystical... even magical.

The Bible is a composite collection of canonized Books... 66 books in the KJV and most protestant translations, with 73 in the Catholic Bible... Tobit, Judith, Wisdom, Sirach, Baruch, I and II Maccabees, and Esther (7 Books of the Apocrypha)

The first collection of holy books into what was collectively called a bible was the Septuagint... it was written in Latin.  Those books selected for inclusion in the canon of the Bible were historically researched, indexed, compared, cross-checked and revied for contextual accuracy and spiritual content.  Many books were eliminated for various reasons over the years and the current Bible... KJV is basically the modern coalition of accepted canon.