The Assassination of President Kennedy by Two Feathers

JFK Assassination Plot, there were very few men that fought against the Federal Reserve Banking, the list of names.

Abraham Lincoln, Abraham Lincoln (February 12, 1809 – April 15, 1865) was an American statesman and lawyer who served as the 16th president of the United States from March 1861 until his assassination in April 1865.

Hitler, and he did visit America. According to documents on the JFK assassination released by the Trump administration, two U.S. soldiers uncovered cryptographic messages indicating that President Kennedy was going to be assassinated prior to the event. Private First Class Eugene V. Dinkin and Sergeant David Christensen were both thrown in mental institutions when they tried to report their discovery.

David Christensen was a U.S. Air Force sergeant stationed at an RAF base in Kirknewton, Scotland. The base had a relationship with the CIA and was used by the CIA as a top-secret listening station.

Just before November 1963, Sgt. Christensen intercepted a communication that an assassination attempt would be made on President Kennedy. According to Jerry Kroth, “Christensen heard something he shouldn’t have heard, and he heard it in a top-secret CIA listening post. As you can probably guess, Sgt. Christensen, like Eugene Dinkin, was summarily ‘committed to a mental institution.’”

One should raise an important question here as with all of these released documents: why were they withheld for half a century? Clearly, if two psychotic persons ranted off about the President being killed—and both properly confined to mental institutions as deranged —such stories would merely constitute tabloid pulp and not rise above the level of the National Enquirer. The fact that these stories never graced our supermarkets, but were withheld from the public and from scholars for five decades is certainly worth more than a raised eyebrow.

Two code operators, in secret American military installations, quite independently of each other—and both obviously with clearances—discovered chatter, decidedly secret chatter, about the coming assassination of the President of the United States. If taken seriously, it meant a deep conspiracy was afoot involving high level government and military plotters, not little Lee Harvey who was sorting textbooks in the Texas School Book Depository for $1.25 an hour.

In order to preserve the Warren Commission myth that a single, lone assassin shot the President required—absolutely and irrevocably—that such news be hidden, covered up, and sequestered from any public awareness—and indeed it was. Frankly, it is a miracle these files survived at all considering their significance. 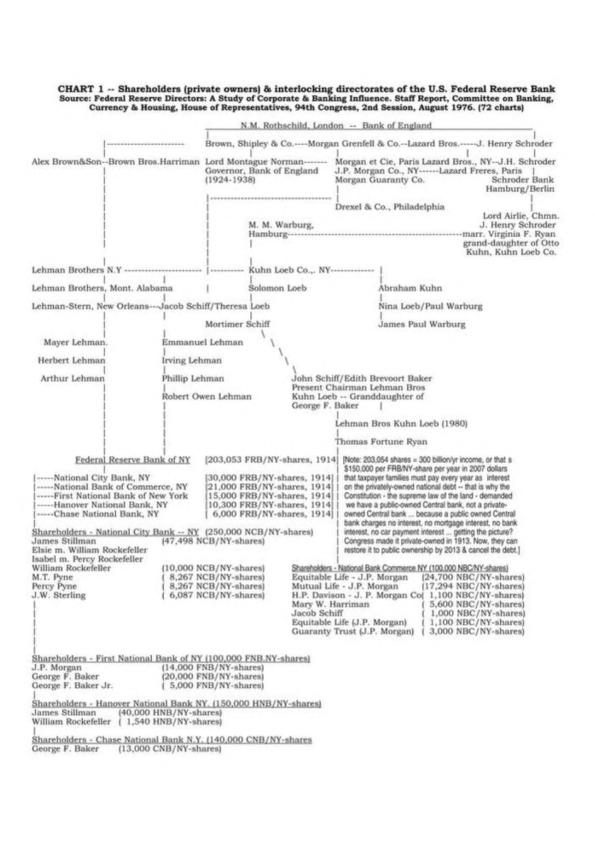 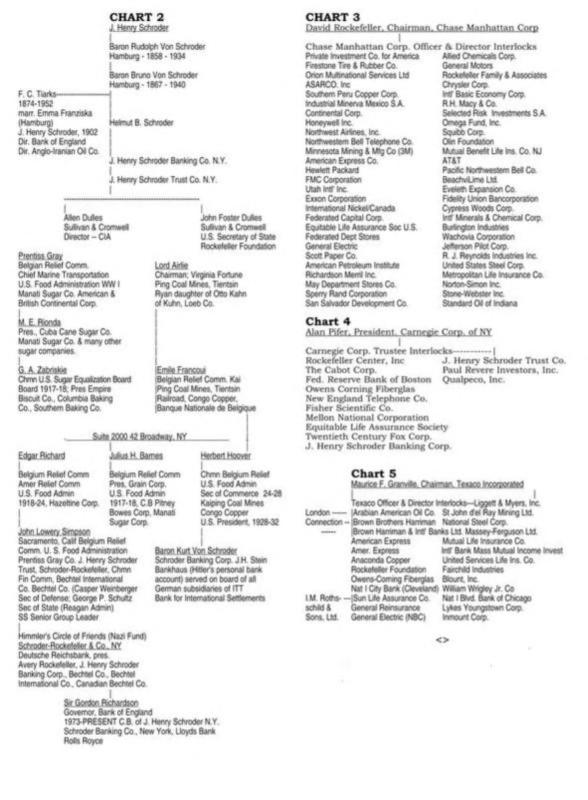 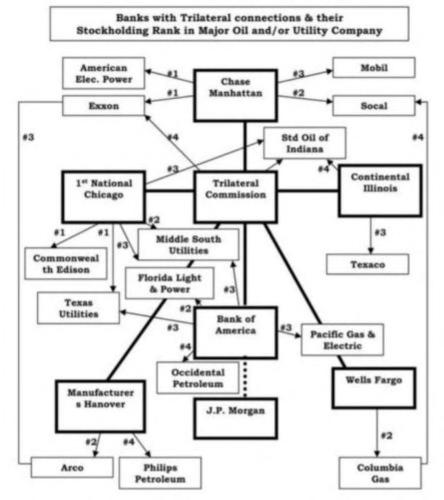 The above charts are old and illegible... in addition, they prove nothing with regard to the Rothchilds ownership ... without knowing the total number of the shares issued by each federal reserve bank and those held by each investor, it is impossible to know who has a controlling interest.

The Rothchilds are in the banking business and in fact, are the progenitors of modern banking.. hence, they will have ownership interests in many banks... but not always a controlling interest.

All banks have interconnecting relationships... that is the very nature of Banking... banks must service their customers and many have multiple accounts and the need for transacting business around the world.  Hence, direct lines of communications, transaction agreements and even ownership relationships exist... that doesn't make them preditors or conspirators looking to enslave the world.

You are the only one having a problem with the charts from the documents, I also can read it perfect..:)

I realize that your followers have a problem with reading and comprehension...

The charts you posted are from 1976... they do not contain valid evidence of who has a controlling interest in the Federal Reserve Banks.  I can not help it if you are unable to comprehend what you post.

Like I said I can not share classified Documents here, Steve's orders...:) I can not help it if you are unable to comprehend this...:)

GIve me a break... any classified information you have is either a joke or criminally obtained... if you have classified documents you are already in violation of the law.

So, now you don't have any classified items as evidence of alleged collusion in the Banking system... or what?  You either have them or you don't.

By the way, there is little reason to classify banking information... as nearly all the facets and inner workings of banking are publicly available through the Banking regulatory agencies... state and federal.

I prefer to say the above charts are on target, and I do not see anything changed from the date of 1976.