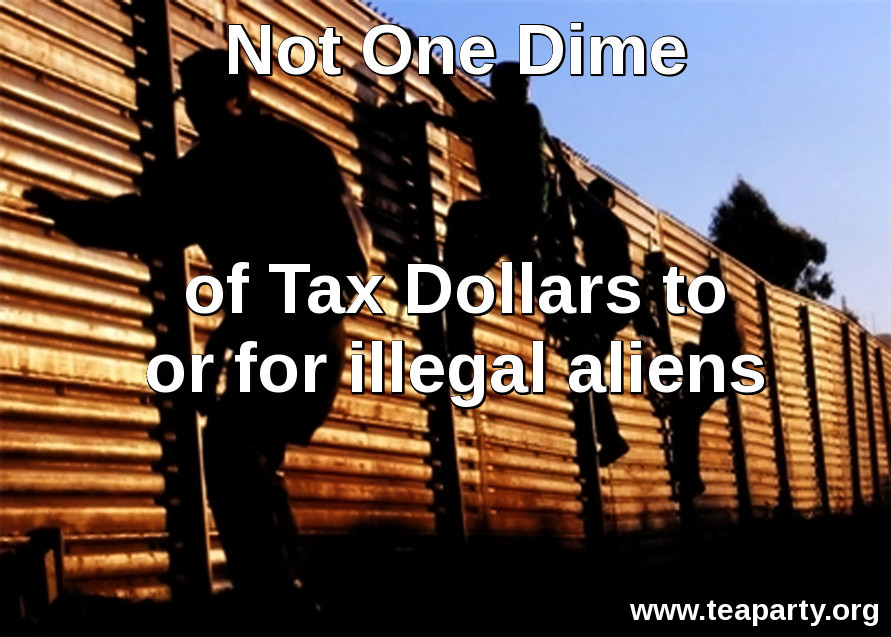 Congressman Jim Renacci (R-OH), a CPA, asked Blahous what the impact would be on the Social Security trust fund if all unfunded liabilities needed to paid out. Blahous said that they usually highlight the 75-year “open group obligation” which is currently $10.6 trillion, but said the “actual amount of unfunded obligations within the Social Security system is actually substantially higher than that. ” According to Blahous, the reason is that the shortfall does not play out gradually over time. “It’s actually something that is on the books now. There is an excess of benefit obligations over contributions for people who are already in the system. And that’s actually about $24 trillion. And that’s about 4.4% of future wages going forward,” Blahous said

POLL: .Do you support immediate deportation of illegal aliens?

Asked by Renacci if Social Security taxes this year will be adequate to fund current benefit obligations, Blahous explained that there will be a shortfall of around $80 billion this year alone.

Renacci wanted to know where the money will come from to make up the difference.

“Well, when the payroll taxes fall short of benefit obligations, the difference has to be made with payments from the general fund. Right now they’d be in the form of interest payments from the general fund to the trust fund and a large share of those interest payments would go out the door immediately to pay beneficiaries,” said Blahous. He added that $80 billion would be added to the federal deficit this year as a result of the shortfall.

I think Congress  and senate should have to make it up out of their pockets .Their the ones that stole it.

Don't you worry now you will get every "DOLLAR" you have coming to you from Social Security!

Worth less than good toilet paper

At least with TP you can wipe yer butt!

You blame Congress, what about Obama spending money like its belongs to HIM.. He now wants 4 Billion to help with the Invasion by, hiring Attorneys and judges for Illegals.. How do they rate before we the American people.

Who do you think approves all the money that Obama gets. He just doesn't dip into the piggy bank, Congress must approve any money he gets his hands on .

Take the money out of all the Democrats money they have.   They have stolen the money from Social Security to line their pockets. They have stolen trillions of dollars out of Social Security and when and if these idiots are Impeached they ought to be made paid every penny they have stolen from the American people.  There is a deficit but it is because of the Democrats and RINO'S who are Republicans in name only.  Tfime for Impeachments immediately.  Okay American people contact Boehner every day all day long if it takes it to have these evil corrupt communist Impeached.  As much money as these morons have given other countries could have had our economy and more jobs than you can shake a stick at, but no trillions of dollars have gone to these foreign countries for what?

Demand that CONGRESS repay ALL the money that has been STOLEN from Social Security since Lyndon Johnson put the funds in a "general funds" account, making it fair game.

No, the destruction of America was not planned by Muslims. It was planned by the world bankers and globalists around 1900. Muslims at that time could do nothing, except play in the sand with their camels and goats.
1913: World bankers get the Federal Reserve Act and income tax placed on the American People.

Since then, Americans have been deliberately enslaved to government benefits. Now the globalists want the globe and America to collapse in bankruptcy and chaos. And out of that chaos, hardship, and death, Americans will ask the world bankers to save them, thus the opportunity for one world government arises.

Past generations failed to prevent government dependency. When the dollar becomes worthless, all those on government pensions, welfare, and Social Security will be left to fend for themselves. It won't be pretty!

The money you gave government for social security is gone. Your government spent it on other wasteful things... Idiots governing idiots doesn't work!

Separate social security from those welfare programs such as SSI (Suplimental Security Income) for a start. Please do not confuse SSI with justified disability benefits. They are NOT the same.

The Social Security Administration should be dealing with its original mandate, not expanded to include those who paid not one single penny into it.

You do not see the big picture Diane

Gee! What ever happened to Gore's little lock box…. IT NEVER EXISTED AND THE GOV. SINCE THE LYING TEXAN JOHNSON STOLE IT FOR GOODIES FOR THE WAR ON POVERTY.