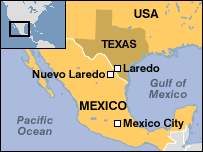 A deadly shootout at the construction site of the new American Consulate occurred this week in a Mexican border town where Islamic terrorists and drug cartels plan to launch attacks against the U.S. during the period surrounding the presidential inauguration, high-level government sources tell Judicial Watch. An unknown number of gunmen fired multiple rounds adjacent to the new U.S. Consulate compound in Nuevo Laredo, Mexico, a crime-infested city in the state of Tamaulipas that lies directly across from Laredo, Texas.

The Mexican military responded to the attack, law enforcement sources on both sides of the border confirm insisting that their identities be kept confidential for security reasons, and at least three soldiers were either killed or critically wounded in the ambush. A local newspaper in Tamaulipas reported that 13 people died during a shootout in Nuevo Laredo, referring to the deceased as heavily armed “delinquents” with an arsenal that includes 12 automatic weapons, a rocket launcher, grenade, loads of ammunition and drugs in three vehicles, one of them armored. The deceased have not been identified and Mexican authorities will continue to investigate, the article states, attributing the information to a press release issued by Mexico’s Defense Secretary.

Judicial Watch’s law enforcement and intelligence sources say the barrage outside what’s soon to be the new U.S. Consulate is connected to a broad operation between Islamic terrorists and Mexican drug cartels to send President-elect Donald Trump a message by engaging in attacks at border ports. “Cartels usually don’t work with jihadists for fear of having the border shut down,” a veteran federal law enforcement official told Judicial Watch. “But Trump is causing so much disruption in Mexico that they are partnering to send a message as to who is in control. This is as outrageous as a small group of guys crashing planes into U.S. buildings.” Another official who has worked in the region for years said “Trump is causing a huge amount of fear in Mexico throughout all sectors; private, government, business, criminal, police….”

Nuevo Laredo is among the border towns that the terrorists and narcotraffickers plan to launch attacks in, according to intelligence gathered by law enforcement agencies in the U.S. and Mexico. Others include Matamoros, Reynosa and Ciudad Juárez. In 2015 Judicial Watch reported that ISIS is operating a camp just west of Ciudad Juárez, around eight miles from El Paso. Sources that include a Mexican Army field grade officer and Mexican Federal Police inspector revealed that, during a joint operation, they discovered documents in Arabic and Urdu, as well as “plans” of Fort Bliss – the sprawling military installation in El Paso that houses the US Army’s 1st Armored Division. Muslim prayer rugs were recovered with the documents during the operation.

Permalink Reply by Hilary Joseph Hogan on January 13, 2017 at 7:44pm
Boy, thanks for that update! I was afraid there was some invasion coming. I know how hateful thems kunicks are. Oops, wrong border.

United We Stand with Israel-Yisrael and our Judeo-Christian Nation United States of America,  Divided We FALL!!

God Bless all my Sisters and Brothers in Christ Jesus-Yeshua and Your Families and Friends!!

We keep trying,  to tell everyone there is a problem NASA, but they keep saying oh, don't worry about it. Someone needs to get it right, they want Donald Trump Dead. And the DNC has made it clear, they will pay for terrorist to be blamed.

Unless some can explain why Obama has allowed this to happen. To prevent this potential  'Workplace Violence', we should offer these jihadists jobs. Then they'll probably start liking us. Right? 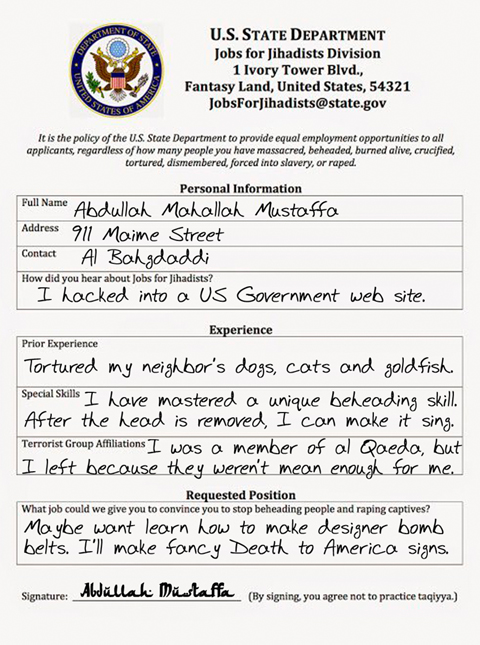