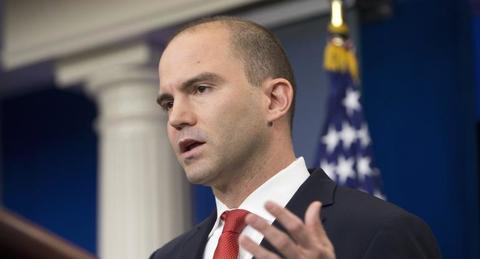 Last month, PJ Media's David Steinberg noticed that media had been covering the nothingburger about Lt. Gen. Michael Flynn's phone calls with Russia's Ambassador to the U.S. Sergey Kislyak like it was the story of the century. Meanwhile, media was ignoring truly explosive revelations about secret meetings between Obama administration officials and Iranian operatives concerning the Iranian nuclear deal.

It almost looked like Obama adviser Ben Rhodes' media echo chamber was still operational even after his boss had left office.

A U.S. intelligence official told NBC News that the FBI had found nothing improper in the eavesdropped telephone calls:

The official, who spoke on condition of anonymity because they were not authorized to speak to the media, said late Monday that there was never a formal "investigation" of the calls in December between retired Army Lt. Gen. Mike Flynn and Sergei Kislyak, Russia's ambassador in Washington.

According to the source, who was confirming a Washington Post report earlier Monday, intelligence officials merely listened in as part of routine eavesdropping on Kislyak.

These same " often-clueless" reporters the Obama administration was " ventriloquizing" were just utilized as gleeful political pawns yet again. Mike Flynn's brief calls and texts with the Russian ambassador should have immediately been dismissed as common diplomatic activity; they weren't, in service of a cynical political end sought by not just the Democratic Party, but by the media outlets themselves.

While Flynn allegedly misled officials, including Vice President Mike Pence about what he said to Russia’s ambassador, the real story here is about who leaked classified information about his phone calls to the media.

According to a report in the Washington Free Beacon, deep state loyalists are working diligently behind the scenes to undermine the Trump White House, while Ben Rhodes' gang of media toadies are indeed still "ventriloquizing" on the former president's behalf:

The abrupt resignation Monday evening of White House national security adviser Michael Flynn is the culmination of a secret, months-long campaign by former Obama administration confidantes to handicap President Donald Trump's national security apparatus and preserve the nuclear deal with Iran, according to multiple sources in and out of the White House who described to the Washington Free Beacon a behind-the-scenes effort by these officials to plant a series of damaging stories about Flynn in the national media.

The effort, said to include former Obama administration adviser Ben Rhodes—the architect of a separate White House effort to create what he described as a pro-Iran echo chamber—included a small task force of Obama loyalists who deluged media outlets with stories aimed at eroding Flynn's credibility, multiple sources revealed.

The operation primarily focused on discrediting Flynn, an opponent of the Iran nuclear deal, in order to handicap the Trump administration's efforts to disclose secret details of the nuclear deal with Iran that had been long hidden by the Obama administration.

Insiders familiar with the anti-Flynn campaign told the Free Beacon that these Obama loyalists plotted in the months before Trump's inauguration to establish a set of roadblocks before Trump's national security team, which includes several prominent opponents of diplomacy with Iran. The Free Beacon first reported on this effort in January.

According to Free Beacon's multiple sources, "top members of the Obama administration's national security team launched a communications infrastructure after they left the White House," and even told reporters that they were "using that infrastructure to undermine Trump's foreign policy":

"It's actually Ben Rhodes, NIAC, and the Iranian mullahs who are celebrating today," said one veteran foreign policy insider who is close to Flynn and the White House. "They know that the number one target is Iran … [and] they all knew their little sacred agreement with Iran was going to go off the books. So they got rid of Flynn before any of the [secret] agreements even surfaced."

there better be people going to jail on this one

Dems have for years planned takeover of intelligence agencies. This is how they managed to corner Bush with false leak of WMDs in Iraq. After Obama took office, his administration headed by Valerie Jarrett, managed to organize a complete takeover by getting rid of anyone who opposed his plan. Many generals retired while he strategically replaced them with loyalist to his cause. He appointed others to sensitive intel positions with instruction to only keep people can be trusted. He manage to create an array of groups designed to distract and confuse oppositions. It started with Acorn, OWS, race baiting, BLM, and groups grew to several thousand that react to his call to arms. Then we had Manning, Snowden, Flynn forced to resign, Petraeus set up with an Obama whore, and many others who went out quietly. So now, Obama controls the 16 intelligence agencies, NSA being the big one. This was all set up to provide DNC and media with information when their actions were threaten. Now, in comes Trump. Completely unintended, Obama administration now has a problem. So the leaks begin. How do you stop this? Shut down all intel agencies until leakers are found. All employees should be given lie detector test. The guilty need to be placed at Gitmo as enemy combatants. The players need to be exposed to the public no matter how confidential it may appear. If not prepared to do this, Democrats will gain control again of the presidency and nothing will change. Draining the swamp does not mean getting rid of presidential appointees. It means getting rid of all holdovers from the Obama administration down to the janitor who cleans up afterward.

Perhaps Obama belongs in  Gitmo as a resident.

It seems these people will not go away. how about sending all democrat's to the fema  camps and put a high wall around them.

The Dark, UGLY, hand of ovomits reaches out to taint America once more!

What the hell is wrong with these jackasses??  I don't believe there's been a president in our history who has had to go up against so many irrational, unpatriotic citizens/government ever.  The won't even give him a CHANCE....it's just attack, attack, attack.  Wasserman can't go to hell soon enough...

While speaking Wednesday on CNN, Schultz implored that it was not yet time to speak about potentially impeaching the president.

“I think you don’t call for impeachment until you have an independent, bipartisan investigation and you can get to the bottom of the possibility of high crimes and misdemeanors being committed,” she said.

This notion of possibly impeaching Trump came from uncorroborated “evidence” from the media that he and his team had colluded with the Russians during and after the 2016 presidential election.


Wasserman Schultz was adamant in her belief that a thorough investigation needed to be conducted first before talks of impeachment were even broached.

The reaction from her fellow leftists on Twitter was not positive, to say the least.


The core contention of Schultz’s critics was that her disgraceful past — it was learned in the summer of 2016 that she had colluded to sabotage the presidential campaign of Sen. Bernie Sanders, D.Vt. — made her and her beliefs irrelevant.

The anger toward Wasserman Schultz was strong, with many liberals raking her over the coals for refusing to jump on the Trump impeachment bandwagon.

@OutFrontCNN @AC360 @DWStweets @ErinBurnett Why would DWS be considered a reliable source of info? Lied and cheated at DNC. No Trust there

@OutFrontCNN @DWStweets @ErinBurnett @CNN How did throwing Bernie Sanders down the stairs work out for you Debbie?


One lone Twitter user did defend Schultz, writing, “She’s right.” However, she also added that Schultz still makes her “sick to my stomach.”

"Insiders familiar with the anti-Flynn campaign told the Free Beacon that these Obama loyalists plotted in the months before Trump's inauguration to establish a set of roadblocks before Trump's national security team, which includes several prominent opponents of diplomacy with Iran.

The Free Beacon first reported on this effort in January.

According to Free Beacon's multiple sources, "top members of the Obama administration's national security team launched a communications infrastructure after they left the White House," and even told reporters that they were "using that infrastructure to undermine Trump's foreign policy":

"It's actually Ben Rhodes, NIAC, and the Iranian mullahs who are celebrating today,"

said one veteran foreign policy insider who is close to Flynn and the White House. 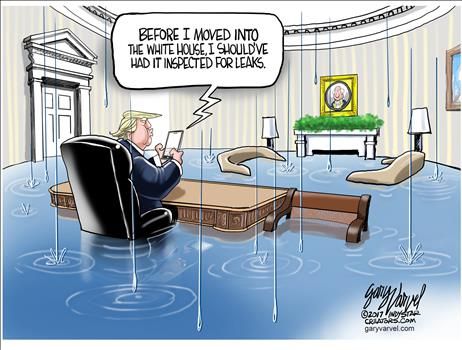 "They know that the number one target is Iran … [and] they all knew their little sacred agreement with Iran was going to go off the books.

So they got rid of Flynn before any of the [secret] agreements even surfaced." "

Now that Obama and his followers, the lame-stream-media, the democrats, the progressives, the RINO's, the liberals, the left, and all other anti-President Trump, anti-United States, anti-Make America Great Again have the 'taste-of-blood' there will be many more attacks on President Trump, his administration, his family, the administration's families, and on We The People.