Retired Pittsburgh-area manufacturer Bill Been stumbled into what may prove to be the most significant presidential vote fraud scandal since, at least, 1960.

Although Been did not buy into the myth of the missing millions of Republican voters for Mitt Romney in 2012, he was troubled by the Romney shortfall in at least three Pennsylvania counties: Philadelphia, the suburban Philadelphia county of Delaware, and the Pittsburgh-area county, Allegheny.

In fact, Romney outperformed John McCain’s 2008 numbers in virtually every state, including Pennsylvania, but in these three counties, he received 35,000 fewer votes than McCain had in 2008.

A mathematician by training, Been set out to understand the localized Romney shortfall in Allegheny County. There was an obvious binary nature to the problem: either fewer Republicans voted in 2012 than in 2008 or the official Allegheny County Voter History failed to record all the votes of those who did.

To solve this problem, Been planned to ask those Republicans who voted in the 2008 presidential election but did not seem to have voted in 2012 whether they actually voted or not. More than 24,000 people fell into this category.

To test the thesis, Been ran a preliminary phone survey in the Gibsonia area. Of the 21 people he reached who fit this description, 18 of them (or their spouses) claimed the person in question did, in fact, vote for Romney in 2012.

The phone survey, although unreliable in itself, showed Been that further testing was warranted. To enhance reliability, he would need to walk the test door-to-door and have respondents sign a notarized affidavit swearing their response to be accurate. The affidavit read as follows, “I, __________, who currently resides in Allegheny County, Pennsylvania, do affirm that I voted in the General Election held on November 6, 2012.”

Been took the survey to 179 households. 130 of the targeted voters were not at home or no longer at that location. Of those remaining, 38 were willing to answer the question of whether they voted in 2012. Of these, 13 said they had not voted and 25 said they had voted in the 2012 election.

When combined with the phone surveys, 49 voters were identified as having voted, none of whom were listed as having voted in 2012 on the Bureau of Elections CD. Of the 49, 22 were willing to sign an affidavit testifying to the effect that they had voted in 2012. Several expressed disbelief that their votes may not have been counted.

Although Been’s sample is too small to project with any accuracy, it is possible that as many as half of the 24,000 missing voters in Allegheny County actually did vote in 2012.

Is it within reason to question whether election officials simply chose not to record thousands of Republican votes? If the numbers in Philadelphia are any indication, the answer is yes. A week after the 2012 election, for instance, the Philadelphia Inquirer reported that in 59 inner-city voting divisions, Mitt Romney received no votes.

“These are the kind of numbers that send Republicans into paroxysms of voter-fraud angst,” reported the Inquirer glibly. Well, yes they do. When Barack Obama outscores Romney by a combined 19,605 to zero votes cast in these 59 districts, the stench of fraud is surely in the air. Fidel Castro never did this well. That said, not a single major media outlet followed up on the Philadelphia story.

They should have. According to Roper, Romney received 6 percent of the black vote nationwide. If those numbers held in Philadelphia, and there is no reason to believe they would not have, nearly 1,200 of these Philadelphia voters would have voted for Romney.

This is a story the media should have hopped on. They did not. Instead, they have left the research to enterprising individuals like Bill Been. Knowing nothing, the media smugly question the motives of anyone, presidential candidates especially, who points out the obvious. The night Obama was re-elected, I announced,in front of three people, that he did not win.  I knew it then, and I know it now.    Would anyone doubt that they cheat?  and Lie? and Libel?    I did not believe there was any way he could have won.    However, Voter Fraud seems to be alive & well, and it is being publicized ,I believe, to demoralize Trump Voters, have them give up hope.     My question would be:  If it is a problem, let's don't discuss it like helpless victims, let's try and come up with a way to combat it!!     Thanks Marilyn for a great Post.

I was watching when it was announced that Obama was reelected.  Obama had a rather surprised or should I say shocked and disappointed look on his face.  Biden on the other hand was hopping around like the village idiot he is.

Obama knew he should not have won and was surprised the criminals who ran his campaign were able to rig the election as they did.

We all need to be as watchful as possible for what goes on but sadly, these characters have so many evil tricks up their sleeves that it is hard to keep up with them.

One thing we can do, is use social media to get the message that we will be watching and remind people that it is illegal for non citizens to vote in our elections and that we will report any such activities to the authorities!

The trick is to get the" AUTHORITIES" to do anything about voter fraud . Again , many years ago the DNC and the RNC made an agreement to not contest a presidential election because of voter fraud . The DNC have taken full advantage of that agreement by busing people in to vote who are not registered in precincts they are busted , getting people to vote more then once or having voting machines rigged to change the vote to their candidate . Until that agreement is null and Void the DNC will continue to play their game of voter fraud .

The problem with attempting to correct voter fraud is that those individuals responsible for doing so are the very one's promoting voter fraud... both political parties are engaged in one form or another of voter or election fraud...

How does one get the DOJ too go after the President?  Special Prosecutors are needed and they are questionable in a system as corrupt as we have let ours become.  Civil Wars start from such corruption... when the people's voice is totally ignored and their consent to be governed is obviously withdrawn (visa vi every poll that measures government performance)... what does one do.

Our forefathers... after many years of petition and appeal resorted to war in order too remove the increasingly heavy and corrupt hand of King George... Jefferson once said: "The Tree of Liberty needs refreshing from time to time with the blood of tyrants and patriots"...Liberty is not free and Freedom comes with a price... vigilance ignored leads to tyranny and tyranny to revolt.

Revolution is brewing in the living rooms of America... the Patriot is at his end ... he has attempted to petition and appeal to the leaders of our government, only to be ignored and LABELED as:  bigots, racist, homophobes, misogynist... and recently domestic terrorist.  The only thing restraining the Patriot is lack of leadership, a national organization and funding, too support a more activist campaign for the return of Constitutional government to our Republic.

EVEN OBUMMER DIDN'T THINK HE HAD A CHANCE OF WINNING IN 2012!  WHY?  HE BOUGHT THE HOUSE IN HAWAII TO MOVE HIS ASSININE FAMILY TO!  ANYBODY REMEMBER? 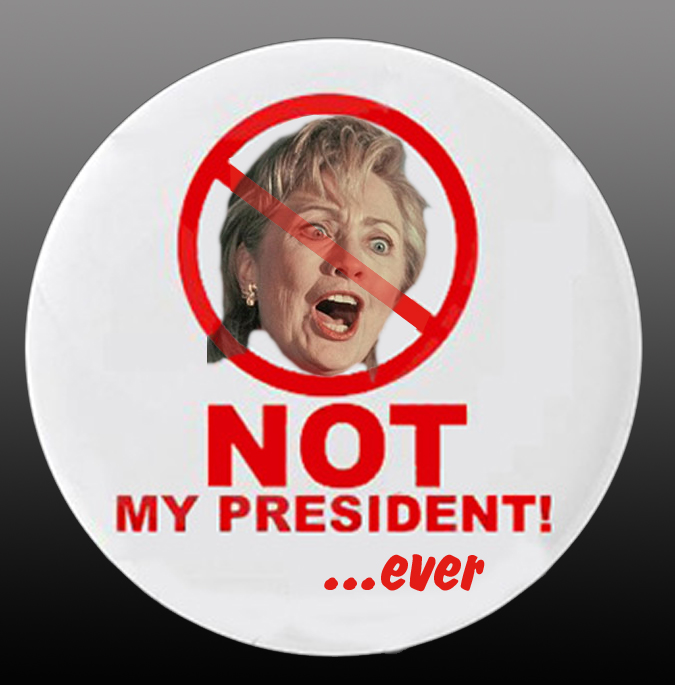 Thanks for this poster, I just reposted it on FB.

Permalink Reply by PHILIP SCHNEIDER on October 24, 2016 at 6:24pm
Democrats cheat and steal. It applies to our elections as well.
The media will do everything they can to assist the democrats.
This presidential election is no different.
WE THE PEOPLE MUST MAKE SURE the same corrupt fraud does not steal another election.
Trump is absolutely right to declare he won't automatically accept the EXIT POLLS by a complicit media as the REAL VOTE.
HE SHOULD CHALLENGE each and every possible fraudulent vote count or missing vote.

If significant fraud occurs this election Trump must not acquiesce to the official result... we must take the battle to the Streets.. Trump needs a plan NOW... too address any fraud in this election; too include a plan to mobilize tens of millions too take to the streets demanding the current government resign subject to the passage of a Recall and Term Limits Amendment..

Recall all those elected and or appointed to public office... subject to new elections that term limit every sitting member of the government removing them from ever participating in government again.  We must establish Term Limits:  1 Term, 6yrs for all elected and appointed officials, 1/3rd Standing for election or appointment every 2yrs.  End the power of incumbency and take away the need to raise money and support for a second term.

Be prepared to take to the Streets in peaceful civil assembly with specific petitions demanding Term Limits and a recall of all elected and appointed officials... massive, persistent and pervasive assemblies in every Capitol in the Nation.... with those in assembly on Strike and those who are unable to assemble remaining at home on strike... shut down the economy... except essential services... and remain assembled unitl the government acquiesces to the People's demands.

Do all we can to avoid any violence... while peacefully assembled and petitioning the government to pass our requested Amendments and any reform legislation needed to implement  the recall and new, SECURE, elections.

This warrants a death sentence of democrats for voter fraud.