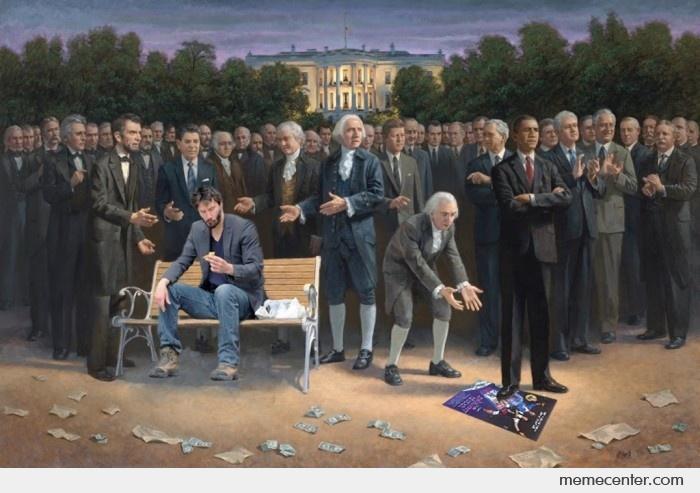 In his 2016 victory speech, Donald Trump talked about “the forgotten men and women of our country,” declaring that they “will be forgotten no longer.” Today, after months of impeachment proceedings, accusations of wrongdoing and a media that has reported overwhelmingly negative stories about him for three years, his polling numbers are at their highest ever.

Why? Because the president kept his promise to remember the forgotten, and he’s continued to push ahead with policies to help them and every American.

President Trump’s “forgotten men and women” are the farmer, the factory worker, and the middle-class men and women who have been ignored or even sneered at by Washington politicians. They are the people of “flyover country” and “Middle America.” They are the people CNN host Don Lemon and his guests recently made fun of when they called Trump supporters rubes and used mock Southern accents to paint them as uneducated, illiterate and unable to find places like Ukraine on a map.

Mr. Trump’s “forgotten” are the average, patriotic hard-working Americans who pay taxes for government programs many of them will never use. Many are religious. Some are gun owners. A surprising number are Democrats, independents or political agnostics.

Indeed, African-Americans are part of the forgotten, too. For decades, politicians have repeatedly promised urban communities good jobs, good schools and safe neighborhoods. Instead, they have delivered policies that more often increased crime, degraded educational standards and made it harder to get work. As the daughter of a former welfare recipient who spent my early years growing up in government housing, I know this more than most.

Replies are closed for this discussion.

I believe Donald Trump is the man for the hour and he is going to be reelected again.

I am a devout Christian Conservative Republican Patriot in our Judeo-Christian Nation United States of America and I STAND with the Holy Land of Israel-Yisrael!!

Is he really, has Trump removed the 20 million illegals from America?

Has Trump voiced a opinion against the Rothschild and the Federal Reserve banking taking cash away from the people of Israel?

Does the Rothschild, the founder of Israel really give a _______ about the Israelite's of Moses?

Does the Administration still want to force 5g human implants on the world for tracking and banking?

We knew the Impeachment was fake against Trump, but will Trump finish the border wall or will the UN stop it, and force Israel to take down their wall..:)

Do you really think the system gives a _____ about you all, even if your a Jew or Gentile?

What?  Where do you come up with such questions...

has Trump removed the 20 million illegals from America?  No, because the Courts only recently have provided a way for Trump to remove some of these illegal aliens.  The dependency test... any illegal on welfare or other government assistance can now be deported without any further hearings. We will have to see how rapidly Trump's bureaucracy adapts and begins the removal... don't look for the COMMUNIST DEMOCRATS to stop their obstruction of our immigration laws or their felony harboring of these criminals... What is needed is to begin prosecution of those aiding and abetting Human Trafficking, obstructing justice, felony harboring (sanctuary is open organized criminal activity needing CRIMINAL prosecution.  Those harboring illegal aliens are engaged in RICO conduct, obstructing Justice and violating a host of criminal laws... What the HELL IS BARR doing about it other than ignoring the criminal conduct... which is also a crime... misprision of a felony.

Either way, we need to realize that Trump is the man for this hour because the last 8 years is not good at all.

Is Trump the man, come on, is he Jeff, see link:

My orders from my dad was to help find the information on the fake Impeachment Scam, but I will not be voting this year for sure..:)

Get a pair of good glasses and maybe... just maybe those chemtrails will show up as ice crystals formed from the condensation of the hot exhausts from the engines on those highflying Jets... rather than some delusional conspiracy to poison Americans.

Why would I do that... I flew military aircraft for several years... Most of the vaper clouds associated with high flying jet aircraft are created by jet engine exhaust... You're a twit and an ignorant conspiracy theorist.

Why would government agents put chemicals in the air that THEY AND THEIR CHILDREN HAVE TO BREATHE... as well as the general population?

They really do hate us Goys, because God created us. And Gosh, we are going to a convention, and we are going to show people who are called Jews, is you believe in Christ, then you are Hebrew.

The 14th century footnote about the word jew, and how it was created. Its all very Russian EU...:) And the British EU Khazar in Israel, are destroying that land.

And to just think the Rothschild called himself the King of the Jews, to make a slave out of them.

At the UN telling the world President Trump told us. But who will act on their freedom?

In America, the People rule...  quote the President.  We are seeing a shift away from centralized government control and a return to government by the people, for the people...

The President has his hands full attempting to shift the focus of government away from the elite oligarchy holding it today... returning it to the People.  This process is just beginning to show returns.  Let us hope that Trump doesn't back down as they threaten him and his family.

What is next, Pres. Trump needs to clean out the DOJ, beginning with the AG.. Barr is not his friend nor is he the friend of the People.. not one indictment by his DOJ of the criminals in the FBI, DOJ, Intel-services, Congress, and MSM... Let the Pres. fire the AG and a host of US Attorney's continuing to fire them until he appoints those who will prosecute the DEEP STATE. The current bunch in the DOJ are totally out of control and exist only to further the abuses of the deep state... fire them Mr. President... fire them all.  Better no attorneys than corrupt attorneys.

Major reforms in the DOJ and US Attorney's offices ... focused on cleaning out the Swamp must now take place if we are to have real reforms and a return to our Republican Form of Government... where the people are the sovereigns and their servants serve them and not special interests.