During the massive anti-Donald Trump protests held in California the day after Election Day, one woman CNN spoke to called for violence and death as a means to enact political change.

“If we don’t fight, who is going to fight for us? People had to die for your freedom where we’re at today. We can’t just do rallies, we have to fight back,” said Lily, a Latina woman from Los Angeles.

“There will be casualties on both sides. There will be, because people have to die to make a change in this world,” she continued. “Trump, enough with your racism. Stop splitting families. Don’t split my family.”

Watch above, via CNN.

We learn that a Los Angeles Latina woman is calling for mass deaths to defeat Trump. "People have to die to make a change in this world," she says, meaning of course that white people must be murdered en masse for her own race to conquer California and take over America.

But this call for genocidal mass murder is just the beginning of how leftists really feel, now that they've lost the White House, the Senate, the House and the US Supreme Court. They just can't wait to murder as many white people as possible. To them, this is called "tolerance" and "inclusiveness" because they are all mentally deranged lunatics, of course.

As this Infowars article shows a Chicago mob of Clinton supporters beating a Trump voter to a bloody pulp, all while screaming, "You voted Trump? You gonna pay for that sh#t!"

Another woman shouts “beat his ass,” while another man is heard laughing before remarking, “Don’t vote Trump.”

A second video of the incident which is dubbed with the “F**k Donald Trump” song, a phrase now being chanted by “protesters” across the country, shows one of the attackers driving away in the man’s vehicle while his hand is still stuck in the window as the car drags him down the street.

In other words, the lynching of whites across America has begun, courtesy of your friendly neighborhood leftist bigots.

Not to be outdone by the violent racist bigots in Chicago, the triggered snowflakes in Oakland have decided to start setting fires to their own communities while screaming "F##k Donald Trump!" The idiocy of this tactic is, of course, a perfect representation of the extreme hatred, destruction and racism of the political left.

Anti-American leftists in Portland, Oregon, another bastion of communists and leftist dipsh#ts, decided to set fire to the American flag while chanting racist, bigoted memes against Trump and his supporters:

My thought, exactly - and are they registered to vote - are they ILLEGALS - oh wait, that wouldn't matter - the POTUS told them that ILLEGALS should go vote because there's no way to check if they're IILLEGAL or not. 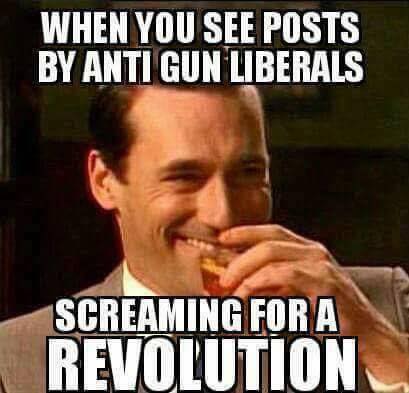 Larry, I agree.  If they come and riot in my neck of the woods, rural Oklahoma, those fools will be the ones dying because we have guns and many of us are combat veterans and have "been there done that" while those whining piss ants have never done anything but be pampered  that skank is long on mouth and short on brains and should be arrested for making terrorist threats against law abiding citizens.  Come after me, punk loud mouth!!!!!  I live in Claremore, Oklahoma and am more than willing to see your riot and raise you a 7.62 x 39 in your big punk mouth!!!!!  I'm not afraid of you or any of you snotty punk friends!!!!!

Why isn't Obama and Hillary calling for peace and non violence?  This shows very immature behavior..instead, all kind of plans are being made to make sure Trump is never President in whatever way they can and Hillary can be made president.. I got an email by OUR REVOLUTION thinking I was a Hillary supporter wanting my input on how to take Trump down..I responded by telling them that I am a Trump supporter and to never contact me again..Hillary is a liar, scam artist and only cares about herself, POWER AND MONEY.   HERE IS THE EMAIL I RECEIVED FROM THEM.

This week the unimaginable happened, Donald Trump was elected president of the United States. It is unconscionable that so many in our broad and beautiful country are filled with a palpable fear for their safety and the safety of their loved ones.

Throughout his campaign, Trump emboldened a group of people to spew hatred and violence against some of our most vulnerable. Through insulting communities of color, demeaning women, disrespecting veterans, and advocating for unequal treatment of Muslims and other minority groups, some see the example Trump sets as a license to hate.

While there may be some opportunities to help working people during the Trump administration, we know that the manner in which Trump ran his campaign shows extreme danger may await some of our most vulnerable people. It is so important that we as a movement vigorously oppose any racist, sexist, xenophobic and anti-environment policies pursued by a President Trump.

We need to know from you how you can help us organize under a Trump Administration. What are the fights you want us to prioritize? What's important to you?

Tell us how and what you want Our Revolution to fight under Preside...

At this moment, we need to come together and forge a path ahead. In the coming days, we will reach out to our communities all across the country and ask them, if they haven’t already, to form organizing committees and create state plans, detailing what goals and changes they hope to see in their state. We will aid these committees in their strategies to protect the dignity and safety of our most.

We don't know yet specifically what will come first in a Trump Administration -- what kind of policies will target people of color, or women, or the working class. We don't know yet which fights will be in front of us.

We do know that we need to be ready for whatever comes. Our strength will be our unity and diversity.

Click here to tell us what Our Revolution should prioritize and how...

All of us have the added responsibility of defending and protecting the basic rights and civil liberties of those who have been on the receiving end of the President-Elect’s hate.

The political revolution will continue. It must be strong, It must be made up of thousands of people standing together to say "ENOUGH IS ENOUGH," it's time to take back our country from the billionaire class, and to protect the most vulnerable people in our country from Donald Trump's administration.

Thank you for being a part of our revolution.

Shannon, Larry, Erika, Kyle, and millions of people who are part of Our Revolution.

TELL US HOW
YOU CAN FIGHT »

all bovine scatology from a bunch of leftist punks.  There is no hatred ad racism coming from Trump supporters, it is coming from the communist punks.  I will tell them how I can fight.  If they bring their B S to me they will regret it.  I won't go looking for a fight but if it comes I will show them what I learned when I was in the U S Army dealing with the same kind of scum who liked to attack peaceful people!!!!!

Hmmm, thoughts???? Let US Patriots and Militia minded Freedom Loving people band together and open up a Giant Can of WHOOPA** ON THE sore ass thugs and bullies?

We all should keep in touch, even in hear. Oh by the way the democrats as we know started this.

Have you heard about the GoFundMe pages where they are asking for funds to kill Donald. I believe they have found 9 so far.

And WTH is GoFundMe allowing that when they shut down the one for a Christian couple losing their bakery to the LGBT?  Thought their claim was it couldn't be for something violent, hateful, etc....?

I'm guessing they pulled them down the minute they seen them but for them to put them up. These kids have no idea the seriousness of that crime. They have never suffered the consequences for their actions but they are about to when you start talking about assassinating a president.