“The wall is, in my view, immoral, expensive, unwise,” Pelosi said in a Sunday interview on Meet the Press.

“The president, I think, talking about this wall is expressing a sign of weakness,” the House minority leader argued.

“He’s saying, ‘I can’t control our border. I have to build a wall,'” Pelosi said. She added that the federal government has a “responsibility to control our borders” but building a border wall “is not an answer — not here, or any place.”

Two Arizona ranchers joined Fox & Friends Tuesday to push back against Pelosi’s suggestion that the communities closest to the southern border do not support a border wall on the U.S.-Mexico border.

Fred Davis, who operates a ranch near Tombstone, Ariz., pointed out that most communities along the border already have fences in absence of a national border wall.

“All of the communities I know about — all of the cities along the border — already have high fences,” Davis said, adding that Trump’s planned wall will pick up the slack in outlying areas that only have barbed wire fence, where most illegal immigrants make their entrance into the country.

John Ladd, who operates the San Jose Ranch on the border, claimed that “border control has caught a half a million” illegal immigrants on his property in the 30 years his ranch has been operating.

He says illegal immigrant crossings on his ranch have dropped 90 to 95 percent since Trump was elected.

Davis stressed the importance of the wall to protect the country against drug cartels, but he also pointed to the need to have boots on the ground to go with it.

“The wall itself is just a tool in the kit, but you’ve gotta put boots on the ground to go with it to make it effective,” Davis said. “And that’s been part of the problem in places they have a wall now.”

Two years ago, the ranchers invited Pelosi to come to their ranches and see the border for herself.

“We will send a plane for you,” Davis added. “You can stay at our house. It’s an invite. It’s sincere. Come look at it.”

When is Pelosi going to learn....every time she opens her mouth she digs her hole deeper? 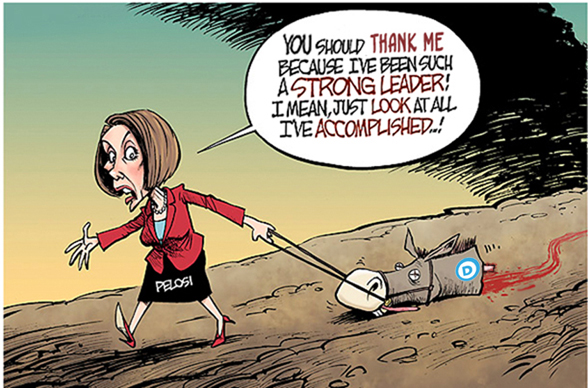 Yup...you've got her number Frank

She really is pathetic! 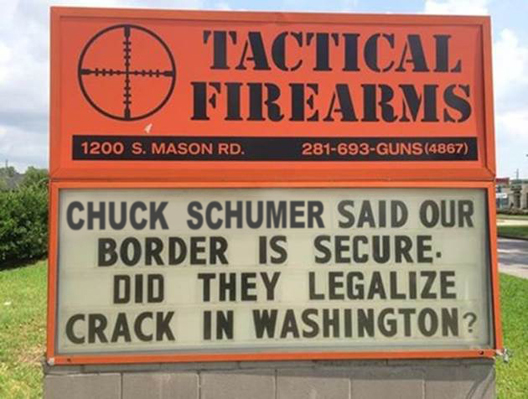 Says it all Frank LOL

I'm sure these two ranchers would extend the same invitation to Schumer........if he weren't such a coward to accept it...

During Pelosi’s brief 7-minute speech to Refugees International, the House Democratic Leader garbled names, other words and even mispronounced countries.

Just over 7 minutes after she started, Pelosi thanked the group for the invitation, stood and stared awkwardly, then made her way off the stage.

Is it a sign of weakness to lock the doors before  going to bed?

Only cowards wear seat belts. Only girly men wear helmets in the NFL.  Only panzies have ejection seats and parachutes.

And only an idiot would believe that Pelosi can tell what time it is. 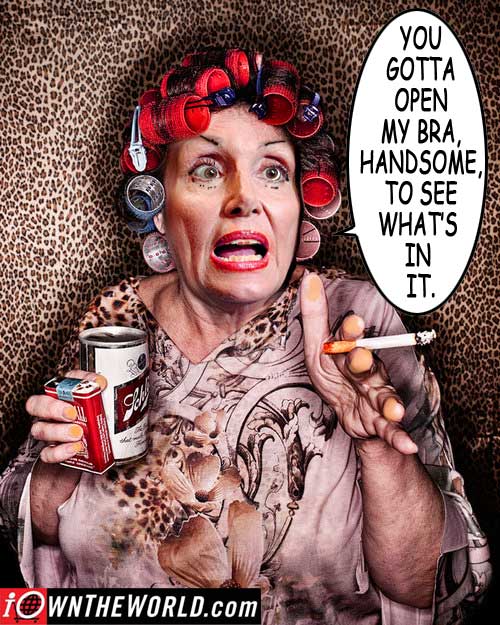 I have a vivid imagination. So,.......EEEUUUWWWWWWWWWWW!

I think I have it figured out.

Pelosi has a bowel problem.

It runs in reverse.