Obama: US won’t be able to defend Israel if peace talks fail

Israel can expect to face international isolation and possible sanctions from countries and companies across the world if Benjamin Netanyahu fails to endorse a framework agreement with the Palestinians, US President Barack Obama cautioned on Sunday ahead of a meeting with the Israeli prime minister. 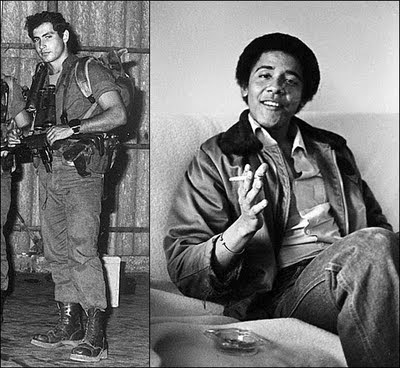 In an interview with Bloomberg, Obama stressed that time was running out for Israel to achieve a peace deal, and added that he believed Netanyahu had the capacity to rally Israel’s citizens behind an agreement.

But if Netanyahu “does not believe that a peace deal with the Palestinians is the right thing to do for Israel, then he needs to articulate an alternative approach,” Obama said.

“There comes a point where you can’t manage this anymore, and then you start having to make very difficult choices,” he said.

The president went on to stress that he would convey to Netanyahu, in the spirit of the Jewish sage Hillel the Elder, that the prime minister could lead Israel toward peace if he chose to do so.

“If not now, when? And if not you, Mr. Prime Minister, then who?” Obama said.

Read more: The Times of ISRAEL!

I don't think that the U.S. can defend itself -right now, let alone Israel.  Obama is in no position to tell Netanyahu how the U.S. won't be defending them if they don't bow down to the Palestinians.  This is the same ignorant "Muslim brotherhood" loving President that wanted Israel to go back to pre-1969 borders, so they wouldn't be able to even defend themselves.  Obama is ignorant on the world stage, and being made a fool of all over the place...

Blane, I agree down to obama Is "ignorant."  The posterior port knows what he's doing and that is to destroy America's ability to do "jack s."  It is all part of his plan to make America in the image of Kenya and further the muslim religion which is an enemy of everything else.

I digress on "ignorant"....you are correct, he wants to further the muslim religion....as he has proven over and over again.  I suppose what I really meant is the rest of this Nation is allowing it to continue.

Blane.. I'd like to add.....To paraphrase Pres. Nixon's words, " Pres. Obama and the Congress of cowards, CANNOT DEFEAT OR HUMILIATE THE UNITED STATES, ONLY AMERICANS CAN DO THAT !"   Stand up America because YOUR silence is permission to continue their agenda of America's destruction !!!

There is another angle to Obama. His love of Communism. I believe he thinks that Communism could be the way to force conversion on all Americans, no matter their religion. And we must always remember that he wants the USA to suffer for the sins of our ancestors. This is why his push for redistribution is so important.

History is going to have one hell of a time explaining all this in context and writing the actions properly, that will be taken by Patriots to stop all this madness.

For God and Country!

Permalink Reply by Patsy Harper on March 12, 2014 at 5:31pm
Nope. He is not ignorant. He is trying to destroy Israel along with the US

obumber needs to leave Israel alone and mind his own business. They have God on their  side.

Patsy, The USA is an extension of Israel... so the gog has already begun, it's the grand mufti ...magog involves The UN with magot (or little gog) putin in charge of the "armies".

I'm just curious as to which "God" is on their side?

So if Jesus is Denied, then which "God" is on their side?  It wouldn't be Jesus.

Are you a Christian?  That's something I could never understand -- Christians supporting people who Deny Christianity and Deny Jesus.  That doesn't add up.

If Jesus was the Messiah, but Jews deny that, and are still waiting on the Messiah to come, then when he DOES come, who is their Messiah going to be?