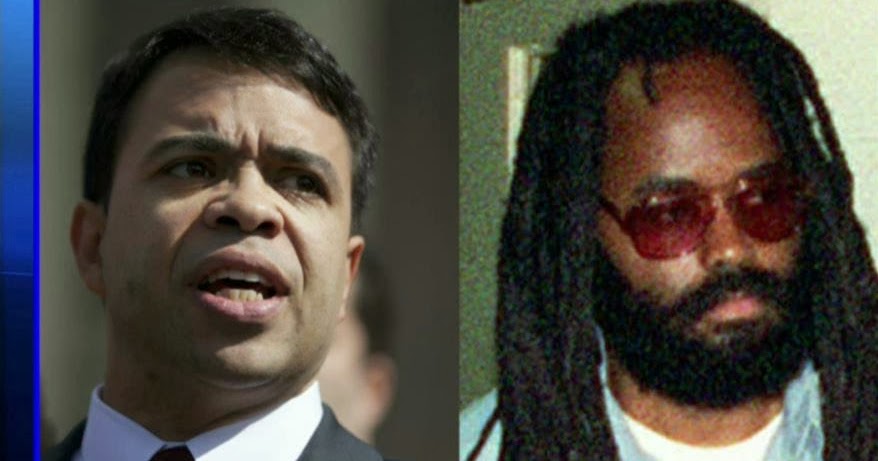 In a move sure to fray his relations with law enforcement, President Obama on Thursday appointed Debo Adegbile, former lawyer for convicted cop-killer Mumia Abu-Jamal, to a six-year post on the U.S. Commission on Civil Rights.

Mr. Adegbile worked at the NAACP Legal Defense and Educational Fund, Inc., when he represented Abu Jamal in the appeal of his conviction and death sentencing in the notorious 1981 shooting death of Philadelphia police officer Daniel Faulkner. Abu-Jamal’s sentence was reduced to life in prison.

The case prompted the Senate to reject Mr. Adegbile’s nomination in 2014 when Mr. Obama appointed him to lead the Justice Department’s office on civil rights. Some Democrats joining Republicans in voting down the selection at that time.

Mr. Obama also appointed Catherine Lhamon, assistant secretary for civil rights at the Education Department, to a six-year seat on the Commission on Civil Rights. She drew the ire of GOP lawmakers in 2011 for issuing a “dear colleague” letter to colleges advising them to lower their standards for judging students accused of sexual harassment of bullying, touching off a dispute in Congress over the legal authority of the letter.

CAP praised both appointees as “individuals with a long and proven history of commitment to the advancement civil rights.”

Obama's legacy; "The President of Division". From what I'm seeing, I somehow doubt Obama will give up his presidency. Time will tell.

If this POS tried to stay in office, someone will eliminate him, guaranteed!

it will be interesting to see what happens here...i do believe justice will prevail

Dueling must be legalized in the USA.

The punk has no civil rights, he killed a Cop and Obama is a law breaker and the worst President ever and is spending our tax money to defend a Cop killer, all of it needs to be thrown out of court.

Permalink Reply by Judy & David Miller on December 16, 2016 at 6:45am
Same ole Same ole. Obama&Co have been packing characters like Adegbile in every spot possible for 8 yrs.

It is a true sign, President Obama is a true divider and hater and has gotten away with murder, inciting riots, bringing more hatred and bitterness, making it worse for America and the American people. He should have been impeached a long time ago and charged with crimes to America and the American People. Never before has there been a horrible, horrible man for President. Now he has already let in more Terrorists just waiting to start a war. He is the Worst man, the Worst President ever before in history with no sense of heart for the American People. He is so destructive and there has been no good  that came from him since his 8 years in office. Nothing but destruction. He has committed the greatest crime against America.

Permalink Reply by Hilary Joseph Hogan on December 16, 2016 at 8:37am
Don't get comfortable. You won't be around long.

First, one simple question ; Does this man is affiliated / associated with The Black Panthers ?

Anyone out there should be able to remember this;...

Barack Obama said Thursday that he has “not contributed to” dividing the country. Blame for that, he said, lies at the feet of Republicans and Obama-critical media outlets.

During a White House press conference with Canadian Prime Minister Justin Trudeau on Thursday, Obama said, “I’ve said at the State of the Union that one of my regrets is the degree to which polarization and the nasty tone of our politics has accelerated rather than waned over the course of the last 7 1/2 years.”
https://www.youtube.com/watch?v=ZCMDur9CDZ4

And if any of you out there wants to know the fundamental source - ( financially and ideologically ) - for all this misbehavior,...well let's take a rapid bird-eye-view;....

George Soros is virtually  into everything,....the man is a master-mind Mafioso, a really evil-connected type individual;....and his tentacles touch many things, and many people;.....let's take a quick look at a thing or two.

Exposed: Who’s REALLY Behind Black Lives Matter And What They Are Trying To Do Next
The Washington Times exposed last January that leftist billionaire George Soros gave more than $30 million in seed money to Black Lives Matter affiliated groups.
http://www.westernjournalism.com/exposed-whos-really-behind-black-l...

Add to that;...the Sharpton-Obama-Holder-Lynch-Van Jones-Farrakhan-Jeremiah Wright-Jessie Jackson - Otis Moss- Marilyn Mosby, and others weeds Racist Activist Black Supremacy , And Hate-To-White People Club....and that is what is really behind all this havoc.

And that, for short.,...and now you know......and everyone out there can do the math.
Surprised, or curious anyone out there?

Debo Patrick Adegbile (born December 1966) is an American lawyer in private practice who was nominated to serve as the United States Assistant Attorney General for the United States Department of Justice Civil Rights Division. The Senate rejected his nomination because he had filed a brief arguing that there was racial discrimination in jury selection for the trial of Mumia Abu-Jamal, who was convicted of the murderer of a law enforcement officer.[1]

Adegbile also worked for the NAACP Legal Defense and Educational Fund and as a senior counsel on the staff of the United States Senate Committee on the Judiciary.

Born Adebowale Patrick Akande Adegbile in New York City, Adegbile is the son of a Nigerian father and an Irish immigrant mother.[2] He was raised by his single mother. He also was a child actor on the children's TV show Sesame Street during the 1970s, playing the character Debo and performing in episodes for nine years.[2][3]

Adegbile studied at Lehman College in 1986 and 1987 and earned a bachelor's degree in 1991 from Connecticut College. He then earned a law degree from New York University School of Law in 1994.[4]

Consideration for the D.C. Circuit[edit]

In October 2011, blogger Ed Whelan reported that the White House was considering nominating Adegbile to one of three vacancies at the time on the United States Court of Appeals for the District of Columbia Circuit.[5] Shortly thereafter, The Washington Post reported that President Obama had asked the American Bar Association to evaluate Adegbile's credentials,[6] but the White House did not submit his name.[2]

Nomination to be Assistant Attorney General[edit]

In 2013,[when?] Adegbile joined the staff of the United States Senate Committee on the Judiciary as a senior counsel with a focus on legislative matters.

On November 18, 2013, President Obama nominated Adegbile to serve as Assistant Attorney General for the Civil Rights Division, to succeed Thomas Perez, who had left the position to serve as United States Secretary of Labor.[7]

U.S Senators from both parties objected to Adegbile's signing of an appeal for Black Panther member Mumia Abu-Jamal who was convicted in 1982 for the first-degree murder of Daniel Faulkner, a Philadelphia police officer, on December 9, 1981. Mumia Abu-Jamal was sentenced to death, although the death sentence later was vacated because of problems with jury instructions.[2] Adegbile and other lawyers filed an unsuccessful amicus curiae brief with the United States Supreme Court in 2009, arguing that the conviction was invalid because of racial discrimination in jury selection.[2]

In January 2014, Adegbile's nomination was returned to Obama, who renominated Adegbile within days.[8]

On March 5, 2014, the U.S. Senate failed to advance Adegbile's nomination in a 47–52 vote blocking his confirmation.[11][12] Senate Republicans unanimously voted against him, particularly because of his appeal for Abu-Jamal, along with seven Democratic Senators.

On September 15, 2014, Adegbile announced his withdrawal as a nominee to be assistant attorney general, and that he would be going into private practice, joining the law firm of Wilmer Cutler Pickering Hale and Dorr.[13]

Adegbile's first name "Adebowale" means "crown comes home" in Yoruba.[14] He is married to Susan Haskell-Adegbile, and they live in New York City with their two daughters.[3]