Chuck Todd and the other journalists at NBC are openly fuming that Donald Trump continues to call out the biased coverage of his administration. During Thursday’s press conference, an angry Todd tweeted, “This not a laughing matter.  I'm sorry, delegitimizing the press is un-American.”

He later whined, “Press bashing may feel good to folks but when it's done by people in power, it's corrosive. Take off your partisan hats for a second.” During live coverage, Lester Holt chided, “It was contentious. It was ugly at moments and we haven't seen anything like it.”

Talking to Holt, Todd declared, “Look, this is a president that appears to be in a bunker mentality right now, whatever that is.”

Chucky boy holds himself and his "profession" in higher regard than many across the country.   Re arrange the truth.   Change what  someone actually says.   Create falsehoods.    Never report on actually crimes/corrupt deals/thug organizations.    You guys are truly not to be believed 99.9% of the time.   Trump is right.   You people hate.

Here is another famous "reporter's" tone, this one is from hollywood, typical no?!... 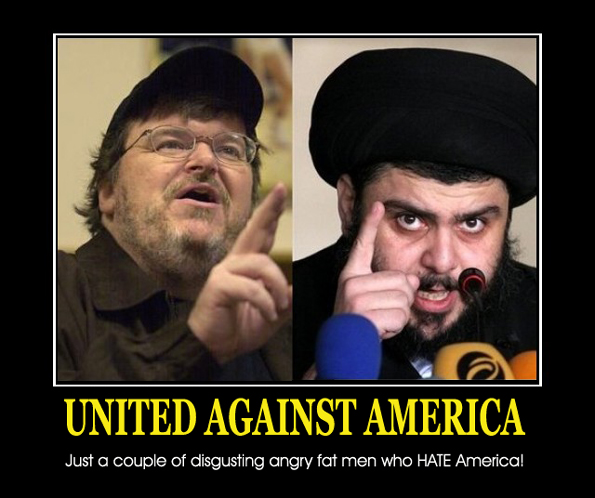 I got that picture on Facebook, "Britain Against islam" (BAI) page, here's another picture (looks like it may have been photo shopped by BAI), I may have jumped the gun a bit...

Michael Moore holds ‘We are all Muslim’ sign in front of Trump Tower (by Washington Times, as well as his own webpage)... 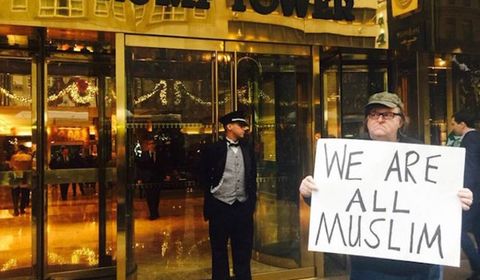 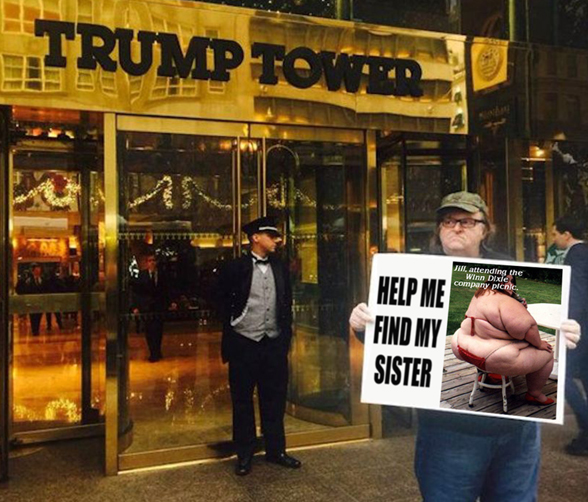 Since when is it Un-American to attack lies and deceit?

Permalink Reply by Douglas W. Rodrigues on February 17, 2017 at 5:25pm
Pointing out that a "News" Agency lies, spins the truth, confabulates stories, and is biased against Republicans isn't un-American, it's simply telling the truth.

They are too stupid to realize they are being called liars, and too evil to care.

If the media is un-American like it is, I guess they should be called out.  Even in the article where they were complaining about them being called "Un-American" they took the opportunity to disrespect President Trump by the "bunker mentality" remark.  This shows that the just don't get it.

There is no truth to the rumor that the EPA has classified MSNBC as air pollution as it is obvious that they are a cable propaganda network.

Permalink Reply by Ronald A. Nelson Col.USA (Ret) on April 25, 2018 at 9:28am
No individual or President has the power to delegitimize the MSM... The MSM has lost the trust of the American people on their own volition. The MSM's false narrative and open Marxist bias are so obvious that it is no longer to be tolerated. Pres. Trump needs to ask the FBI to investigate SEDITION and TREASON openly occurring in the MSM... He must not fear public opinion as the MSM has become an open enemy of our Constitution and Republican form of government... they have lost the respect and admiration of the Public... the talking heads need to be held criminally liable for their acts of sedition, incitement to riot, and open abuse of their journalistic privilege as members of the 4th estate. They are no longer engaging in journalism... they are propagandist for the Anti-American Marxist movement in the world.