'Murder & Silence of Patton': First Victim of the Cold War

General Patton stated we are fighting the wrong dam*n people, General Patton wanted Russia. Nearly 70 years after the untimely death of U.S. General George S. Patton, suspicions linger as to the nature and circumstances surrounding the demise of this formidable military genius. On a war-torn, two-lane highway in Mannheim, Germany, Patton’s car was struck on December 21, 1945 by a two-ton Army truck less than six months after the end of WWII hostilities in Europe. The accident left Patton clinging to life in a Heidelberg hospital during a crucial period when the Allies were attempting to transition from the ravages of war to a sustained peace in Germany. Within three weeks, Patton would lose his final battle, and the fate of post-war Germany would be sealed for several decades. 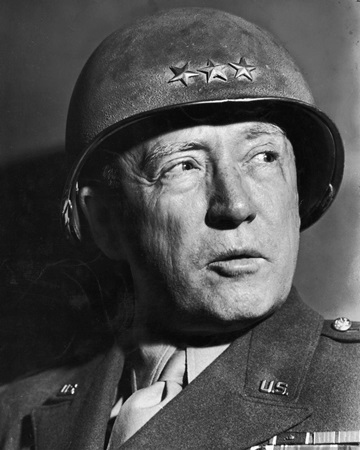 At the time of his death, Patton had been relegated to a desk job, overseeing the collection of Army records in Bavaria. That he had been an outspoken critic of Stalin and a vocal proponent of liberating Berlin and the German people from certain communist aggression triggered his sudden removal from the battlefield. In the aftermath of war, the Western powers sought to sideline the mercurial Patton and his incendiary views. But Patton despised the politically driven circus and the media minions that carried out their dirty work. Still, he continued to speak out against the Russians as an American witness to their brutality during and after the war. As Stalin devoured Eastern Europe, Patton remarked, “I have no particular desire to understand them except to ascertain how much lead or iron it takes to kill them... the Russian has no regard for human life and they are all out "sons-of-bitches", barbarians, and chronic drunks.”

In early May 1945, as the Allies shut down the Nazi war machine, Patton stood with his massive 3rd Army on the outskirts of Prague in a potential face off with the Red Army. He pleaded for General Eisenhower’s green light to advance and capture the city for the Allies, which also would have meant containment of the Russians. British Prime Minister Churchill also thought the move a crucial and beneficial one for post-war Europe and insisted upon it, but to no avail. Eisenhower denied Patton’s request, and the Russians took the region, which would pay dearly for years to come. Earlier that year, at the February conference in Yalta, President Roosevelt, with Churchill at his side, extended the hand of friendship to “Uncle Joe” Stalin and signed his Faustian pact. In so doing, the destiny of millions was reduced to mass starvation, blood revenge, and distant gulags. At the time, Patton understood the tragedy of this event and wrote, “We promised the Europeans freedom. It would be worse than dishonorable not to see that they have it. This might mean war with the Russians, but what of it?”

Berlin also was given to Stalin’s Army as red meat to feed the dictator’s appetite for killing Germans. To some, including Patton, this was an unnecessary and devastating concession. In late April 1945, Patton claimed he could take Berlin in just “two days,” an assessment shared by the commander of the 9th Army, General William H. Simpson. As with Prague, Patton’s request to secure Berlin was denied. Sadly, after Patton finally reached the ravaged city, he wrote his wife on July 21, 1945, “for the first week after they took it (Berlin), all women who ran were shot and those who did not were raped. I could have taken it (instead of the Soviets) had I been allowed.”

Conventional wisdom holds that Eisenhower’s choice not to capture the eastern capital cities was sober decision-making or that he was bound by the Yalta agreements, though he originally planned for Berlin and Prague. Many would argue that in the spring of 1945 the U.S. was fatigued with war and its military was in no condition to fight World War III. The Americans also needed the Russians to join the fight in the Pacific war, though the Russians never fulfilled that promise. Yet, the “what ifs” of history echo in Patton’s words:

Moreover, Patton’s notion of meeting the enemy “now, rather than later” in retrospect seems not the mere wiles of a warmonger unable to embrace peacetime, but rather a worthy and prudent strategy of a seasoned tactician, even if a gamble. Stalin’s own records prove that he told his leaders to “play down” the Berlin invasion, aware that it was Europe’s crown jewel. Eisenhower, for all his discernment and skill at war management, did not see the Russians coming as did Patton and Churchill, who both recognized the wisdom of stopping Stalin in his tracks and perhaps offering Eastern Europe a chance at liberation.

Stalin had promised to liberate the capitals of Eastern Europe — Berlin, Prague, and Vienna — as well as Eastern Poland and the Baltic states. In his public broadcast dating back to November 1943 he promised:

Instead, history proves that Stalin was responsible for the murder and/or starvation of some 40 million Russians and Ukrainians during his reign of terror. 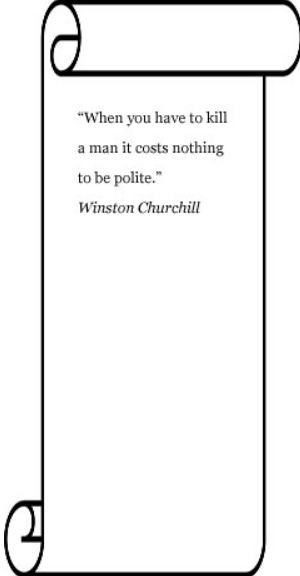 And the history of WW2 is being unfolded.

General Patton would of made a great President of the United States, he did not like Prime Minister Churchill of England. The whole war was a joke.

WW-2 was not a joke... nor was its aftermath.  Its impact on the world is still being felt.

Yep, he sure did not like your Russian buddies....told it like it was, "Were Fight The Wrong Dam*n People', and he sure the hell did not like the British leaders...:)

Yes they did murder General Patton.

The death of General Patton was a tragic event for our Nation and the world... However, it remains an open question if it was murder and if so by whom.

Opinions are very different once again. But General Patton wanted Russia not Germany, he also investigated the war crimes of Russia.

This is why he called them the Russians-  "the Russian has no regard for human life and they are all out "sons-of-bitches", barbarians, and chronic drunks.”

No one... nada, is disputing that Russia is guilty of serious crimes against humanity ... stop acting as if we are or that the USA somehow supports such illegal and immoral conduct.

Anyone who needs CIA documents to confirm Russian and the Communist Party's culpability in crimes against humanity has to be deaf, dumb and blind.  Americans have known of their atrocities for decades... what do you think the cold war and anti-communist foreign policy was about?

They go much deeper then Deep State...

As far as I can find out there was never a investigation of the wreck, Patton had a broken neck, then he died. All official investigations of his murder was classified, or silenced.