MSNBC took its fear mongering smears of the Donald Trump administration to a dark new low Monday afternoon when reporter Katy Tur suggested the president’s war with the media would start racking up actual casualties. During an interview with Nebraska Senator Deb Fischer, a Republican, Tur suggested Trump would take a page from Russian President Vladimir Putin’s playbook and start targeting journalists for death.

“As we know, there's, since 2000, been a couple dozen suspicious deaths of journalists in Russia who came out against the government there,” Tur reminded the Senator before unscrupulously suggesting Trumps distaste for the media would escalate, “Donald Trump has made no secret about going after journalists and his distaste for any news that doesn't agree with him here. Do you find that this is a dangerous path he is heading down?”

Fischer defending the president saying that it’s his job to foster relationships with leaders from countries around the globe. “And I believe that President Trump will recognize, or does recognize right now, who Putin is,” she added in his defense.

But Tur wasn’t having any of it, pressuring the Senator by asking, “What makes you say that he does recognize who Putin is when he hasn't said so publicly?” The Senator tried to argue that the new president wasn’t going to sour the relationship right out of the gate, but was cut off by her interviewer. “There is a difference between attacking and flattering,” Tur spat.

I think the best way and maybe the only way is to ignore them and don't rebroadcast what they spout.

"WE" don't have any control over the media........so how are "we" going to prevent them from rebroadcasting?

The media turds are playing can you top this with insanity.

I guess to more nuts they are the more they are idolized by  the loony left.

She should be visited by the FBI and/or SS - not that it will do any good.  So far they haven't arrested anyone who's threatened POTUS.  WTH is going on in DC?

Is anybody else as Fed-Up, as I am ,with these blithering idiots?    You know they're dumb, but then, they have to open their mouths and prove it.   Seems all Rules of decency have been shattered, all limitations lifted, and these "Things" on T.V. can just spout anything they like   . Good Heavens, turn them off!    Like spoiled, misbehaving Children, if enough people ignore them, they will finally realize, no one gives a damn about their insane ranting.   Their infantile protestations are falling on deaf ears.

Unfortunately they're not falling on deaf ears.   Too many of the millennials and snowflakes are listening and being a tool for them.

All of the lame stream media - MSNBC, CNN, ABC, CBS, NBC their reporters, their managers, their owners all want to make the ratings go up and this is their ticket to those ratings.

MSNBC reporter Katy Tur made no mention of the many reporters that have been killed, threatened, intimidated, or jailed for being against Obama, Clinton's, Bush's right here in  the USofA. 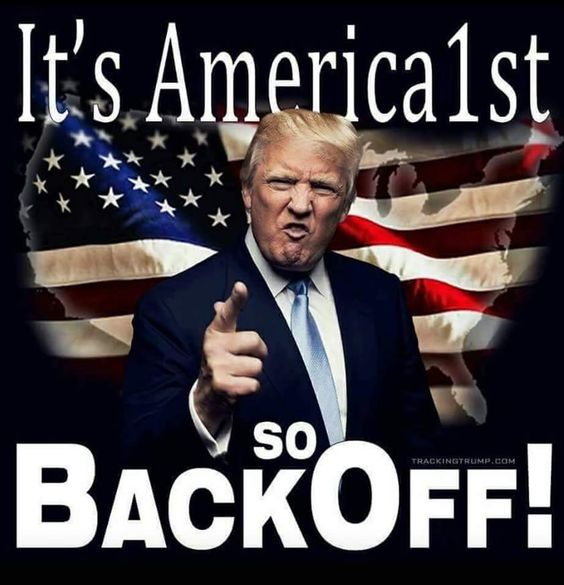 
“We’ll know our disinformation program is complete when everything the American public believes is false.” — Former CIA Director William Casey

It’s crystal clear now, for all to see, how the mainstream media operates. From the “sources inside” references, which almost always remain unnamed, to the provocative slant it chooses to use when covering any story involving President Donald Trump.

While there is certainly no shortage of reasons to disagree with Trump, the mainstream media has flooded the infosphere with so much fake news, that reality and truth are nearly extinct.

Take, for instance, the telephone conversation Trump had on Saturday the 28th of January, with Australian Malcom Turnbull. Starting with the piece by Greg Miller and Phillip Rucker, a slurry of negative words describing Trump’s behavior while on the phone call with Turnbull. Trump’s behavior was described as having “blasted” the PM, and Trump reportedly “boasted” about his win over Hillary Clinton.

Later, the two writers stated Trump called the conversation “the worst” he’d had with other world leaders and said it was the “worst deal” for the U.S. which reportedly involved the resettling of over 1200 more refugees from Australia.

Breaking with journalistic optimism, the pair of Washington Reporters wrote, “The characterizations provide insight into Trump’s temperament and approach to the diplomatic requirements of his job as the nation’s chief executive, a role in which he continues to employ both the uncompromising negotiating tactics he honed as a real estate developer and the bombastic style he exhibited as a reality television personality.”

After Miller and Rucker’s story was published, the rest of the mainstream media seemed to jump onto the bandwagon which attempted to portray the sitting U.S. president as a type of cry-baby, someone who cannot control his emotions, actions, or words, and as an individual which is severely difficult to work with. The story may have been intentionally twisted as it began to take on a whole new meaning.

The Independent ran the storyline, “The deeper reason we should be worried Donald Trump hung up on Australia PM Turnbull.” The obvious fear tactics appear to be working. There’s still ongoing political unrest from the left, with even one comedian and actress, Sarah Silverman calling for an overthrow of the democratically elected Trump.

CNBC ran a similar story entitled “In phone call with Australia PM, Trump berates and then hangs up on him: Washington Post.” Note the word choice of “berates,” a negative connotation is implied in the word choice, further alienating the American people from any sense of trust in Trump’s judgment.

While we here at The Free Thought Project are an apolitical association of independent journalists, ex-military, scientists, and the like, we are dedicated to exposing the truth. And in the case of Trump’s reported berating of the Australian Prime Minister Turnbull, leading to a heated exchange that led the U.S. president to hang up on another world leader, the truth is It Never Happened!

Turnbull, in an interview with an Australian radio station, described the phone call. “I had a call with President Trump on Sunday morning our time and the president committed to honor the refugee resettlement deal that had been made by his predecessor Barack Obama,” Turnbull told the radio station. This stands in direct contrast to the Washington Post story, which portrayed a much more contentious conversation with the PM. So who’s telling the truth? It’s obviously not the mainstream media, if Turnbull’s own words are to be believed.

Here’s where things get interesting. Instead of calling the telephone call rife with contention, Turnbull described the conversation as being direct and to the point. Turnbull even went so far as to chastise the mainstream media for its clearly biased reporting. “As far as the call is concerned, I’m very disappointed that there has been a leak of purported details of the call in Washington, but I want to make one observation about it,” Turnbull said adding, “The report that the president hung up is not correct. The call ended courteously.”

Wait! What? Do you mean to tell us, President Turnbull, that the esteemed reporting of Washington Post reporters Miller and Rucker were a disappointment to you? Amazing! Even you noticed it Mr. Prime Minister. For such an admission, we sincerely thank you. We’ve believed for some time that the mainstream media often makes a habit of lying to the American people, and you’ve once again confirmed it for us. After all, one has to be suspicious of news stories which take two dishonest ‘reporters’ to write, as if one is not enough.

Going further, when asked about the nature of the conversation Turnbull concluded, “As far as the nature of the discussion, it was very frank and forthright” and also said it was courteous. “There’s a lot of talk around about the call allegedly from people that were not party to it,” he said adding, “These calls generally remain, naturally, completely confidential.” Yes. That’s right. Only Trump and Turnbull know what was really said. So we at The Free Thought Project, in the interest of journalistic integrity, and to combat the so-called proliferation of “fake news” we now have a message for Miller and Rucker. Get it right or get out of the journalism business — you’re ruining it.

Seems to me the Democrat mobs are the ones who are violent.  If those unknown killed journalist were in the US, we could chalk it up to the Clintons long list of hits.

Tur is insane.  Responsible journalism has now descended to be equivalent to the junk news I find in the grocery checkout lane.

Permalink Reply by Silverback on February 8, 2017 at 4:18am
Besides suspicious, let's add celebrated and well deserved.

No, no...That is the Clinton's work area.  Oppose them, with proof, and you are DEAD!.