We all like to think that we have a guardian angel looking out for us. Most of the time, we realize that is just wishful thinking. However, one single mother met a real-life protector.

In Florida, Tawny Nelson got caught in a rainstorm. Even worse, she and her four kids, all between the ages of nine-year-old and six weeks, were stranded thanks to a busted alternator belt. Fortunately, a 74-year-old man swooped in and saved the day, via KTVU.

In a long Facebook message submitted to California news anchor Frank Somerville, Nelson recounted how her very bad day turned brighter thanks to one Good Samaritan.

At the time, Nelson was still dealing with the heartache and problems of trying to raise her beautiful girls all by herself. Her ex had recently left the scene, thus straining the family’s financial health.

As evidence, Nelson admitted to Somerville that she had to keep putting off replacing her truck’s deficient alternator belt until she could find the necessary amount of money. Making things worse was the fact that Nelson’s truck had a habit of producing flat tires.

One night, when the food supplies in the Nelson household had to be replenished, Nelson loaded up her traveling rust bucket in order drive nine blocks to the grocery store.

When the engine did not turn over, Nelson scrambled in the dark for some kind of way to jumpstart the dead vehicle. One of her girls had left the light on and now the truck was hopelessly immobile.

In the pouring rain, Nelson asked passing people for assistance. No one bothered to help her. Most just ignored her.

Finally, hours later, an elderly man with a cane and a limp knocked on the truck’s window and delivered chicken strips, biscuits, and bottled water. All he said was: “Feed those babies and yourself, young lady. I have a tow truck on the way and my wife will be here shortly to take y’all home,” via Facebook.

The very next morning, Nelson’s car was repaired and her bill was taken care of by the gray-haired stranger.

Such acts of kindness are increasingly rare in our society. Some blame a fear of strangers that has been exaggerated by the media, while others point to cultural cynicism, but whatever the case, Nelson is VERY lucky that one kind heart take a chance on her.

Although this heart-warming story may seem apolitical, there is a latent message here. As recounted in Harvard professor Robert D. Putnam’s 2000 book Bowling Alone, a more multicultural, multiracial, and multi-religious society inherently breeds distrust among the population.

Putnam, who sat on his findings for almost a decade because they conflicted with his own personal libera

lism, found that as America has diversified, cultural erosion has effectively killed off what had once been called “neighborliness,” via Bowling Alone.

We should all say thank you to unnamed hero of this story, but we should also work towards making sure America does not fall apart from the inside out.

You won’t believe what he did! 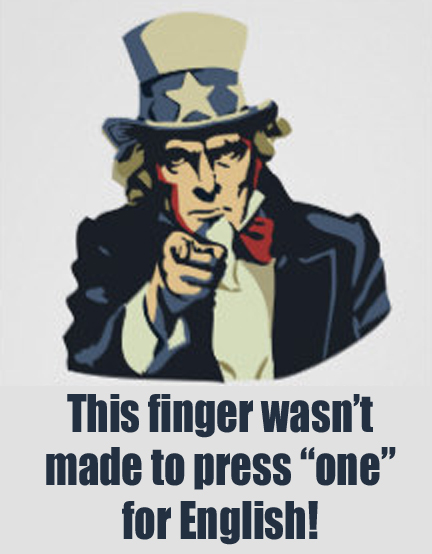