The men I served with started to question why, this terrorist territory was to be preserved, 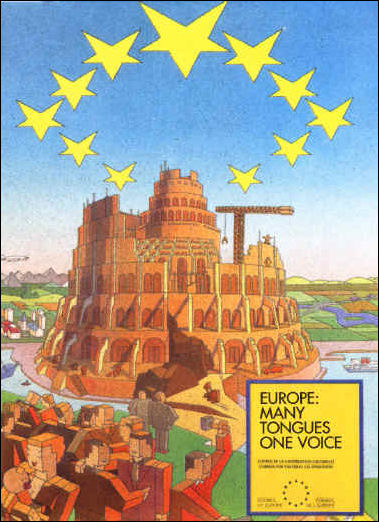 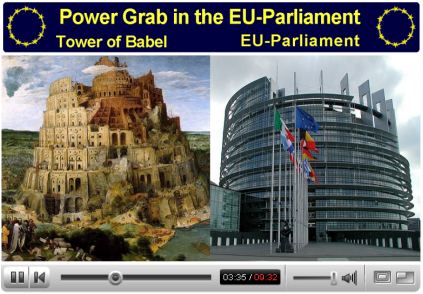 Destroyed by God, and resurrected by man.

Under Nabopolassar, a previously unknown Chaldean chieftain, Babylon escaped Assyrian rule, and in an alliance with Cyaxares, king of the Medes and Persians together with the Scythians and Cimmerians, finally destroyed the Assyrian Empire between 612 BC and 605 BC.

Hebrews Of Sodom, The Book of Genesis describes how she became a pillar of salt after she looked back at Sodom. She is not named in the Bible but is called "Ado" or "Edith" in some Jewish traditions. She is also referred to in the deuterocanonical books at Wisdom 10:7 and the New Testament at Luke 17:32.

In Ezekiel 16:48–50, God compares Jerusalem to Sodom, saying "Sodom never did what you and your daughters have done." He explains that the sin of Sodom was that "She and her daughters were arrogant, overfed and unconcerned; they did not help the poor and needy. They were haughty and did detestable things before me."

The Wickedness of the Sodomites, Abraham Pleads For Sodom, only a hand full were saved.

Yes, to much has been over looked. 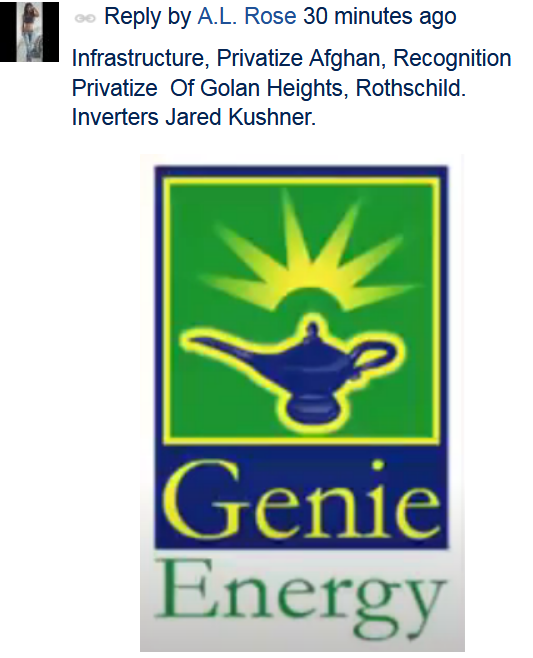 Come on Richard, reply to the above and I will show you another slush fund account by our gov.

Always follow the money and know history always repeats itself because it works. The methods of deceit are the only change.

IMHO for what it's worth to you, who is Trump, really who is he. Back in the 1700/1800's; through wars and the “black Pope”, through those two things, the Rothschild's family (who are actually Jesuits), who go by Zionist Jews were able to take over and infiltrate the Roman Catholic Church. When the Roman Catholic Church was infiltrated by these Jesuits (Rothschild's); they indoctrinated ancient Babylon system/symbolism, perverted the word of God, added Jewish theology, and Greek philosophy. The Roman Catholic Church in Washington DC - that is right down the road from the Freemason building has Mars (the god of war) as you enter that church. In fact, the Freemason building and that Roman Catholic Church that are in Washington DC, have the exact same symbolism in both places. The Freemason building has the black cube that represents satan/saturn and the Vatican has one as well. The Vatican is the Roman Catholic Church. They paved the way for the Roman Catholic machine that has come into existence. Piously, they attacked, perverted, added to and took away from the Bible. Ignatius de Loyola created the Jesuits to secretly accomplish two major goals for the Roman Catholic Institution: 1) universal political power, and 2) a universal church. By the time Ignatius de Loyola arrived on the scene, the Protestant Reformation had seriously damaged the Roman Catholic system. Ignatius de Loyola came to the conclusion that Protestantism must be conquered and used for the benefit of the popes. Jesuits immediately went to work secretly infiltrating ALL the Protestant groups including their families, places of work, hospitals, schools, colleges,
etc.
What does that have to do with Donald Trump? Everything. Let's start connecting the dots.
Donald Trump attended Fordham University, it's a Jesuit college in the Bronx.
Donald Trump attended Wharton School of the University of Pennsylvania. It's a Jesuit College in Philadelphia, Pennsylvania. University of Pennsylvania could be renamed "Hofjude University" because of its enormous amount of Papist Jewish funding and leadership. The entire Pennsylvania area is controlled by the Roman Catholic hierarchy via the Jesuit provincial holding jurisdiction over Pennsylvania.
Donald Trump reveals one of his Jesuit connections: foreign policy adviser trained by Jesuits in Lebanon and is a senior fellow with Jesuit-advised Foundation for Defense of Democracies sharing members with PNAC 9/11 co-conspirators (Walid Phares). Walid Phares has been a speaker at the Pope's AIPAC.
David L. Cohen is the Chairman of the Board of Trustees of the University of Pennsylvania as well as an alumnus of University of Pennsylvania. He is also the executive vice president of Comcast. He was recently named co-chairman of the leadership planning committee of the Roman Catholic World Meeting of Families in Philadelphia. Cohen is Executive Vice-President of the Trump Organization, a co-president of Trump Entertainment, and is involved in Trump's 2016 presidential campaign. He is also a member of the board of the Eric Trump Foundation, a children's health charity named for Eric Trump. What religion is listed under David L. Cohen? Protestant. Exactly!
Trump's children, Ivanka and Donald Junior's Alma mater is the University of Pennsylvania and Eric Trump's Alma mater is the notorious Jesuit Georgetown University.
The Republican Party is owned by the Rothschild's..
Christ told the disciples when asking about the end of days. Christ said, TAKE HEED, LET NO MAN DECEIVE YOU! (Matthew 24:4)
TRUMP'S 666 CONNECTIONS ETC.
1. The Trump family bought and controls the most expensive single building ever purchased in the United States, at 666 Fifth Avenue, a street symbolizing money and greed. The building appears in the movies The Exorcist II: The Heretic and The Wolf of Wall Street. The 666 high-rise
2. The Trump family paid $1.8 billion for the most expensive building on record. 18 is 3 x 6 = 666. It is controlled through Donald Trump's daughter Ivanka Trump and her Jewish Wall street bankster husband Jared Kushner.
3. Another Trump Fifth Avenue property, the famous Trump Tower, is 203 meters tall = 666 feet. Donald Trump lives there in gold-enameled opulence on the 66th floor.
4. Donald Trump inherited his grandmother's real estate empire when she died on June 6, 1966. Her name was Elizabeth Christ Trump. (Wikepedia)
5. Trump announced his candidacy for president on 06/16/15 = 6+(1 x 6)+(1+5) = 6-6-6. The 2016 election is 2016 = 666+666+666+6+6+6.
6. Trump claims to be "the only one" who can fix and save America from disaster
1 Thessalonians 5:3-5
"For when they shall say, Peace and safety; then sudden destruction cometh upon them, as travail upon a woman with child; and they shall not escape."
Peace #G1515; security, safety, prosperity, felicity, (because peace and harmony make and keep things safe and prosperous)
Safety #G803; 1 firmness, and stability. 2 certainty, undoubted truth. 3 security from enemies and dangers, safety
Trump's campaign includes: “let's make America safe again”. “let's make our boarders safe again”. Donald Trump publicly recognized Yom Kippur (a blasphemous Jewish holiday). Donald Trump publicly announced, he has never repented and doesn't include God into that picture. He also feels good works gets you into heaven.
Psalm 22:29
29 All they that be fat upon earth shall eat and worship: all they that go down to the dust shall bow before him: and none can keep alive his own soul.
Christ is the ONLY ONE and our ONLY deliverance from Babylon (satan/satans system) that is coming. For it has been declared (Daniel 8:25).

Zionist, this word or coin phrase was not really used until 1948.

I take it this isn't true?

The terms "Gola" and "Galut" always had a negative connotation in Jewish culture. Implicit in the idea of "exile" is the concept that the Jews are not just a religion, but a community tied to a specific land. Thus, use of the term carried with it the seeds of Zionism. A Yiddish expression that epitomizes the Jewish attitude to the Galut describes anything that is interminable long, such as a boring lecture, as "as long as the galut."
The first Galut (exile) began when Israel was defeated by the Assyrians and Jews were exiled to the region of modern Kurdistan about 721 BCE, as recorded in the bible:

Nope Richard, not even close, I called Amanda, about the image she posted: 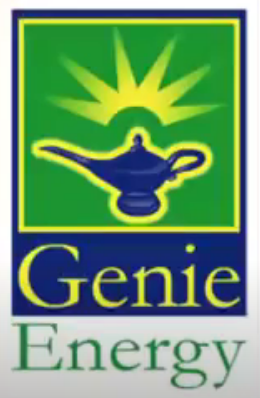 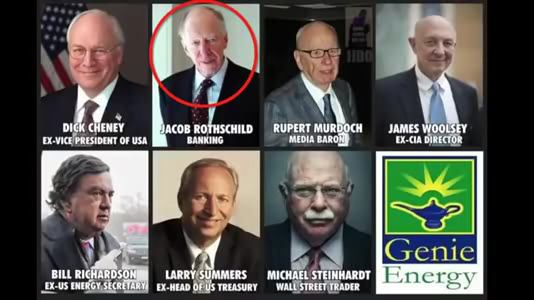 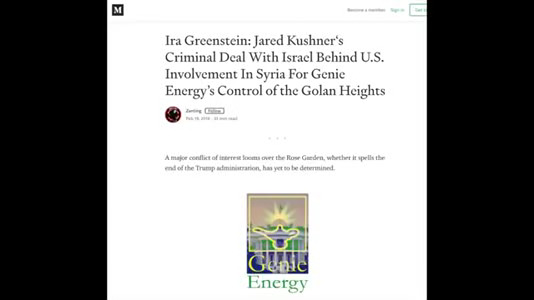 Sounds more like more EU Corruption In Israel, them NGOs of the UN have been busy. Fancy that, UN Tent City for Illegals on the US Mexico Border. More news coming up.

That is what I call following the money. Just something to consider in case Q isn't..

What is not close? Kenites