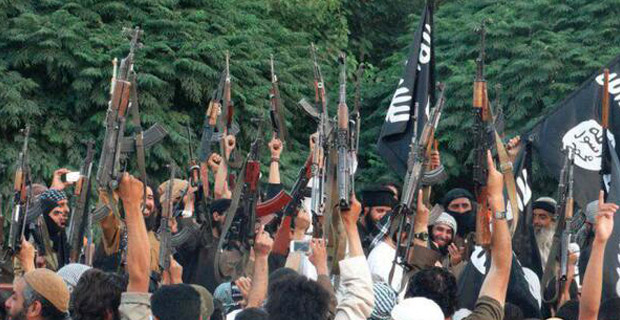 The recent increase in security at a key Army base near a Mexican border city where Islamic terrorists are confirmed to be operating and planning an attack on the United States indicates that the facility is a target, according to senior military experts contacted by Judicial Watch.

Last week JW reported that the militant group Islamic State of Iraq and Greater Syria (ISIS) is working in the Mexican border city of Ciudad Juarez and planning to attack the United States with car bombs or other vehicle borne improvised explosive devices (VBIED). High-level federal law enforcement, intelligence and other sources confirmed to JW that a warning bulletin for an imminent terrorist attack on the border has been issued. Agents across a number of Homeland Security, Justice and Defense agencies have all been placed on alert and instructed to aggressively work all possible leads and sources concerning this imminent terrorist threat.

Juarez is a famously crime-infested narcotics hotbed situated across from El Paso, Texas. Ft. Bliss is the Army’s second-largest installation, spanning more than 1 million acres with an active duty force of 34,411 and headquartered in El Paso. Two days after JW broke the story on ISIS operating in Juarez, Ft. Bliss announced it was increasing security measures. A statement that went out to the media was rather vague, attributing the move to several recent security assessments and the constant concern for the safety of military members, families, employees and civilians.

I have been out for fourteen years.  I have not seen that much change since then.  I think I would put my money on a Viet-Nam vet any-day.

This might very well be the connection to the Bogus Cell Phone Towers located near military bases. Take them down now, I don't care who they belong to, they don't belong in the USA!

FORT BLISS NEEDS TO HAVE A TRAINING SESSION

WITH ARMED TROOPS  AND LOTS OF AMMO FOR EACH

SERVICE PERSON AND IF ISIS POPS UP MAKE THEM THE TARGET.

It is possible that someone has given these terorist weapons of mass destruction? Otherwise they'd be fools to attack a military base in this country unless they have been given assistence from the America left whose on the inside making key decissions? Is our military that disorganized since Obama's been president that the radicals are ready to attack us on our own soil? Is this gov. going to use an attack from ISIS on our soil to take complete control of this country, a complete overthrow of the gov.? I wonder if that wouldn't be used as side show, a distraction?

Yes, Obama and his cronies are our enemy and this maybe something that's been planned for several years. I was told about something like that in 1998 by a highly educated Amercian and a Canadian Iranian.

God, how i dislike that smelly, stinky pile of compost in our WH.

Dave Gaubatz was the keynote speaker at my meeting last month.

He has dressed as a mooslim and gone to their seminars etc. all over America.

There will be one table with hate America literature and the one next to it is our military recruiting them.

We could have a split allegiance inside the military.

Who ever said that mexico was our friend?  I think they house terrorists, so they are not our friends at all!  Kill them as they come across the border.  FT. Bliss damn well better do something.

Once the facility is properly located use drones and take it out.They pay mexico for the privelage of using that town. TAKE them out. the amount of innocent people that will be saved will more than offset any accidental carnage in that town.

Mexico could take that as an act of war.

Carpet bomb mexico from the border to mexico city and see if they take that as an act of war.

Who would give that order?

If I were in charge, I would.  That is probably why I am not in charge.

Permalink Reply by Jonathon Joseph Parker on September 5, 2014 at 6:02am

IT WOULD BE NICE TO SEE THOSE "THIRTY FOUR THOUSAND" FORT BLISS TROOPS SPREAD OUT ALONG THE BORDER INSTEAD OF "CRINGING" IN THEIR COUMPOUND WOULDN'T IT??????            NAH< OBAMA AND HOLDER WOULDN'T LIKE THAT!!!!