Guadalupe García de Rayos, 36, a mother of two, was taken into custody Wednesday by immigration agents during a check-in at the Phoenix offices of Immigration and Customs Enforcement (ICE).

ICE confirmed that Rayos had been deported to Mexico on Thursday morning, saying in a statement reported by local media that her case "underwent review at multiple levels of the immigration court system, including the Board of Immigration Appeals, and the judges held she did not have a legal basis to remain in the U.S."

BREAKING: #GuadalupeGarcia deported. Leaves two American children behind. She came at 14 and lived here for over 22 yrs. @votolatino https://t.co/D24GqdZJCw

The case surrounding Rayos, who left Mexico at the age of 14, had earned national attention because she had been in the United States for so long, because she has regularly been checking in with a local Immigration and Customs Enforcement office for the last eight years, and because she appears to be the first person effected by the Trump order.

Rayos was caught at her workplace in a raid using a fake Social Security number, and had been checking in with the ICE office since 2008. A judge had issued a deportation order against her in 2013, but she was not sent back to Mexico because the Obama administration prioritized removing people deemed to be threats to U.S. safety.

Since Rayos had not committed any serious felony offenses, she was not seen as a threat.

Under an order issued by Trump, undocumented workers who have committed chargeable criminal offenses are prioritized for deportation. The fake Social Security number used by Rayos is a criminal offense.

This is EXACTLY what must happen 11-20 million more times!  It does not matter whether you have been here illegally for 20 minutes or 20 years... IF YOU ARE HERE ILLEGALLY, YOU MUST BE DEPORTED.

YES, I hope the violent criminal illegals are chased first.  But along the way there will be many, many more illegal aliens found in the home or at the work site, and ALL should be scooped up and deported.  The fact that there are illegal children involved is neither our fault, nor our problem.  The illegal alien adults who brought them or gave birth to them KNEW this day was coming.

NO ONE, foreign or domestic, WILL RESPECT OUR LAWS IF WE DO NOT ENFORCE THEM!!!  And PLEASE- let's FIX that idiotic "interpretation" of the 14th amendment!!!  It was NEVER meant to allow babies born on American soil to foreign nationals to automatically become American citizens!!!

ALERT – Border Patrol Reveals WHO they Just Caught Crossing the Border, This Could Get Ugly

It’s well known that Mexican and Central American illegals often cross the United States’ border to gain access, but those migrants are not the only ones aiming for our border.

An Iraqi and an Egyptian migrant were taken into custody by Border Patrol agents after they crossed the U.S.-Mexican border, via Breitbart.

“USBP agents [U.S. Border Patrol agents] from Lordsburg Station apprehended two individuals, one Iraqi national and the other from Egypt, while on patrol Saturday at 2:15 p.m. local time along Arizona State Route 80. Records checks and interviews produced no derogatory information, and the two individuals were placed into removal proceedings,” stated a spokesperson for Customs and Border Protection.

Although the gender of these two migrants was not revealed, they are believed to be two males. The location of where they were detained is also unclear, but the patrol officers went from a station in Lordsburg, New Mexico.

According to reports, the illegal migrants made it 15 miles past the border before being apprehended. If they had been detained in Arizona, the Lordsburg agents would most likely not be present. The space where they crossed the border has no barriers set up to keep migrants out.

The area south of the border from where the illegals were picked up is controlled by criminal organizations that align themselves with a Sinaloa Federation/cartel banner. This is one of the more reasonable cartels, and they are less likely to let a terrorist cross their lands.

But this has changed over time — the past two years have seen many in this cartel helping terrorists and other questionable migrants cross the border, all coming from countries where terrorism is vastly prevalent.

Anyone who trespasses on the land in Mexico controlled by the Sinaloa is often times brutally assaulted, so there is little doubt that this cartel helped these individuals cross into the United States. Otherwise, these two migrants could have been disfigured or gravely injured.

One person tried to travel through the land without permission, and a four-person strike was launched against him. In an American hospital, he had to get wood surgically removed from his rectum after he was brutally sodomized with sticks and other objects.

Having a wall bordering our country is needed now more than ever. Possible terrorists and migrants from terrorist-controlled countries are getting into this country through our shared border with Mexico, and the cartel is aiding them.

This wall is not just to keep out illegals from Mexico or Central America; it is also to keep out Middle Eastern migrants who obviously did not feel they would be successful migrating through our regular systems. Anyone who comes through Mexico has something to hide, and we need to strengthen that border as quickly as possible.

WATCH – Benghazi Survivor Comes Forward, EXPOSES What Trump-Haters Did to Him

(Angry Patriot Movement) – If you saw or read 13 Hours: The Secret Soldiers of Benghazi, you know how much Washington can put real lives at risk. One survivor is now calling these hypocrites out!

Mark Geist, who was one of the American survivors featured in the book and film, called out Democrats in Washington, telling them, “Where was that courage among the politicians that had the power to make the difference during those 13 hours in Benghazi?” In essence, they left everyone there to die. 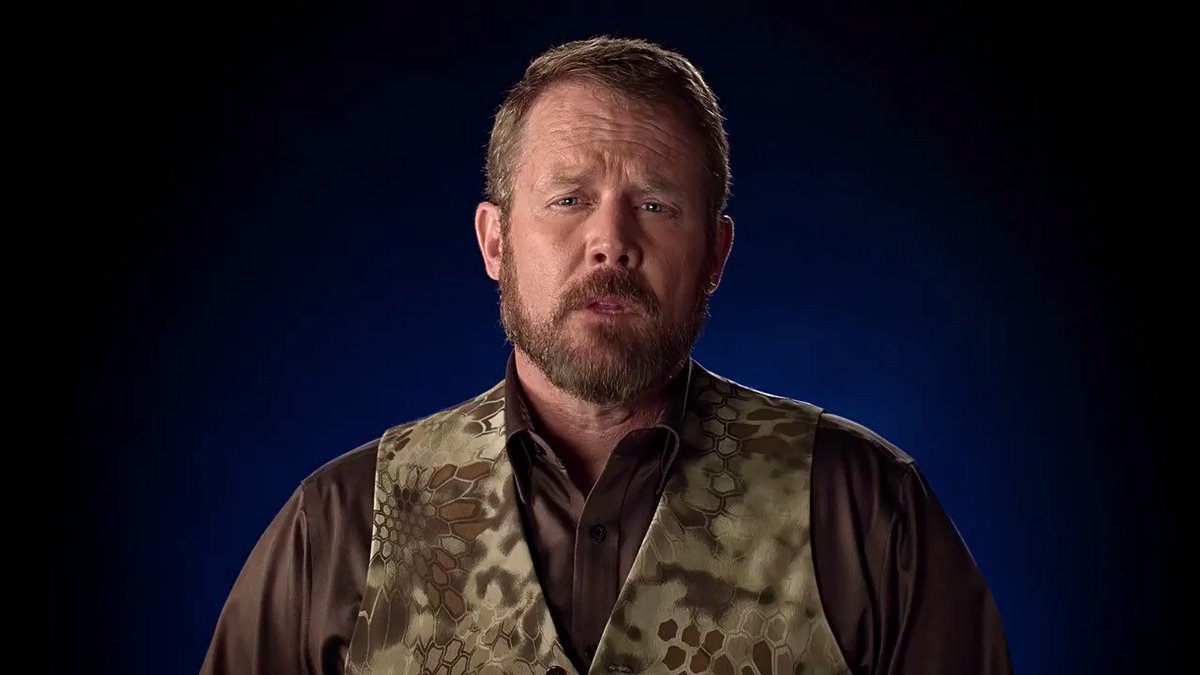 .@SenateDems have the energy to #Holdthefloor all night to delay another Cabinet nominee but couldn't pick up the phone during Benghazi.


Geist was speaking of the “courage” and energy the left used during an all-night filibuster to try to block one of Trump’s cabinet picks, Betsy DeVos.

Benghazi was one of the most disgraceful displays of inadequacy I have ever seen from our government, Hillary and Obama in particular.

NEVER should politics come before the lives of Americans, and that is very much what happened in Benghazi, and four lives were lost because of it. Democrats hung Geist, an ambassador, multiple contractors, and dozens of other Americans out to dry because they were worried about appearances.

While some may not think so, more American lives are at risk with the delay of Trump’s cabinet confirmations and the constant bickering that is going on right now in Washington.

For instance, blocking the travel ban will allow unvetted and dangerous refugees to come into our country. The lack of a wall will allow dangerous criminals, drug dealers, and possibly terrorists to enter our country via Mexico.

However, the Dems don’t care because they all have security details that protect them from reality.

Their constituents better get a grip on reality because these thugs they are arguing for will not be asking Americans if they are conservative or liberal when they pull out their guns and knives… they will just shoot or stab them.

What's wrong with her, I mean, besides being a criminal?

It's instances like this ya' just want to take someone back to the alley and straighten them out....ya' know?

Bill Kristol: White Working Class Americans Are Lazy, Spoiled and Should be Replaced by Immigrants

Neoconservative Bill Kristol says that white working class Americans should be replaced by immigrants because they have become “lazy,” “decadent” and “spoiled”.

“Look, to be totally honest, if things are so bad as you say with the white working class, don’t you want to get new Americans in?” asked Kristol.

“You can make a case that America has been great because every — I think John Adams said this — basically if you are in free society, a capitalist society, after two or three generations of hard work everyone becomes kind of decadent, lazy, spoiled — whatever,” he added.

“Then, luckily, you have these waves of people coming in from Italy, Ireland, Russia, and now Mexico, who really want to work hard and really want to succeed and really want their kids to live better lives than them and aren’t sort of clipping coupons or hoping that they can hang on and meanwhile grew up as spoiled kids and so forth. In that respect, I don’t know how this moment is that different from the early 20th century.”

Kristol’s assertion that immigrants are all hard working, tax contributing, upstanding citizens isn’t backed up by the facts, which show that “lazy” white people are less reliant on welfare.

According to the Center for Immigration Studies, “51 percent of households headed by an immigrant (legal or illegal) reported that they used at least one welfare program during the year, compared to 30 percent of native households.”

Immigrants also have a significantly higher use of food programs (40 percent vs. 22 percent for natives).

Kristol was apparently nervous about his comments being recorded despite making them at a public event.

“I hope this thing isn’t being videotaped or ever shown anywhere. Whatever tiny, pathetic future I have is going to totally collapse,” said the founder of the Weekly Standard.

The YouTube video has also been unlisted by the American Enterprise Institute, suggesting some level of hesitancy about it reaching a wider audience.  Follow on Twitter:

Bill Kristol must get some type of perverted thrill every time he opens his reckless mouth and makes a complete fool of himself. There really can't be any other reason for him to profess such stupidly in public.

Obama has a fake SS# and should have been deported.

So fraud of the SS system is not a serious offense?

What I want to know is, was it really a fake number or an ID theft.

back in 2003 I had a kid working for me  that went to buy a car.  He couldn't' get a loan because he had an outstanding loan in New Mexico, from 1990.  In 1990 he was living in New York, where he was born, and was only 8 years old.  Took him over a month, a bunch of phone calls and letters to straighten the mess out.

Come to find out, his SS number had been used by an illegal alien.

Considering how the SS numbers are assigned, it would be very difficult to "fake" one, but it is damn easy to steal one.

Any kind of ID theft, which is what stealing a SS number is, should be punished harshly.  Deporting is the least of what should happen to someone like that.

One down, many million to go.  Get them ALL out and back to where they came from!