Malik Obama, the half-brother of former President Barack Obama, posed a terrific question about Sen. John McCain early Tuesday morning, essentially questioning what exactly it is that makes the Arizona senator such a so-called “hero.”

“If @SenJohnMcCain is such a hero why is he so silent when people disrespect the flag?” he wrote on Twitter.

If @SenJohnMcCain is such a hero why is he so silent when people disrespect the flag?


Aside from McCain’s praiseworthy military service, which includes serving in the Vietnam War and being held captive by the North Vietnamese for nearly six years, the guy seems much more like a back-stabbing villain than a hero.

Consider that every single time the senator has been afforded an opportunity this year to rise up as a champion of conservatism, he’s stubbornly rebuked it.

Because of McCain’s intransigence, for instance, the Graham-Cassidy Obama “repeal” bill proposed by Sens. Bill Cassidy and Lindsey Graham is pretty much dead in the water.

Leftists like comedian Jimmy Kimmel, who spent nearly all of last week blasting the “repeal” bill on his late-night show — despite the fact he “has no clue what he’s talking about,” as noted by Ben Domenech of The Federalist — couldn’t be happier:


When know-nothing Hollywood elitists consider you a “hero,” it’s usually a bad sign. But if only this were an anomaly in McCain’s career versus the norm.

Two months ago the senator single-handedly killed a “skinny” Obamacare repeal bill, despite him having repeatedly promised his constituents he would “repeal and replace Obamacare as soon as possible.”

I guess he never meant any of it. 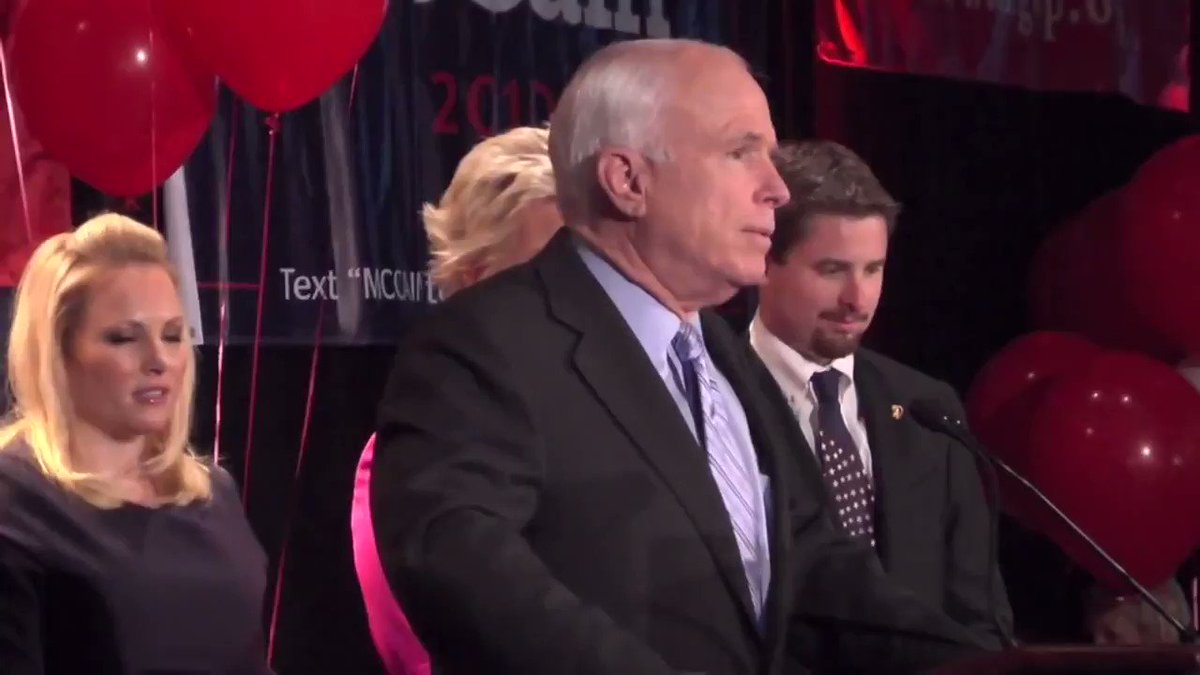 A few of the many clips of John McCain talking about Repealing & Replacing O'Care. My oh my has he changed-complete turn from years of talk!


Moreover, McCain has regularly attacked President Donald Trump over everything from his justified pardon of former Maricopa County Sheriff Joe Arpaio to his allegations that the Obama administration had wiretapped his phones.

In May he even went so far as to draw a false equivalence between the infamous Watergate investigation that brought down former President Richard Nixon, and the bogus ongoing investigation into whether the president colluded with the Russians to affect the 2016 presidential election.

“I think it’s reaching a point of where it’s of Watergate size and scale and a couple of other scandals that you and I have seen,” he said at the time. “It’s the centipede that the shoe continues to drop. And every couple of days there’s a new aspect of this really unhappy situation.”

Way to really side with the team, McCain …

And God forbid he take a stand for his fellow veterans by joining the president in condemning the punks in the NFL who’ve been kneeling during the national anthem.

The truth is McCain is neither a hero nor a team player. He’s a turncoat who’s continually sacrificed his constituents, his party and his president — and all for the chance to earn some loving praise from Democrats, i.e., his real constituents, if you catch my drift … 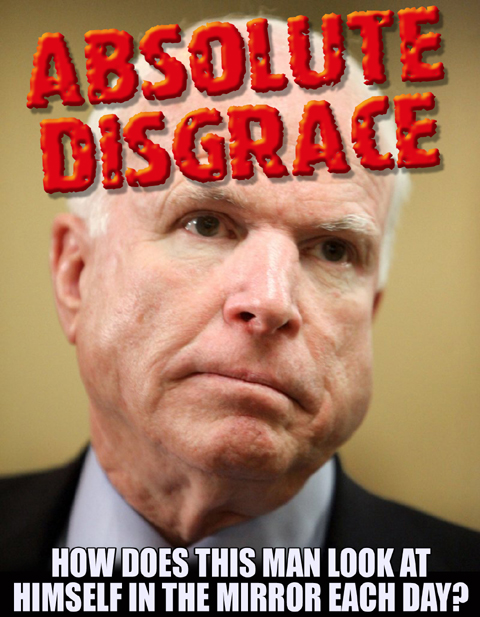 When liars lie, they lie to themselves as well.

He was, and is, a spoiled brat, who never earned a damned thing.  Least of all is respect.