The following is a brief summary of who or what Lilith is and represents... go to the links below for a more detailed exposition on Lilith... a woman for this season.

Indeed there is a legendary figure named Lilith. She first appears in a document called The Alphabet of Ben Sira, which appeared sometime between the 8th and 10th centuries AD. This document is a scurrilous account of some of the biblical characters. Lilith is portrayed as being Adam’s first wife. Hugh Nibley describes the account of Lilith as follows—

“According to the Hebrew tradition, which is very early and very widely testified, he [Adam] had a wife at this time, and she was Lilith. She represents promiscuity. She didn’t like Adam. She did everything she could to keep him from entering into the covenant and marrying in the covenant. Eve wasn’t around then. Her name means “night,” Layla. Way back in the Alphabet of Rabbi Aqiba, a very early writing, we are told about her. She was his mate, but she stands for everything that is promiscuous. She doesn’t want to get married, but she wants to play around; that’s Lilith.

Adam was living in an animal state of innocence. He had become as a little child. I guess he would be a pushover for Lilith. But she is a sinister character because she is irresponsible. She is married to him and she has children, but she doesn’t want to be responsible for them, or anything like that. She is regarded as the woman who tries to do everything she can to prevent marriage, to prevent childbirth, and to kill babies in their cribs. That’s Lilith.

There are all sorts of early charms from Babylon and elsewhere against Lilith to keep her from her shenanigans. She’s a rather important figure. She represents the sort of sexual license we have in the world today-the anything goes, just have fun”

The Bible tells the story of how Earth was created and the start of humanity. In the text, it says that man was created in the image of God, and then after finding that man was lonely, he took a rib from Adam and created Eve. However, it has been suggested that there is a part of the story that was not told in the Bible and this is that the first woman was Lilith, not Eve.

Lilith Was Banished By God For Being More Willful... Lilith is said to have been the first woman in the world and was created by God at the same time as he created Adam. It is said that Lilith was then banished and rejected by God after it was found that she was stronger and more intelligent that Adam and she would not obey the commands of Adam. The character was not mentioned in the Bible to understand the origin of humanity as Lilith was said to go against the tradition of the church in that women must obey a man and women were in a lower position than men.

Well... thanks and God Bless you and yours...

Obviously, Lilith was not suitable for man...

As God said... in Genesis 2:20 "So the man gave names to all the livestock, the birds in the sky and all the wild animals. But for Adam, no suitable helper was found."

If one is to believe the Myth... Lilith has obviously been rejected by the time Gen. 2:20 comes around, and Eve now takes her place... Only, to repeat what Lilith did.. rebel... by failing to obey her husband and eating from the Tree of Knowledge...  both Adam and Eve are kicked out of paradise... and the long struggle for redemption begins... if you believe the myth of Lilith.

It appears that women have a long history of rebellion... of independent but skewed thinking... leading to many social and physical relationship problems ... Everything from who is the head of the household and family, to what's for dinner...

If there is any truth to the myth of Lilith, it is that her legacy of being a deceiver and willful woman has become a preeminent trait among women in our culture, today.

Lilith knows no limit, she is not restricted by God, or bottled up in a lamp, her tempered hate against Christ, is older the some can understand.

Lilith is a myth... God is not limited by myths.  Even if Lilith existed, her sinful and demonic rampage, hate for Christ, will be short-lived. In the eye of eternity, she is but a vain woman.... who lost her way and is doomed to inherit hellfire and damnation for her sins.  She rejects Christ as she rejects all men... The myth defines Lilith as willful and disobedient... irascible and without moral self-control.

Lilith is a spiritual evil, and the spiritual Angels of Satan did breed with woman.

No one denies that angels breed with women... every English translation of the Holy Bible records such events...

Fallen angels, called "sons of God" (ben Elohim) in Genesis 6, were taking women, called "daughters of men," for sexual relationships. The result of these unions were a grotesque being scripture calls Nephilim. The Nephilim were giants, people who were grossly distorted by their unnatural origins.

Whether Lilith is merely a metaphor for spiritual evil... or a literal being is important to understand and differentiate between... For, we wrestle not against the flesh and blood, but against spiritual wickedness in high places...against, demonic forces, powers, and principalities.  As with any war KNOWING YOUR ENEMY is critical to winning the war...

At least your trying to get it right.

Here is a GOOD LINK in response to the question:  Did fallen angels impregnate the daughters of men? 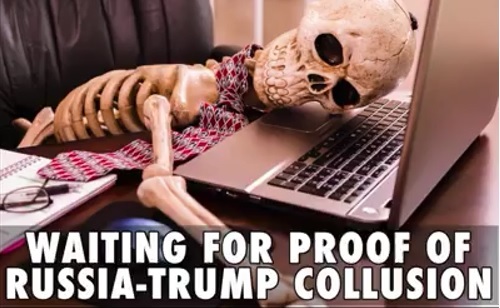 The first attempts of Lilith's Multiculturalism at the Tower of Babylon, failed.

The United Nations Tower of Babylon, and the UN Global Migration Compact, is not the second attempts for Multiculturalism.

The Anti Defamation League, came under criminal investigations, by the FBI, for terrorist activity against the US Government because of their attempts to undermine each state and Congress.

Tiffany and her family and I have the FBI documents and news papers, by now, it has been 3 months and the news papers have been reprinted and mailed out.