WASHINGTON, D.C. – Hard-left political activist David Brock, founder of Media Matters – the father of “Fake News” – is working with co-conspirators Google and Facebook to implement a strategy designed to ban conservative and libertarian websites, including Infowars.com.

This is especially a problem given attempts being made by Eric Schmidt, the founder of the multinational conglomerate Alphabet Inc., the parent company of Google, to cozy up to the Trump administration.

On Dec. 14, 2016, Schmidt was included in a group of prominent tech industry executives that met with then President-elect Donald Trump in a much-publicized meeting.

On Jan. 17, 2017, Politico reported that Schmidt was sited at an unannounced visit to Trump Tower, where he lunched privately with Jared Kushner, Trump’s real estate magnate son-in-law married to Trump’s daughter Ivanka in 2009, who has emerged to be named a Senior Advisor to his father-in-law in the White House

In briefing book entitled “Media Matters, The Top Watchdog Against Fake News and Propaganda: Transforming the Media Landscape” (obtained by the Free Beacon) that Brock published privately in January to solicit donors, Brock asserts in the first sentence, “The onslaught of well-funded right-wing media brings with it significant challenges.”

This first sentence telegraphs that by creating and advancing the narrative of “Fake News,” Brock is trying to launch what the hard-left calls “a meme.”

That “meme” or theme is designed to discredit news media that dare publish conservative views differing from the hard-left news reported by CNN and MSNBC, as well as increasingly by the New York Times – the object of several recent President Trump tweet attacks.

On the first page, Brock targets Breitbart.com as having received “millions in funding from extremist billionaires close to the Trump administration,” while providing “a nexus point for the so-called alt-right (the newest branding for white nationalism, anti-Semitism, and misogyny) to exploit vulnerabilities through the media landscape.”

Note here that Brock is also creating a narrative – adding to the meme – that the “alt-right” (another term created by Brock and the hard-left to attack conservatives) are haters – characterized as “white nationalists, anti-Semites, and misogynists” – the new hate tags Brock and his co-conspirators on the hard-left intend to apply (along with the accusation of being “racists”) on any news agency that refuses to uncritically parrot a hard-left ideological interpretation of current events.

Brock leaves no doubt that Google and Facebook are his co-conspirators in advancing the “Fake News” meme against news organizations like Infowars.com.  Consider Media Matter’s clearly articulated strategy that Brock lays out on page two of his briefing book:

“Over the next four years, Media Matters will focus on achieving the following outcomes:

“Serial misinformers and right-wing propagandists inhabiting everything from social media to the highest levels of government will be exposed.

“Internet and social media platforms, like Google and Facebook, will no longer uncritically and without consequence host and enrich fake news sites and propagandists.

“Toxic alt-right social media-fueled harassment campaigns that silence dissent and poison our national discourse will be punished and halted.”  (Bold type in the original document)

Clearly, Brock intends to continue directing Media Matters as a hard-left attack machine with no respect for the First Amendment that will inevitably target news organizations like Infowars.com not only to shut Infowars.com down, but also to punish Alex Jones and all others associated with Infowars.com

On Nov. 14, 2016, six days after Donald J. Trump was elected president, the New York Times reported Google announced a policy that would ban websites “that peddle fake news” from using its online advertising service.  Hours later, Facebook updated the language in its Facebook Audience Network policy amending the policy to specify that Facebook “will not display ads in sites that show misleading or legal content, to include fake news sites.”

On Jan. 25, 2007, Recode.com reported that Google, since declaring the policy against “fake news,” has banned 200 publishers from using its AdSense network, an ad placement service that automatically places text and display ads on participating sites based on audience characteristics. Recode further reported Google declined to provide a listing of the banned sites.

On Jan. 26, 2017, Lachan Markay reported in the Washington Free Beacon that Media Matters had launched a petition campaign during the 2016 presidential campaign aimed at pressuring Facebook into prohibiting “Fake News” website to accept Media Matters goal of getting Facebook to “adjust its model to stem the flow of damaging fake news from its platform pages.”

In his briefing book, Brock acknowledged that while Google was a relatively easy sale on “fake news,” Facebook was a much harder sale, with Mark Zuckerberg initially calling the notion that “fake news is a problem” is “crazy.”

So what did Media Matters do?

“In November, we launched a campaign pressuring Facebook to: 1) acknowledge the problem of the proliferation of fake news on Facebook and its consequences for our democracy and 2) commit to taking action to fix the problem.”

Brock reported that “as a result of our push for accountability,” Facebook was responsive to both requests.

Time to take it to this maggot

Today there is no way I can post in AOL.  They are terrified with the truth.  They will not stop us, and I guess maybe we can bankrupt Soros by letting him pay his minions to post everything against Trump, even their people are getting bored.  Thanks God Trump has twitter.  All these Maggots from AOL, Amazon, Microsoft, Apple etc. don't want to lose their slaves, more immigrants, more workers in other countries, more profit for them.

Do you think they've given up on shutting this forum down?  Hardly.

Be prepared for anything.

There is no such thing as too low for a Liberal to sink to.

this is exactly how communists socialists like Lenin, Marx, Stalin, Hitler, Mao, the midgets father in N. Korea, Castro and all the Islamic countries.. they shut down any opposition to their way of thinking and believing.....I don't know how to start a internet site for the continuation of independent , conservative, person points of view along with getting the truth out to the masses. I am so elated that we have this site. The MSM mostly are fake news outlets of ignorant personalities, who only want blind the truth.....

The liberal progressive democrat machine has been trying to silence dissent during the Obama terms.

They will continue unless we bring these attempts to silence us to the surface where We the People can interact.

Digital communication is the primary force whereby we communicate in groups and individually.

We cannot allow ANY modification to this system. 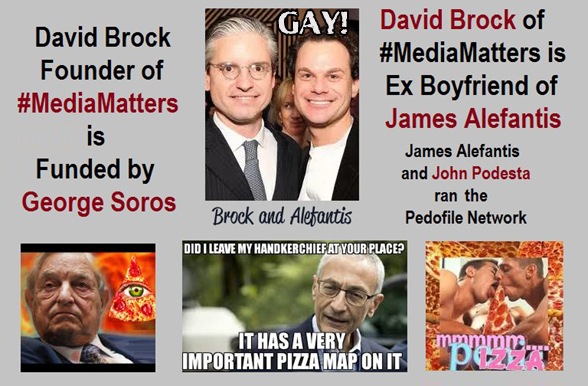 Marilyn - You are correct, as usual.  However...

The radical lefts demigod, Saul Alenski, is still alive and well in DC (and in the media [sic] areas you mention, and his rules are simple; 1.)  Never give up, 2.)  Fake nice and pick another point of attack, 3.)  Lie whenever it serves your purpose, 4.)  Kill when you need to.

Another rule, invented after Alenski died in the 1960's is the "everything is opposite," Alice in Wonderland Rule, i.e., if we are the radicals accuse your enemy of being the terrorist; if we are the lairs, accuse your opponent of falsehood, etc., etc.

Moreover, this Rule has been in practice for years so we, as conservatives and independent thinkers, should, I repeat, SHOULD, be familiar with this, what is by now, a knee jerk reaction on the part of the Extremist Left, in that:

A.  These people are died in the wool Haters (which is why they cooked up the "hate crimes" laws to silence us).

B.  Are usually, even if they are too dumb to know it, devout Marxist/Stalinist, meaning they have very little qualms about killing us folks that get in their road--where do you think Bill and Hillary got the original ideas for their past and present behavior.

C.  And, regardless of what they tell you, or appear to be doing, e.g., making nice at the white house, they will N-E-V-E-R give up and will never, ever, surrender (I recently heard that somewhere).

Recent history demonstrates just how rabid these people are and just how far they will go to silence us--up to and including killing folks like Brightbart, et al...  But, thank God, you can't kill the truth and as long as we stick to our guns, there's a metaphor there somewhere, they will not win.

Many of these miscreants are Pedophile Satanists..The evidence on Podesta and Weiners e-mails will get them sent up the river.

Well...Revelations tells us who wins and it is not them. I fully feel we are close to or in the end times...God is my guide...but things will get very bad esp for  us believers....and yes...we stick to our guns....

Fanny packin' Brocks a Pizza-Gate crew member...The A.T. Session will round up these Pedo Satan worshipping miscreants soon...a one way ticket to Iran where they don't have any gays would be nice. 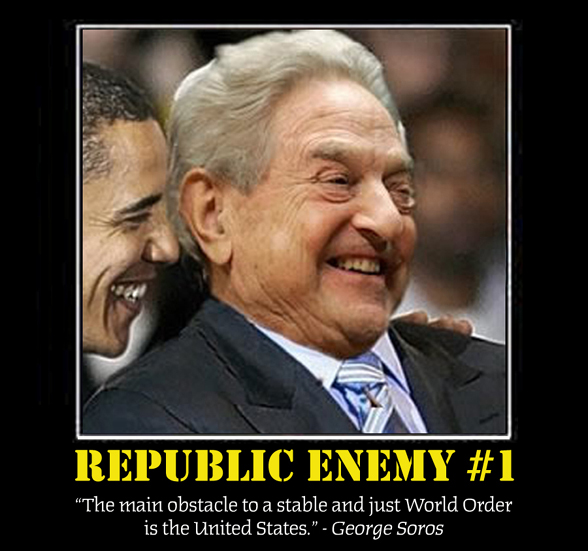