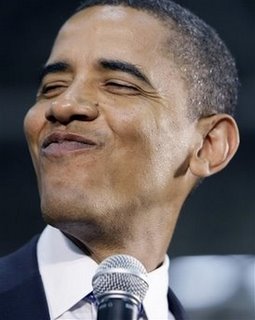 A group of lawmakers is planning to request a congressional investigation of a $418 million U.S. weapons sale to Kenya approved by the Obama administration on its last day in office.

The sale, approved by the State Department and privately notified to Congress on January 19, would allow Kenya to buy 14 weaponized crop-duster-like planes — including two trainer planes and services, for missions against terrorist group al-Shabaab.

The deal was publicly announced the Monday after Trump’s inauguration.

A handful of lawmakers, led by Rep. Ted Budd (R-NC), are questioning why the contract to produce the planes was awarded to major defense firm L3 Technologies — which has never produced such a plane — while a smaller, disabled veteran-owned company in North Carolina that already make those planes at a lower cost was not considered.

The Mooresville, N.C. company, IOMAX USA Inc., costed out 14 planes at $237 million dollars, according to a Budd aide.

“It looks like politics,” Budd said in a phone interview with Breitbart News on Monday. “Why are they sending it to someone that’s produced zero, for twice the price? This is inappropriate.”

Later this week, Budd and several other GOP congressmen are planning to request the non-partisan investigation.

It is not just Republicans puzzled by the matter. Georgia Democrat Sanford Bishop will join Republicans in signing a letter being sent to the Kenyan ambassador to the U.S. on Tuesday. I guess he had to give his "Homies" a break! Sneaky piece of trash that he is!

This has the smell of a $200 million kickback scheme for Obama's "retirement".  All of the programs that lace Kenya's existence should be scrutinized for illegal processes, and should be examined by the DOJ for possible prosecution of all of those that participated in the programs.  Federal employees should be made to stand responsible for their employment.

If I had MY way, his 'retirement' would cost FAR less than that...  One round of ammo.  Recycle the casing, please!

what are  weaponized crop-duster- planes this sounds like chemical warfare

Good point was not thinking of what but wondering why?

Simple reason, it was a vet...OWEbama showed complete disdain for our military and our LEOs...

Good catch. I will be interested in learning the why and the end results.

Everything that slime ever did was underhanded !

I'm sick and tired of hearing about Obama's crimes and not hearing anything about him facing any criminal charges. Seems like this psychopath is always getting away with murder. It's about time for some serious justice for this criminal.