Members of the House who took a trip in 2013 that was secretly funded by the Azerbaijani government denied any wrongdoing on Wednesday, stressing that the travel was pre-approved by the Ethics Committee.

“The House Committee on Ethics approved my travel request in writing prior to the trip, as is required for all House Members’ travel,” Bridenstine said in a lengthy statement.

Poe’s office said the lawmaker cooperated fully with an investigation by the Office of Congressional Ethics (OCE), and that no evidence was found that the Texas Republican knew of the secret funding arrangement.

The office of Meeks, meanwhile, said the congressman had “had no reason to believe that the trip was in any way inappropriate” and remains “confident that he complied with the law.”

The lawmakers scrambled to respond after The Washington Post obtained a 70-page report about the Azerbaijan trip complied by the OCE, an independent entity that investigates allegations of misconduct against lawmakers and their staffs.

Ten lawmakers and 32 congressional aides accepted gifts and airfare to Azerbaijan that were secretly paid for by the country’s state-owned oil company, the OCE report said.

The expenses totaled more than $125,000, including airfare, and included gifts to lawmakers of crystal tea sets, silk scarves and Azerbaijani rugs that were valued at between $2,500 and $10,000 each.

Sure, they didn't know about it.  Think this is the only time this has happened?  Is there something in the air in the chambers where these people get together to "represent" us stupid taxpayers.........something that alters their brains and any sense of morality just disappears?

Again proof that the entire system is totally corrupt

The OCE did not take an oath before the people of the UNITED STATES! This excuse will not stand in any court! They are guilty of a lawless act and should pay the price!

Why the hell do you think these useless vermin called PUBLIC SERVANTS what to get re-elected all the time? It is the easiest way to become rich. Cut illegal under the table deals, Skim a little here a dan little there, Oh! And there is always the only legal for Politicians to do back door trading that the =rest of can't or cut a bill after you buy up the land to be developed and make a killing. AIN"T LIFE WONDERFUL FOR THE POLITICAL CLASS. Just Ask Feinsteins' Hubby Blum. 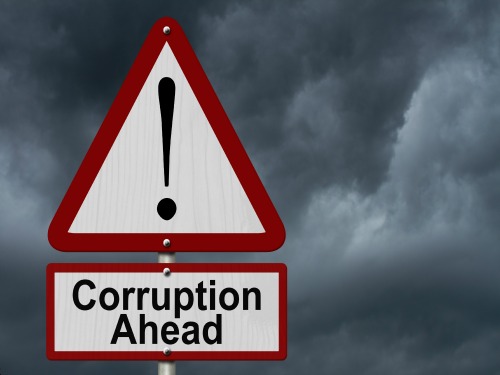 Ten lawmakers and 32 congressional aides accepted gifts and airfare to Azerbaijan that were secretly paid for by the country’s state-owned oil company, the OCE report said.

The expenses totaled more than $125,000, including airfare, and included gifts to lawmakers of crystal tea sets, silk scarves and Azerbaijani rugs that were valued at between $2,500 and $10,000 each.

Conflict of interest and pay for play is going on here. These actions must be punished and guilty congress members fired.

Tea Party Members:  Have you gotten together and put together a LAWSUIT???  I hear a lot of talk and NO ACTION in the COURTS by any INDIVIDUAL or TEA PARTY GROUP.

I have filed a Lawsuit against the UNITED STATES FEDERAL CORPORATION, Barak Obama, CEO, 1600 Pennsylvania Avenue, Washington, DC  It was received at the White House on May 7, 2015.  The Case No. 2015-0676.  Margaret Kathleen Nickerson-Malpher vs. UNITED STATES FEDERAL CORPORATION.  The case was DISMISSED.  It was filed May 1st.  It is Titled  U.S. CONSTITUTION, BILL OF RIGHTS, CIVIL RIGHTS, FRAUD UPON THE COURTS, SEEDS OF DOMESTIC TERRORISM, NATIONAL SECURITY.

I will be filing a Motion for Reconsideration.  I believe this case to be the first of its kind to enter the courts.  Why?  Because it is not JUST comprised of a Civil Rights matter or a Bill of Rights matter, or a Property Rights matter, but it shows how ALL Violations carry with them via The Media and the Victims which are Defendants and Plaintiffs and their Property (animals) out into the World (as we now have Internet) to become SEEDS OF DOMESTIC TERRORISM, and though our Security Policies call for the FEDERAL CORPORATION to institute a Program/Task Force to Protect the American People and do so by using the tools of the Principles of Management.  This is not being done.  If it were we would see the results.  We would not be seeing more Terrorism here at home or in foreign lands where more Terrorism develops/grows due to Faulty Leadership and Poisonous Idealogy spreading like Wildfire.  Problems with Race, though involved, are not the Root cause of Terrorism.  The SEEDS go back to the CORRUPTED JUDICIAL SYSTEM and the Courts whose officers let the SEEDS develop and grow.  One can make the case that The Judicial System is tainted by the Executive and Legislative System as well which all meld together.  The situation is complex.

If you folks want to do something worthwhile, I urge you to write or call the President, Your Representative in Congress, and Chief Justice Roberts of the Supreme Court of the UNITED STATES and tell them you support this Lawsuit.  You can also call this court:  The UNITED STATES DISTRICT COURT FOR THE DISTRICT OF COLUMBIA, 333 Constitution Ave. NW , Washington, DC 20001 to the Clerk of the Court or to the Chief Justice Roberts, phone: 202/354-3000.  I suggest you read the Lawsuit first.  It may not be available to the Public yet but it will be soon.  I will post it myself here.  It is 28 pages plus 17 pages in the Appendix.  Unlike many Lawsuits I have read, mine seeks to bring you, the Reader, into the EXPERIENCE I witnessed in the Courts.  Judges prefer to hear the Legal "STORY" as told to them by LAWYERS and they discount the PEOPLES' STORY and call it FRIVOULOUS.  WE NEED TO TURN THIS AROUND and get back our REPUBLIC and RULE OF LAW and the COMMON LAW COURTS for THE PEOPLE.

I am doing my best.  I am a 75 yr young single woman, going it alone, with a few friends for support.  I believe in GOD and COUNTRY, and I am a HUMANITARIAN who loves People and Animals.  GOD BLESS AMERICA!  With Love, Margot

"Ignorance is no excuse for breaking the law"

Will these jokers get handed indictments?

Lee desperately needs to go. She is absolute garbage and an embarrassment to Texas.

Now you know why the politicians won't impeach the n--a in the WH or any other politicians, because they are getting paid a hell of a lot more then the salaries by terrorist and other radical governments.  The US citizens to to form a nation wide militia,( which I would gladly volunteer for) and perform a coup and arrest and put them all on trial for treason and execute them on the spot.  The Constitution has spoken.  Anybody else have the gonads.

The way I see it, Michelle Obama and family are supposed to have spent well over 48 million in travel expenses, personal security and all the other stuff that goes along with their vacations.  I'm not sure about most peoples vacations, but from what I understand, the Obama's have spent more on trips and vacations and things of that nature that totals more than all the other Presidents that the USA has ever had, if you add all the other Presidents vacations and travel all together......Now, I believe that all that money could have gone to help a whole bunch of people out in this country and to me, it was just a way for that family to show how much they think they are kings and queens of the USA instead of a Presidential family....Truly sad, any way you look at it....