As if life can’t be confusing enough to get through, now we have to figure this stuff out. 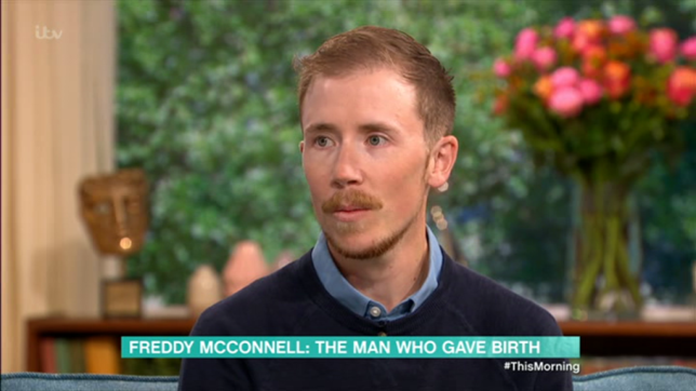 A woman, pretending to be a man and known as a “Seahorse,” gives birth to a baby and wants to be registered as the child’s father, but English law won’t let him/her/whatever do it.

Freddy McConnell, whose pregnancy was recently documented in a BBC film, wants the law to be changed so he can legally be registered as the child’s father.

The problem is that Freddy (a biological woman) gave birth to the child, and English law requires the person who gives birth to be registered as the mother on the birth certificate (what a surprise).

BBC calls Freddy a “Seahorse.”  A seahorse is a term coined for transgender men who give birth “naturally,” just like real male seahorses that have offspring.

So what’s a “Seahorse” to do in a situation like this?

Well first, there’s always the moaning and groaning about unfair, discriminatory and outdated laws. Then there’s the mass media campaign to cultivate sympathy and outrage. Then, of course, there are the demands and public appeals to get the law changed.

Freddy says, “the laws actually hasn’t kept up with society and different kinds of families and the ways families are created now.”

We live in such a backwards society, I fear. How do we ever make our way through each primitive day?

Oh, my head is spinning in confusion: Women becoming men, giving birth as a seahorse and wanting to be legally registered as a father.  I’m dizzy.

I’m struggling too, Freddy.  We all are.

I really do not know what to think.