It turns out that controversial anti-conservative politics were par...

According to an article on the Capital Research Center website, a watchdog organization did a probe into the National Football League Players Association tax records and discovered something very interesting. They’re actively funding “resistance” groups to oppose Trump’s presidency.

The discovery was made by the conservative watchdog group, 2nd Vote. They discovered that the NFLPA makes regular donations to various groups that are working with the resistance efforts against Trump.

The NFLPA’s donations are part of a large mass of funds that go towards various anti-Trump groups to actively hinder or oppose his presidency. Many of these groups also receive funding from notable left-wing donor, George Soros.

This revelation isn’t too surprising considering the organized protests seen out of the NFL against Trump following his controversial statements in Alabama, according to USA Today. There at a rally, Trump stated fans were tired of the national anthem protests and it would be good for NFL owners to fire those players who protest.

Many NFL players and owners took offense to the comment and, of course, the NFLPA had issues with the statement as well. President of the NFLPA, Eric Winston, said the comments were “a slap in the face to the civil rights heroes of the past and present.”

According to Reuters, after Vice President Mike Pence walked out of a game when over a dozen players of the San Francisco 49ers protested the anthem, DeMaurice Smith, NFLPA executive director reacted by criticizing NFL management and dismissing the idea that the protests were somehow offensive.

Smith stated, “No player is disrespecting our Country or our Flag. As thousands have shown in the past, it takes bravery and courage to speak and confront these issues as our players have, especially when it is unpopular with some. There is room for Management to do the same and maybe then players do not have to risk the taunts and threats alone. This is their opportunity to lead as well and will be a true test of the motto that ‘Football is Family.’”

Yet, as time has shown, fans disagree and the NFL has been suffering both in ratings and revenue as both fans and business associates have walked away from the sports organization.

The NFL Player’s Association is actively funding “resistance” groups to oppose Trump’s presidency. Is football becoming a sport for leftists only?

Apparently, this doesn’t concern Winston, who has the same mindset as Smith. Winston stated, “Honestly, I don’t care, and I don’t think the guys in this locker room care whether [the NFL] is going to be around in 20 years because none of us are going to be playing.”

This stunning statement shows that the leaders of the NFLPA care more about their political goals and agendas than they do about the players. Their efforts to help fund and support notable anti-Trump organizations also betray their true opinions of the protests and what little they’re going to do to stop them.

They would rather watch the NFL crumble than admit Trump was right and stop the protesting. 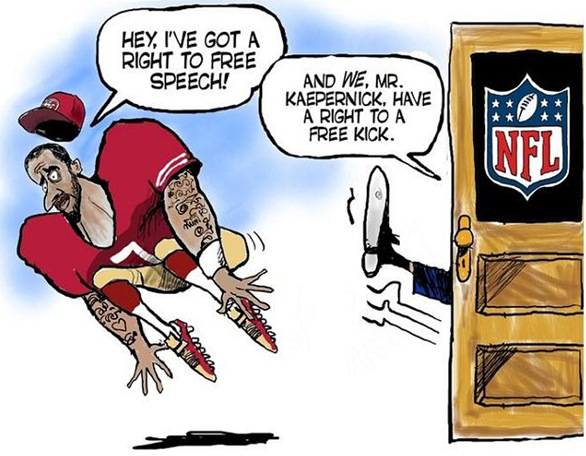 Yeah...they've got a right to free speech, but not at work, and not on our dime/time.

I have a good idea. I vote that they should contribute one year's salary and their own time, so on their own dime and their own time, spend time mentoring young black kids, teaching them to read, write and looks things up (research), take them to church, teach them the 10 C's, provide out of their own dime, any necessities that are lacking, and otherwise put their damn dime where their mouth is. 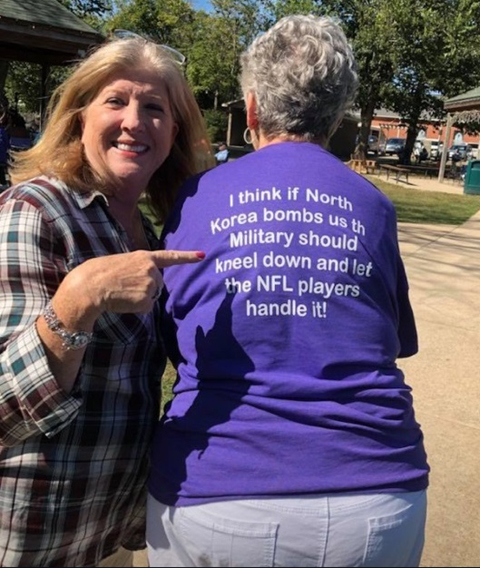 It figures that the same old tricks from the communist playbook are being used.  They call themselves progressives nothing progressive about them it is regressive attempting to bring America to their old 1800/1900 philosophy.  We don't want it nor does the world need it.  Can not say how many hundreds of millions have been killed under this old tried philosophy.  Call it what you want (progressives, socialism, liberals, fascist, Marxist, Communist, Nazism) They are all part of the Left and part of their deceit to control every part of our life.  These organizations like the NFL don't realize they will be one of the first killed if this evil gets their way.  Don't they realize they are part of the disposable people.  God help us all. 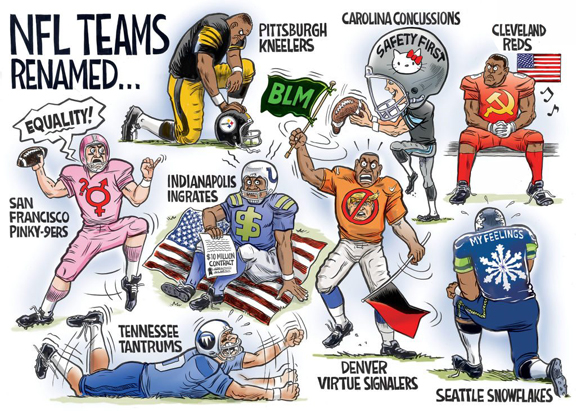 My uncle is probably rolling in his grave with the direction of the Seahawks... 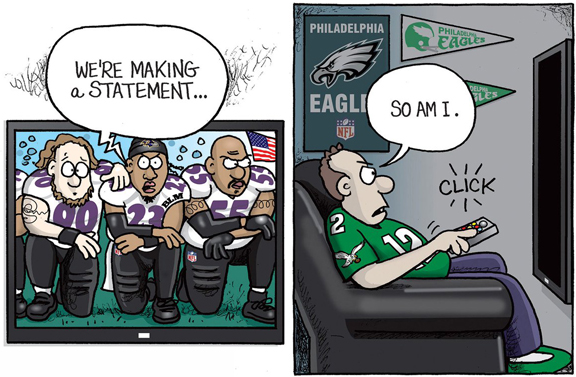