It was in 1978 that former President Jimmy Carter brought Israel and Egypt together for the Camp David accord and was later named winner of the Nobel Peace Prize.

Now, he wants to try his hand at defusing the tensions between North Korea and the United States.

“Carter wants to meet with the North Korean leader and play a constructive role for peace on the Korean Peninsula as he did in 1994,” said Park Han-shik, an emeritus professor of international affairs at the University of Georgia.

“He wants to prevent a second Korean War,” Han-shik said, referring to a trip Carter made in 1994 to North Korea during the Clinton administration.

“Should former President Carter be able to visit North Korea, he would like to meet with North Korean leader Kim Jong Un and discuss a peace treaty between the United States and the North and a complete denuclearization of North Korea,” Park said.

To date, North Korea has rejected any effort to rein in its nuclear missile program.

And Carter, 93, recently wrote an op-ed in The Washington Post in which he said peace must be achieved.

“This is the most serious existing threat to world peace, and it is imperative that Pyongyang and Washington find some way to ease the escalating tension and reach a lasting, peaceful agreement,” he wrote.

Carter said that in his dealings with past North Korean regimes, the leadership was “rational.”

“What the officials have always demanded is direct talks with the United States, leading to a permanent peace treaty to replace the still-prevailing 1953 cease-fire that has failed to end the Korean conflict,” he wrote. “They want an end to sanctions, a guarantee that there will be no military attack on a peaceful North Korea, and eventual normal relations between their country and the international community.”

Carter dismissed every option on the table to date.

“All of these options are intended to dissuade or deter the leadership of a nation with long-range nuclear weapons — and that believes its existence is threatened — from taking steps to defend itself. None of them offer an immediate way to end the present crisis, because the Pyongyang government believes its survival is at stake,” he said.

Instead, he said, the U.S. should talk peace, a very different message than the ones given by Defense Secretary James Mattis — and President Donald Trump himself.

“The next step should be for the United States to offer to send a high-level delegation to Pyongyang for peace talks,” he wrote. “To support an international conference including North and South Korea, the United States and China, at a mutually acceptable site.” 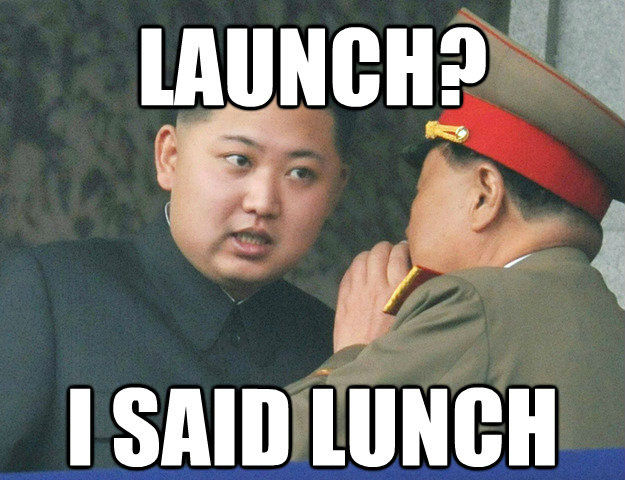 Amazing how many FORMER presidents think they should butt-in, and believe they can run things better than the current president...

One of the examples I believe proves Carter should just SHUT THE HELL UP!


For Jimmy Carter, Light Never Goes On When It Comes To Terrorism

Leadership: The man who many call the "greatest living ex-president" is at it again, suggesting that the horrific terrorist attacks in Paris are partly Israel's fault.

Speaking on "The Daily Show" with Jon Stewart, Jimmy Carter was asked if the violence in Paris had causes other than Islamic extremism.

"Well, one of the origins for it is the Palestinian problem," Carter said. "And this aggravates people who are affiliated in any way with the Arab people who live in the West Bank and Gaza, what they are doing now — what's being done to them. So I think that's part of it."

Ah, the "Palestinian problem." So that's why Islamic terrorists slaughtered a roomful of cartoonists and satirists, and why the West faces an upsurge in terror?

Let's see, is Israel also the cause of the disintegration of Iraq? The creation of the terrorist Islamic State? The collapse of Syria? The takeover of Egypt by Muslim radicals? Iran's depredations across the Mideast and its pursuit of a nuclear bomb? The splintering of Libya into competing terrorist fiefdoms? All because of Israel?

This explains why our former president, bless him, would be wise to stop talking about the Mideast. Behind terrorism and nearly every other problem there, he sees the existence of Israel and its nervy insistence on not allowing itself to be exterminated as root causes.

Apparently, Carter believes if only Israel would allow yet another terrorist state to be created right on its border, all would be peace and light. Nor are his recent remarks a slip of the tongue. Carter over the years has repeatedly suggested Israel lies at the heart of all the Mideast's ills. It's shocking anyone still takes him seriously.

It was most on display in his unfortunate 2006 book "Palestine: Peace Not Apartheid," which was so full of errors, inaccuracies, incorrect history and blame for Israel that he was roundly criticized, even by the left.

In particular, along with equating Israel's vibrant democracy with apartheid, Carter wrote in his book that Arabs will "end the suicide bombings and other acts of terrorism when international laws and the ultimate goals of the Roadmap for Peace are accepted by Israel."

Now, across Europe, citizens for the first time are seeing the light about the true threat that Islamic fundamentalism poses to their civilization and way of life. But somehow, for Carter, that light never goes on. Former U.S. President  Jimmy Carter is a certified turncoat. Instead of lounging on the "Lolita Express" with Bill Clinton and A... (who is not a former president, but is certainly a monster — so he's absolutely, definitely, presidential material), Carter has devoted his life to treasonous activities such as "advocating for not killing Palestinian children" and "helping Russia locate terrorists." The second offense is clearly the most heinous. Via our favorite organ of outrageous news:

Former President Jimmy Carter said recently that he provided maps of Islamic State positions in Syria to the Russian embassy in Washington, a move apparently at odds with the Obama administration’s official policy of not cooperating with Russia in the Syrian war.

Carter said on Sunday in Georgia that he knows Russian President Vladimir Putin “fairly well” because they “have a common interest in fly fishing.” When he met with Putin in April along with other global leaders to discuss the crises in Syria and Ukraine, the Russian president gave him an email address so the two could discuss his “fly fishing experiences, particularly in Russia,” Carter said.

Jimmy! Putin doesn't care about fly fishing! He is only interested in killing our beloved rainbow sprinkle moderate rebels fighting for freedom (i.e. fly fishing! among other things) in Syria. You demented old man! Off to Gitmo with you!