Former Secretary of State Hillary Rodham Clinton said Tuesday she has deleted all of her personal emails but vowed she’s turned over anything related to her government business, as she tried addressed the growing controversy for the first time.

Mrs. Clinton, speaking after a speech at the U.N., said she’s “taken unprecedented steps” to release 55,000 pages of emails to the State Department and said it’s up to them to decide what to do with them at this point. But she said she will not turn over her server, and said Americans should trust her judgment as she decided what emails to turn over and what to delete.

She also described her decision to only use a private email account as a matter of convenience.

“I wanted to use just one device for both personal and work emails, instead of two,” she said, adding that emails she sent to other department employees were already stored.

Mrs. Clinton said the law allowed her to maintain a private email account, and she said she believed most of her emails were already captured in official systems because the recipients of her official emails were usually on government accounts.

“I fully complied with every rule,” she said.

If she deleted all her personal emails, she is GUILTY! She cannot have it her way and then the rest of us have to follow the law? Gimmie a break this criminal keeps on giving outlandish crap and fools all of us thinking she is above the LAW? She is just another domestic  enemy on the list that  True Patriots will have to deal with down the road.

These days....I'm trying to figure out who's worse.  Liars like Hillary, or all the government officials and committees who buy into the BS lies/stories... 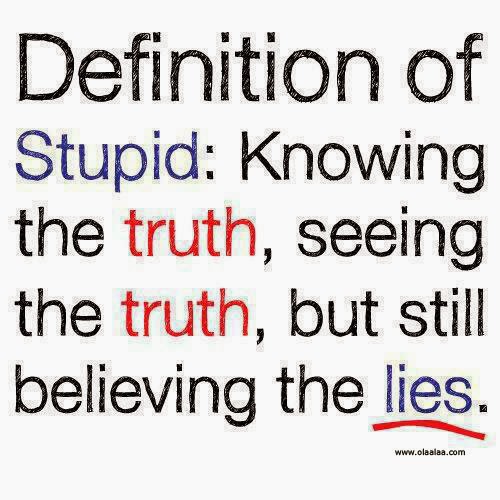 A bank robber was walking past a bank one day and found it "convenient" to go into the bank with his gun and get the money he wanted.  It was convenient but illegal.  The difference here is that Hillary will never go to prison for anything illegal she is caught doing.  She gypped all of those people out of their life savings through the Whitewater investment fraud, and nothing happened to her.  More important for Americans to consider is the horrible job she did as Secretary of State.  This woman is truly above the law. So are many other people working in government jobs.  How much longer can the United States last as a nation?

Permalink Reply by Mary Gomez on March 10, 2015 at 2:44pm
A REPORTER ASKED HER If THE WH WAS AWARE OF HER USE OF PERSONAL EMAILS . SHE LAUGHED , SIGNIFYING SHE WAS ANGRY . THATS HER WAY OF SAYING SHE KNOWS BHO IS THROWING HER UNDER THE BUS . SHE NEVERTHELESS ANSWERED THE QUESTION . VER TELLING .

Actually the lady is quite correct,...all is on base of ....convenience, let's keep that in mind.

Ah!, yes, convenience....very well , does anyone out there know what would be of a very good convenience for our country?....get rid of Mr Barack Obama, and associates.

We do have, bad economy (this country owes even the bottoms of the shirt to everyone out there (specially to China), events like.....IRS/NSA, Benghazi, Syria, Iran, Egypt, Iran, the entire middle east with ISIS and everything in between, unprotected borders - which means - drug cartels, massive crime, illegal parasites, terrorists groups infiltration,....Obamacare fraud,(which is boiling right now).... the out-of-law amnesty attempt.(boiling right now too),...and so much more.

Don't we have (we, the people),...don't we have enough material to expose, accuse, convict, arrest, remove from power, and ultimately sent to jail the members, associates and affiliates inside and related to this un-American, unconstitutional , corrupted and fraud-base current administration?.....Yes?....or....No?

Nixon did less and it took only two journalist and a rotative to put him out of commission......we do have much much more to present against this impostor, don't we?

Well the solution is but one ,....to strike from root and in the head the entire anti-american, corrupted, rogue, unconstitutional-oriented, and fraud-base current administration there in Washington.

Mr Barack Obama must be removed from White House, and put in jail along with all associates and affiliates the support and hide his illegal , unconstitutional , and so fraud-base ill-acquired presidential platform.

What is needed is someone in the inside the farce ( a whistleblower) - tired to be manipulated through BRIBE, and INTIMIDATION - to step foreward,...and as result a "domino effect" is to be generated,....the American public will be informed in amplitud and so,... a coast-to-coast and nation-wide demand for exposure, charges, conviction ,arresting, and jail time will be the final point . It is so happens that whistleblowers (although the current administration are doing herculeans efforts to silence them all) there are out there dime a dozen,,,,aren't they?

And so, because all is and has been a fraud, and illegal, everything - absolutely everything! -done by his name and under his name (indictments, executive orders, laws, etc, etc, )...everything becomes , automatically - BY CONSTITUTION - becomes "NULL" / invalid.

Mr Obama himself (the so called 'president') is very much well aware is way, way overdue to be exposed, arrested, charged, convicted, prosecuted, remove from power,and sent to jail for a very long time along with all his associates and affiliates supporting the fraudulent platform where he is...... the entire current administration for their ongoing insidious assault in so many ways and at so many levels - to the good people of our great country.

And that for short. Any input?

You know, pretty much any device that can handle e-mail can handle more than one account at a time.  So what's all this about carrying two devices?

Another thing that made me laugh during her press conference was her claim that all her e-mails were captured/recorded as required because she always wrote to others using their government e-mails.  At best, this is sloppy practice (relying entirely on others to maintain records she is supposed to keep).  In reality, it gives every reasonable American reason to suspect a cavalier attitude about the office of Secretary of State.

This whole thing stinks seven ways to Sunday, and anyone with half a brain can see it.  The American people are not the fools you think they are, Mrs. Clinton.

joseph, demonkrat voters ARE the fools she thinks they are!!!!!!! they voted for fuehrer obama based on skin color.  how foolish is that?????  immeasurable!!!!!

This never ending obnoxious attitude of the Leadership of our Government MUST END.  They think they can do whatever they want and say whatever they feel is necessary to make us go away.  If the Republican Party does not put an end to this women, we will have another Obama in the White House.  Do you really think they would stop at anything to get her in there?

Correct you are, indeed.

Although much could be said and presented about this, let's just take a rapid look at a thing or two....perhaps it will alert curiousity out there to someone.

Although The Bill Clinton Foundation is presented as philanthropic enterprise helping victims of terrorism around the world and against the ilamic-muslim terrorist constant assault ....the reality is otherwise.

The Clinton Global Foundation is a front for terrorist support.
http://www.wnd.com/1999/09/6379/
http://usaunifiedstrengthinamerica.com/bill-clinton-a-man-without-h...

“The Clinton Foundation was, from the start, a trap door for ethics. Now it seems it is also a mirror into Clinton ethics, judgment, and hypocrisy,” said former Pentagon official Michael Rubin, who studies global terrorism networks.
http://freebeacon.com/politics/clinton-foundation-hamas-share-major...

And that for short.

This administration writes it's own rules.