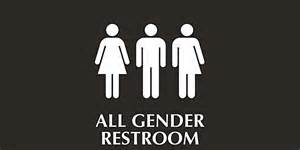 MADISON, Wis. — Sparta Area School District Superintendent John Hendricks is a man of few words when describing the motivation behind his proposal to allow transgender students to use school restrooms of the gender with which they identify.

Unfortunately for Hendricks, Wisconsin Family Action and Alliance Defending Freedom are being loud and clear in their message that such gender identity policies violate a student’s right to bodily privacy and potentially could cost taxpayers by opening up school districts to legal liabilities.

But it’s not like Sparta, a small city of 9,600 in western Wisconsin, is acting alone. More and more school boards in the state and across the country are implementing new guidelines to accommodate transgender individuals, who make up 0.3 percent of the nation’s population.

“The first responsibility of a school board and a school administration is to protect the safety of students and to protect their privacy …When you have these policies, you put those at risk,” Wisconsin Family Action President Julaine Appling told Wisconsin Reporter. “At a minimum, you put the right to privacy at full risk for students when you allow the very, very few people who fall into these transgender situations to use bathrooms reserved for the opposite sex.”

"...I think that the school board members need to use the same rest rooms as well,..."

NO!!!  When you are very young you learn to close the door of the bathroom when you go in.  In school, you are with kids built like you, and you have had that experience.  You go in, and the door closes.  If you were to find an adult in there, what would you do?  I would have panicked!  I suspect MOST would.  Same if one walked in on me!

Boys are boys, and girls are girls.  Notwithstanding the internet 'news' stories, a kid does NOT make those decisions at age 6 or 8 or 10.  Certain creepy people with nothing better to do make them FOR them.

As a well-known preacher put it recently:   "Go in the bathroom, look below your waist, and you will know what you are".  Sounds pretty clear to me.

My reply on November 8, 2014, to article online about sexual behavior and the acceptance of any and all human cultures and religions into American culture as equal to every other religion and culture. The worship of “freedom” itself where every man is his own GOD.

AND why did this curse fall on Israel.. FOR ONE REASON ALONE - they began allowing and even promoting perverted sexual behavior such as homo-sex, same sex marriage arrangements, and they began to defend that behavior. JEHOVAH, the God of ISRAEL.. is the FATHER of our LORD Jesus Christ.. and that curse still applies and has now fallen on the United States of America.

Our enemy has come in among us exactly as the Lord God foretold and there is nothing we can do about it. ELECTING a new president will not help... NOTHING but national repentance and reversing all the laws that protect and defend and permit perverted sexual behavior will help and that is only the starting place.

ONE MAN ONE WOMAN in lawful marriage..is the only sexual relationship the GOD OF ISRAEL, the FATHER OF OUR LORD JESUS CHRIST ALLOWS.. and HE never changes.. no such thing as change or a new rule... But now the Judges and Courts of America have begun deciding against the long standing tradition of one man- one woman legally bound in marriage as the only legal and acceptable sexual relationship allowed in the United States of America.

Jehovah's rules and laws are SET IN STONE... READ THE BIBLE.. AMERICA is deceived and will do down if they don't reverse permission and acceptance and defense of and glorification of homo-sex type behavior in every manifestation thereof, and repent and fall on their faces and worship Jesus Christ alone as in Acts 2:38.

Also, the liberation (so called) of women from being in subjection to their husbands...is the root cause of homosexual behavior in their sons, according to the FATHER OF MODERN PSYCHOLOGY.. Dr. Sigmund Freud..READ his PROFESSIONAL diagnosis of the homo-sexual life style and its root cause.

A very famous Medical Doctor's diagnosis. I am quoting directly from Dr. Sigmund Freud.  The Father of Modern Psychology. Read it for yourself. PLEASE NOTE: No behavioral scientist today, has ever dis-proven Dr. Freud’s findings; but have confirmed his findings in every truly “scientific” project.

THE most dangerous word used by the founding fathers was the word "freedom".  There is a limit to 'freedom' and the USA has exceeded that limit. THEY worship at the shrine of human 'freedom' to the extent that EVERY MAN IS HIS OWN GOD. That is the chief doctrine of satan and Baal worship. In a world with that kind of social tradition, there are no TEN commandments; or a Constitution. Every man is his own God and his rights i.e. his personal desires have no limits no matter what they are. WARNING!! The USA has arrived at that point.

AMERICA fell into that pit of destruction which is as old as Sodom and Gomorrah and Baal worship, and the Canaanites doctrine of sex with anything including animals and their own family members.  America is going down for the count and will never rise again. Read in the Bible how Almighty God destroyed those civilizations.

WATCH it happen.  Warning, the fire and smoke from the Twin Towers of September 11, 2001, was only a foretaste of the judgment the Lord God and Father of Our Lord Jesus Christ will allow to come upon the United States.  America was not set up to be a Christian nation and is not now nor ever has been a Christian nation. Read the Constitution and By-Laws of America. The name, Jesus Christ, is not mentioned anywhere. The word “God” applies to millions of entities from the dawn of mankind. “God” is whatever you believe ‘it’ to be. But there is only ONE Lord JESUS CHRIST and he tolerates no rivals or look-a-likes. THE BIBLE is his only word.

You say some interesting things - not all I agree with.  ESPecially  "...America is going down for the count and shall never rise again".   Uh Uh Uh - never say never.  True - God changes not, but He is giving us a window of time to get on our faces and repent for this nation.  I, for one, am obeying that mandate in 2 Chr 7:14 - awesome promises if we fulfill the conditions.  And remember Rev. - we should never put God in a box - as soon as we say He is... He will do something different.  That's our Awesome God!

True Lady M. But the published WORD of GOD is his BOX  He will not vary from that WORD...  "MY WORDS are life," said Jesus...and I change not.. Jehovah said..

True also...that IF enough citizens humble themselves and pray and truly seek HIS face..the will turn things around... BUT there are over 111 languages spoken in the US according to published research a few years ago.

AND there are an untold number of religions in the US.  But only the religion that worships the LORD JESUS CHRIST in Spirit and in TRUTH - HIS TRUTH- will prevail in prayer. See Acts 2:28 and Acts 19:1-7..for examples of the one true religious faith.

ONLY ONE.church, faith, religion doctrine... ..and.that it is found in God's BOX..from which he will never vary.. the BIBLE.   JESUS CHRIST SAID...NO ONE can come to GOD...except in, by and through ME. That cuts out all religonis except the true worshippers of Jesus Christ as in above verses Acts 19:1-7.

All others are fake and frauds and helping to bring judgment to the USA. www.rlbm.org

In  your second paragraph you say "...IF enough citizens...."  Rev., God isn't speaking to citizens of the USA in 2Chr. 7:14.  He is speaking to those who love Him (His Son and His Spirit) . Only believers - who pray in Spirit and in Truth can obey that scripture (any scripture) and be heard from Heaven.   Truly, I am praying with all my heart and soul that He will save America.  I can't find it in my heart anymore to ask Him to bless America - with all our slaughtering the most innocent among us - but save America? YES, that I am praying for.!

I agree Merissa - Few Americans understand your post or mine..for few really know the Lord Jesus Christ in Spirit and in Truth as in Acts 19:1-6...short but complete example of TRUE CHRISTIANITY... that and that alone is true CHRISTIANITY... In Spirit and In TRUTH..

.Paul preached the same way of salvation everywhere he went.

If Paul were here today.. 98% of the religious and churches of AMERICA would BAN him and kick him out for preaching what he did in Acts 19:1-6..

BUT THAT IS THE ONE AND ONLY WAY TO SALVATION by the shed Blood of Jesus Christ.

Thanks for your reply and updating..

All the so called leading Churches and Pastors of the US totally reject Acts 19:1-6 and would not allow Paul to preach that in the churches of AMERICA.. see my site at www.rlbm.org

Permalink Reply by Little Bright Feather on November 8, 2014 at 8:39pm

YES you CAN take back your schools - you just need to grow a backbone and DO IT !  In Cleveland Tenn they do NOT have these problems because Christians are the teachers and staff, and they do not allow any Islam in the schools there, nor that evil porn they call "sex education" an no Communism.  They took control of their schools as a community ! They have prayer every day in those schools. They teach Bible and general Christianity and creationism, and will not allow anyone who is not a Christian into their school system.  The community has control of their schools as it should be !  Not the govt or the state !  And these are public schools ! So do not say it cannot be done !  It just takes parents who REALLY CARE more about their kids then they fear the govt, and that swing into action !  God told you to NOT fear, but to have courage.  Where is the courage in America ?   And Cleveland is not a small city - it is a pretty big one !  If it had a warmer climate I'd live there in a heartbeat.  But I live in Florida where I need the heat.  Been here most of my life.

Rev: I am not trying to be nit-picky, but you say few really know the Lord Jesus Christ.  Remember where God says to Elijah in the Bible: 1 Kings 19:18 - there are 7,000 who have not bowed their knee to Ba'al .  I believe there are 100's of 1,000's of born again believers in the USA who truly love the Savior and are saved by His Blood.

BUT the church was born on the day of Pentecost...when the promise of John the Baptist   Mark 1:8   was delivered...and the promise confirmed by Jesus in Acts 1:3-6 was fulfilled...of Joel 2:27,28,29 was delivered..to the world for the first time.. See Acts 19:1-6 for a short but detailed salvation message and ministry. THAT is the Gospel of salvation..  THE HISTORY books of John, Matt. Mark, Luke...not one was a Christian.. Christianity began in Acts 2:4-42.. then Acts 19:1-6; Acts 10:32 to end.. that is Christianity..salvation... by the Blood of Jesus...BUT don't worry.. you will be healed if you listen to the Word on the CD and read the  word above and call or get in touch..for this ministry by phone or in person.. Praying for you in Jesus Name... I preach nothing but the exact words from the WORD...nothing but. THATis why multitudes are healed.

I visited your website briefly and am going back to listen to your CD.  Very happy that you took Jesus at His Word and received His gift of healings.  Jesus came to give gifts to men (and women).  I need many physical healings - and I believe God heals today.  Glad we met.