German prosecutors said Thursday they had shut down a major platform used by “elite pedophiles” for organizing the sexual abuse of children, arresting its suspected ringleader and senior members of the “pedophile community” in Germany and abroad.

According to police, the arrests include “high level politicians” as well as entertainers, white-collar professionals, and high-ranking clergy members.

The sting, dubbed Operation Elysium, was launched on the eve of the G20 in Hamburg, throwing the global summit into disarray after key members of at least two European delegations were held by police.

The elite pedophile community, operating through a website known as ‘Elysium,’ “was used for global exchanges of child pornography by its members and to arrange meetings to sexually abuse children,” prosecutors in the western city of Frankfurt said in a statement.

PressTV reports that the community had 87,000 active members who “traded images and video files” of “the most serious sexual abuse of children, including babies, and representations of sexual violence against children.”

After months of investigation, authorities arrested a 39-year-old man from the Limburg-Weilburg district suspected of being the pedophile website administrator. He is being questioned in custody, as police attempt to gain the names and personal details of all 87,000 members of the online community.

The statement did not say how many people had been arrested, adding that more details of the case would be made available at a news conference on Friday.

Agence France-Press reports: “The suspect is believed to have been largely responsible for the creation of the technical infrastructure of the platform as its administrator,” prosecutors said, adding that they had found the server used to store the site’s data on the the so-called darknet during a search of his flat.


Darknet sites like the one uncovered in the case are invisible to most internet users and can only be accessed by using encryption technology. They have repeatedly been used by criminals to trade drugs and weapons.

Investigators have identified other administrators and members of the ring and arrested some of them, mostly in Germany and Austria.

Among them are people accused of serious sexual abuse of children, the statement said.

If this is true, kill him! ALL pedophiles and rapist should be executed! PERIOD!

There has been a lot of arrest all around the glob, its about time. 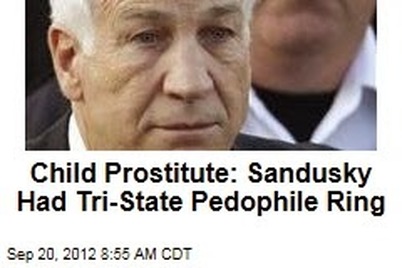