After reviewing thousands of pages, I felt lost, of how to prove Obamacare is a Tax By the IRS of London England. Mrs. Alice Trinity Littlefoot saved the day. You all do remember her. She was more then just a member of a Tea Party, she is a X- IRS Officer, and like I said, she saved the day. Not only did she show me a financial transfer of funds from this Government of the good old USA, it went to a company owned by London England.

Trans-Pacific Partnership & Obamacare goes hand in hand, not only is this system costing Americans over $200 Billion per year in a IRS Tax Scandal, this Government made Laws where this can not even be challenged in the Courts. They Took the Constitution Of The United States, used pre- prepared Laws and wrapped this up so tight that it is all most impossible to break. But it can be exposed. The following has been seen by many patriots, both Republican and Democrats. What you do not know is Paul Ryan is deeply involved in this, we have a PDF doc, of TPP and Obamacare, Congressional Records, Paul Ryan's name was the first on the page. He was one of the main Congressional Leaders for this IRS Obamacare Tax of London England.

Like I stated most here have seen this before- 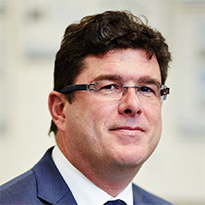 TPP’s Founder & CEO to be given an OBE
Frank Hester: http://www.tpp-uk.com/latest-news-stories/tpps-founder-ceo-to-be-gi...

The Cabinet Office announced today that TPP’s Founder & CEO, Frank Hester, has been named on the Queen’s New Year’s Honours List. The list, which recognises the service and achievements of ordinary people across the UK, is announced every year just before New Year’s Eve. Early in 2015, Frank will be awarded with an OBE (Order of the British Empire), for his services to healthcare. Awards are usually presented by a member of the Royal Family at a formal ceremony. 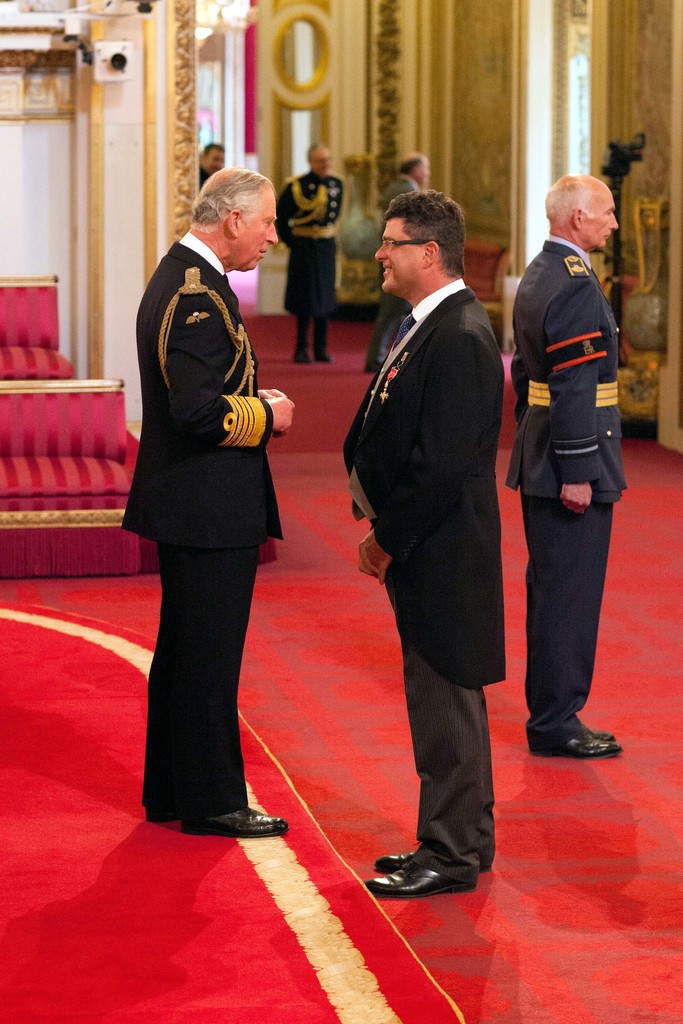 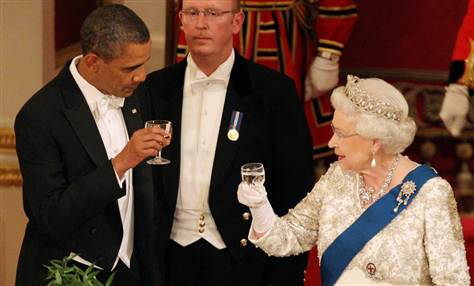 While Donald Trump’s victory has made world headlines, what may be less well known to our readers is that the election also gave Trump’s Republican Party majority control of both the House and the Senate.  For the first time in many years, Republicans will control both the White House and Congress.  This will make it easier for Trump to achieve his legislative goals.  During his campaign, Trump made clear that these goals included repealing and replacing the Affordable Care Act (also known as “Obamacare”), of which the BPCIA is a part, and withdrawing from the Trans-Pacific Partnership (TPP) trade agreement.

Following up on our promise to keep a close watch on legislative developments affecting the BPCIA and TPP, we note today’s article in the New York Times, which reports that Congressional Republicans announced yesterday that they would “move quickly next year” to repeal the ACA.  While not giving any specifics, Senate Majority Leader Mitch McConnell said that repealing the ACA is “pretty high on our agenda,” and that he “would be shocked if we didn’t move forward and keep our commitment to the American people.”

Moreover, while TPP is on the table for now, Mr. McConnell dashed any remaining hopes for speedy ratification, stating that it’s certainly not going to be brought up this year,” before Trump takes office.

While it is far too early to predict whether or how the BPCIA or TPP may be affected by November 8th’s electoral earthquake, it appears that both Obamacare and TPP will be in the crosshairs of the Republican-led executive and legislative branches next year. 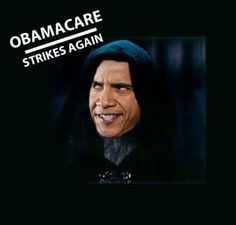 For the last several years, the US government has been negotiating a free-trade agreement known as the  (TPP) with 11 other countries across the Asia-Pacific and Latin American regions, which could have major impact on the pharmaceutical market.  When finalized it will be the largest free-trade agreement in history, impacting up to one-third of world trade and roughly 40 percent of the global gross domesticproduct. The deal has attracted a fair share of  from a wide range of , including concerns over proposed regulations for biologic drugs in participating countries. Specifically, critics are concerned about the length of data exclusivity granted to the companies that hold the patents on these drugs. Below is a primer on biologics and how they are being addressed in the TPP.

What are biologics and biosimilars?

Biologic drugs include any therapy derived from a biological source; a group which includes vaccines, anti-toxins, proteins, and monoclonal antibodies. Because they are typically much larger and more structurally complex than traditional ‘small-molecule’ drugs, they are also more difficult—and much more costly—to develop and manufacture. Biologics are also among the most expensive drugs on the market, costing an average of 22 times more than nonbiologic drugs. Avastin, a cancer drug, can cost more than $50,000 a year, while the rheumatoid arthritis drug Remicade can cost up to $2,500 per injection.

Given these high costs, there is substantial interest in encouraging the development of biosimilars, a term used to describe follow-on versions of an original biologic. Estimates of the potential cost savings vary substantially, but some have predicted that competition from biosimilars could reduce US spending on biologics by $44 to $66 billion over the next ten years.  In the European Union, biosimilars have been on the market since 2006, and a 2013 analysis found that, for the 14 biosimilars on the market, the average price discount was about 25 percent. By 2020, the overall cost savings are projected to total $16-$43 billion.

After the Affordable Care Act (ACA) was passed in 2010, the US Food and Drug Administration (FDA) developed an accelerated approval pathway for biosimilars, modeled after the pathway used for the approval of small-molecule generics. In order to meet the criteria for biosimilarity, the drug must share the same mechanism of action for the approved condition of use, and there must be no clinically significant differences between the two drugs in terms of purity, safety, or potency. FDA recently approved its first biosimilar, , which is a copy of the oncology drug Neupogen. 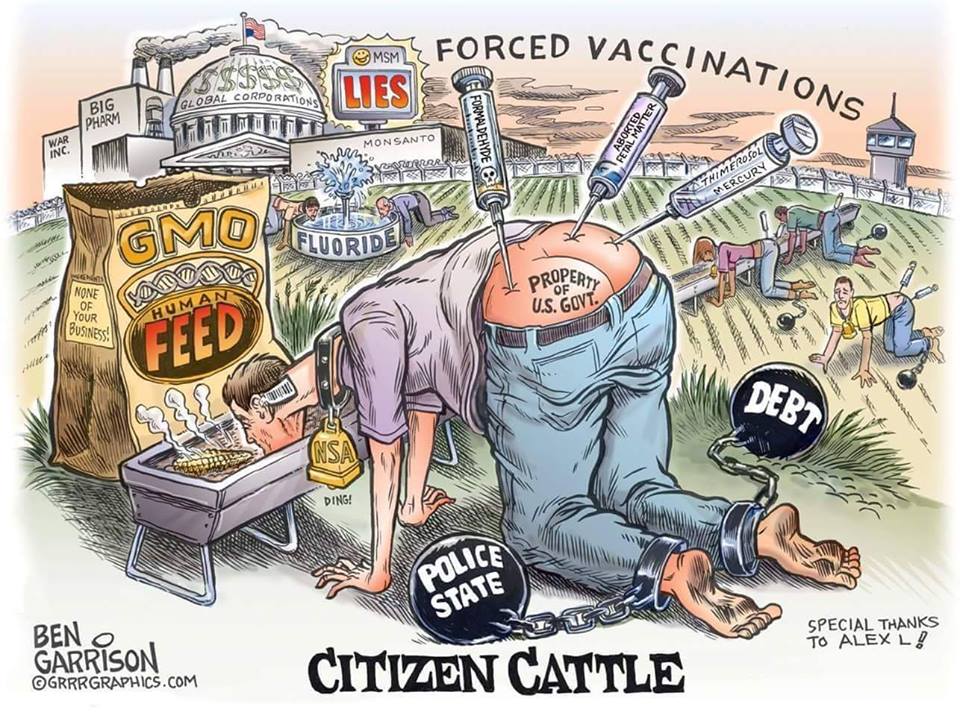 In a data search for funds between the US Government and the IRS of London England, the case search for the Healthcare Bill HR 3200 IRS London England came up with this:https://www.google.com/search?q=Healthcare+Reform+Bill+Act+Section+...

To tell you the truth, this has been submitted to our team, because of the impact of the total funds involved and transferred. At the same time Healthcare cost at around $200 Billion Tax Dollars, automatically removed from the federal system. Then they turn right around and want more money for a healthcare reform thats failing.

And dont worry this was found in a public domain, but it is unclear who exposed the funds and the money exchange between companies of the UK and this federal gov. The link is below, review the information for yourself.

Hank, you and Alice, all most debugged the healthcare law, the tax thing, dad called a meeting for today, over this.

Why am I not shocked?

Sad to say but some of this reporting has been known by those working inside many agencies we are told are our government agencies but indeed are not who they claim to be and are tied to the UK. This is why I am so stuck on exposing the faulty deceptive founding of America. The Kings men took care of the King and themselves for their own self-serving interest. The war and the founding of America was nothing more than a business venture. And it may have started in the 1600s when the King found how much gold, silver and copper was in the ground across America and took claim to it.

If you were a student of the Jesuits and were chosen to pursue a career in International Business, Commerce and Law you had to know the rules of the Crown to be successful.

There are similar documents found about our Social Security and how long ago the UK has been directly involved - since its inception to this date. Yes, much of this information is in the public domain, in our face if we choose to seek it.

There is even documented proof of the UK's contractors involvement by having seat management positions in our government agencies. And Jimmy Carter's SES oversight management of most critical agencies.

What did the insiders know of Obama, almost everything they needed to reject him, IMO because I know of 2 FBI employees that pulled mock background investigations on Obama in 2007 and found him to be an invented person/persona. No Legal documents existed in the name he clamed to be his. The first 3 red flags were his lack of having a birth record in his claimed name, SSA# and Passport records which expanded the cause to investigate further with all leading to dead ends. no legal name change docs or access to college admissions docs. However, it was found the Queens men (a contractor SERCO) had control of Passport records at the US State Department.

This in part is why I and others in my circles know we are still controlled as a British colony. Few want to embrace this much less explore this on their own.

There is more money involved in this than anyone could imagine. Just refer to the government lien docs i provided in one of my post.

We can keep identifying new crimes perpetrated against us our we can seek solutions to expose them and implement the corrective actions. this is why I have chosen to pursue Private Law because I have proof it works to remedy the harms done to us by our government.

What harms have been done to our Veterans, We the People by the IRS and SSA, 9/11 1st responders and family members, and what harms will be done to our children in the future. Too much evil and I fear time is short to disrupt its advance.

A DOS, FBI/DOJ and DOD contractor and wife a 3 letter agency employee know what is known but can't prove all of it. Common sense can connect the dots of big money and the true founding of our nation that is written in our enemy's own words which seems to be responsible for what evils we and our children face. Including the government first declared we are their enemy. If we are enemy of the State remember what a State is in their own words and word magic.

I know and the whole thing that TPP Was Made in America, Is Fake News.