No. 1-rated Fox News Channel was unceremoniously dropped by Dish Network Saturday night – surprising viewers who were told Fox had pulled the programming from the satellite TV system.

Fox climbed to the top of the ladder in cable news by offering what it calls “fair and balanced” programing – and what many progressives, including Barack Obama, call biased.

Dish used the pretext of stalled negotiations over a new distribution deal to pull the plug on both Fox News Channel and Fox Business Network – two favorites of conservatives and independent thinkers.

Dish, which has for weeks been negotiating a new carriage contract for the 21st Century Fox channels, said the channels were blocked after Fox introduced fee increases for other sports and information channels not part of the original contract.

“It’s like we’re about to close on a house and the realtor is trying to make us buy a new car as well,” Warren Schlichting, Dish’s senior vice president of programming, said in a statement. “Fox blacked out two of its news channels, using them as leverage to triple rates on sports and entertainment channels that are not in this contract.”

Your argument just gets worse.  You know Dish is demanding lower fees, HOW?

Contracts are TWO PARTY ARRANGEMENTS!  Both sides get a say.  They negotiate till they reach a compromise, agreeable to both, or they do not and the arrangement ends.

Its really that simple.

Fox wants Dish to go up to their price.

The consumer signed a contract with DISH for 24 months based on the programing being offered at the time of the contract... it is Dish who is in breech by failing to provide FOX news... it doesn't matter why or who is holding out.

DISH told consumers that they would have access to FOX news if they signed a contract for services with them... for so many months... at a certain fee.  Now, DISH appears in breech of that contract, by failing to provide the programing contracted by the consumer.  DISH"s problem with FOX is not the consumers problem. The consumer appears to have a claim of breech against DISH for failing to provide FOX News..

I understand that DISH doesn't want to pay FOX ,what FOX wants for there programing... However, that is not the question we are discussing here.  The question we are discussing is the contract obligation between DISH and their consumer. DISH promised, at the time of the contract, too provide a list of programing in exchange for a contract with the consumer... say, 24 months.

If Dish doesn't provide that programing for 24 months... it seems only equitable, in law, too allow the consumer to cancel that contract without penalty and to choose another provider than can provide them the services they desire.  The Consumer is not in breech if he is paying Dish and Dish then unilaterally changes or stops providing the programing provided.

Just how many programs can Dish stop before they are in breech... suppose they decided to terminate more than half or all be a handful of programing ... can a consumer then cancel without penalty? Where is the line... in most contracts it is at the FIRST change in contracted services that a breech occurs?

Be kind enough to find that clause in the "contract" you "signed" with Dish.

Your question of "how much can they cut?" is fair, but since you didn't sign a contract with a guarantee of the content they would provide, I have no idea of the answer.  Possibly you could sue, but it would be costly and the results would be unpredictable.

Of course, I'm in the same boat as you.  When I signed on to Comcast, I was only interested in FoxNews, beyond the no charge, over the air broadcast TV.  The price I paid was SIGNIFICANTLY less than I now pay.  As a bonus, I get a number of stations I have absolutely no interest in receiving (since I don't speak Spanish, why must I pay for them?).

You and I both know a major contributor to that increased cost was our benevolent government - the FCC, forced TV to be delivered over cable.  Yes, if you are located in the right place, you can still get TV over the air, but with limited stations.

Just called Dish. They told me that Fox was available on all packages. They said that they had a contract to provide service. They have no control over wheather the programs that they provide have will regnegotiate there contracts.

The real problem is Ted Turner, he has done this before with the AMC contract. There contract was up and they tried to hold out on the contract during Walking Dead.

Ted Turner is making over 260 million a year on Cable providers.  He started this scam a few years back.  There will be more of this happening in the future.

I don't believe this is coming out of your mouth, I know you know better! Fox is going to reach into our pocket deep, Via Dish. Rates are going to rise.rise,rise! Obama already getting more than his share!! I remember Bush's tax brake, I have a list of all the rate increases I got after that day. I think it put a nickel in my pocket after the dust settled.

Not all contracts have the same renewal dates! Dish is now! Others come later! But FOX will have their hand in OUR pocket Via Dish. Our bill will never go down. 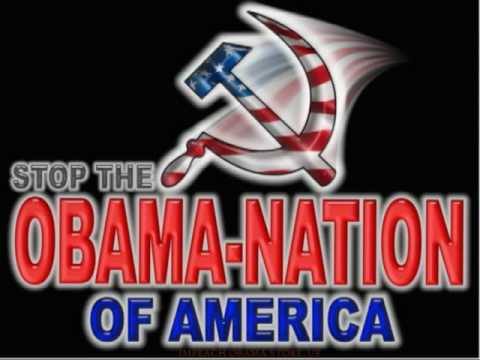 If I can't keep fox news or fox business I will drop my service like a hot rock.  The only news that gets the whole picture, unlike the major networks, that will fail to cover, fail to run stories about the current administration. I hope this stays in my area, but I won't threaten, I will pull the plug without a second thought.

Much to do about nothing. We cancelled dish in our other house

Awhile ago? Glenn Beck had mentioned that Rupert Murdock's Son was going to be in control of FOX NEWS! He also said that He was a Socialist! Press Select to hear Obama's Plan's. I guess the apple doesn't fall far from the Tree?

Thank you. I heard this to.  I was wondering why Fox was moving left and then I heard about who is in charge of FOX.  Nobody believed me.