Global Slavery Index finds Jewish state doing relatively well, but problem persists, Israel has as many as 8,500 slaves, according to a new comprehensive study of worldwide slavery. Israel placed 111 out of 162 slave-holding countries in the Global Slavery Index 2013, recently published by the Australian Walk Free Foundation. Mauritania was found to have the most serious slavery problem. 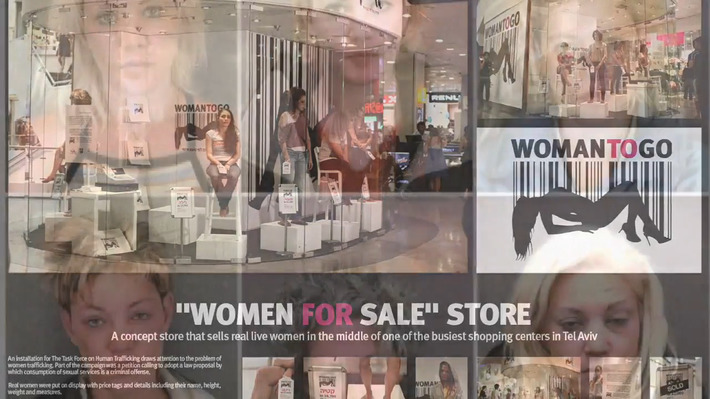 According to the study, the first-ever country-by-country survey of its kind, Israel has 7,700 to 8,500 slaves. Still, Israel ranked well relative to the lower standards in the Middle East, though Lebanon, Tunisia, and Egypt scored better than the Jewish state.

The trend in Israel is driven by the sex trade and the human trafficking that comes with it. There are 15,000 prostitutes in Israel, Rebecca Hughes from ATZUM’s Task Force on Human Trafficking wrote in The Times of Israel, entering the profession at an average age of 14.

“By the 1990’s Israel was established as a destination country for trafficking, and international sex trafficking victims had replaced the local market,” Hughes wrote. “Israel’s flesh trade was booming and making between half a billion to three quarters of a billion dollars a year. It was a particularly desirable market for traffickers because the purchase of sexual services was, and still is, legal in Israel. ”

“Throughout the 1990’s traffickers acted with impunity and, according to the Hotline for Migrant Workers, smuggled 3,000 women annually into Israel,” she added.

The deteriorating situation led the US State Department to rank Israel as a Tier 3 nation in its Trafficking in Persons report, the lowest ranking. Tier 3 nations faced potential economic sanctions. The report was a wake-up call for Israel’s government, which passed a comprehensive anti-trafficking law, and was upgraded to a Tier 1 state.

According to the index, there are nearly 30 million people trapped in slavery around the world.

The study defined slavery as “the possession and control of a person in such a way as to significantly deprive that person of his or her individual liberty, with the intent of exploiting that person through their use, management, profit, transfer or disposal. Usually this exercise will be achieved through means such as violence or threats of violence, deception and/or coercion.”

It relied on secondary sources for its study, especially reports from media, NGOs, and governments. It also used local surveys and interviews.

In absolute numbers, India led the list with up to 14.7 million slaves, followed by China and Pakistan. Mauritania, with 3.8 million inhabitants and over 150,000 slaves, had the highest prevalence of slavery.

Ireland, Iceland, and the UK enjoy the lowest prevalence of slavery, the survey said.

I don't disagree with much said on this blog except for the Col. we can all keep identifying new crimes but I personally feel it is what happen during the early founding of America that has allowed all these crimes to be committed.

1783 Treaty with the blessing of Ben Franklin. King has control of the money and body politic.

1789 First Act of Congress changing and deleting the words of the organic preamble of the constitution for purposes of taking the oath of office..

1791 G. Washington bailing out the king not We the People with his War Power Act.

Just looking at the cause for what has affected us, infected us for why we are still being treated as a British Colony remaining as citizen subjects and debt slaves.. But maybe I will comment on the new crimes as well instead of what allows them.

No, some things we agree on and some we don't. I will take a look at this later, but no, some issues were forced into play.

Can anyone remember how the Palestinian people and the Israelite's lived in peace for so many years until 1948. This is what most of the Rabbis talk about, they write it down for the generation to come.

As for these female children stolen form their parents sold in Shopping Malls. I am depressed over the lack of respect to what Israel was born into and what our home is now.

What happens to them when they are used up? Grown old, what unmarked graves will they be in? 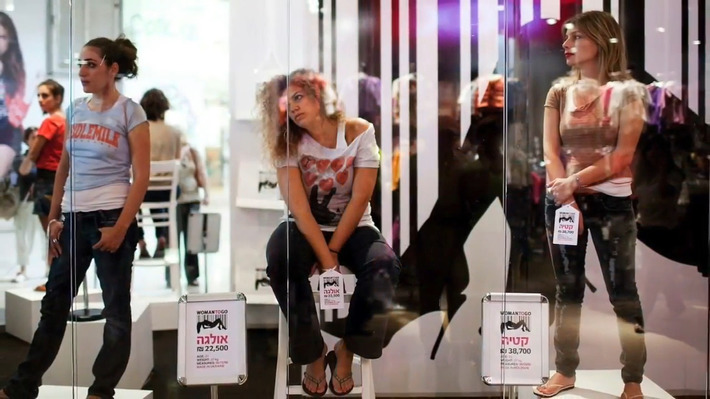 I worked in Amman Jordan for about 18 mos and this is a story that was told to me several times by men and women in the age group of early 40s and 50s. They knew of this from their parents and grandparents'

Palestine was once the hub for trade of goods, sharing of skills, knowledge and cultural practices and all done with respect each other in harmony.

Their grandparents mostly reference Hebrews not Jew or Jewish. It had something to do with the letter J that wasn't a part of the alphabet till much later. I think I have that right.

Jew-ish and Zionist became popular in 47- 48 among the parents of those I spoke with. and popular was the book Mein Kampf and it still is sold their today..

that all I know it seems to be common knowledge among the Christian Copts, and both Muslim sects - Madina and Mecca.

I found this https://www.ancient.eu/palestine/
Early History
The region of Palestine is among the earliest sites of human habitation in the world. Archaeological evidence suggests a hunter-gatherer community living a nomadic existence in the region pre-10,000 BCE. In the Early Bronze Age, permanent settlements were founded and agricultural communities developed. Trade was initiated with other regions in the Near East and, because of its location between the cities of Mesopotamia and those of Arabia and Egypt, Palestine became an important trading hub and attracted the attention of Sargon the Great (2334-2279 BCE) who absorbed the region into his Akkadian Empire c. 2300 BCE.

Me Too. Was Superman there prior to Palestine being the establishment of the State of Israel is Yishuv?

Ignorance of  the true biological Jews of Israel. Your reply lacks understanding of Moses, and the spiritual battle against Asmodeus Jews, and their prince of demons, or in Judeo-Islamic lore the king of the earthly spirits (shedim/jinn), mostly known from the deuterocanonical Book of Tobit.

Not my words, I provided the link. I only ask the question. Nice try in pointing fingers in the wrong direction.

One of the biggest political blunders of people,

Statements made here at this site, the blunders are their own worse enemy, that is their mouth.

Once Trump learns he may be reelected?