Drain the Other Swamp: Academia 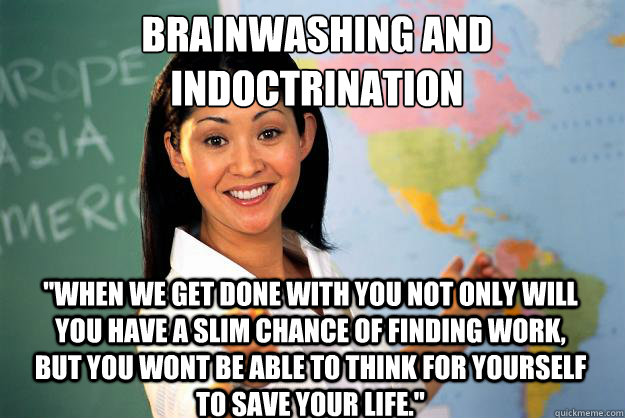 Suppose for the past half century or so you’ve been forced to pay the Acme Swamp Company to engorge all lakes, caverns, rivers, streams, and puddles with effluents, along with enough reptiles to put Jurassic Park to shame. Then, after you’ve discovered that the Acme Company has also supplied Wile E. Coyote with Roadrunner-catching equipment since the Truman Administration, you decide to “drain the swamp.” And then—surprise! surprise! —you’re devastated to learn that the swamp you tried to drain simply filled up again from tributaries that cannot be shut off. And you’ve been paying for those tributaries, too, for a long, long time. In fact, you’ve discovered that these streams are not only exorbitantly pricey, but frequently destructive, parasitic, and virtually impregnable. Question is, what can you do?

The “swamp” in question of course is Washington DC, but also includes much of the bureaucracy, judiciary, and cultural command posts of the country, such as the media and entertainment industries. The tributaries comprise America’s educational system, long dominated by the radical left and protected by tenure and union power. It is this ideological effluent center that has done so much to poison the discourse of American politics, smearing every institution that contributed to the country’s greatness, and radiating hatred of all things most citizens hold dear—family, patriotism, free enterprise, free speech, freedom of religion, the Bill of Rights generally, and of course America’s founding documents, the Declaration of Independence and the Constitution.

Certainly, storming the Bastille of Ivory Tower totalitarianism constitutes a very great challenge, beset with tribulations and struggle. But one must start somewhere, so here is a short list that could be considered by State legislatures, as well as by an institution that itself should be abolished—the Federal Department of Education.

Other proposals come to mind, such as requiring an ideological affirmative action program that would add more conservatives to faculty ranks. But a quota system applied to any hiring or recruiting situation is a loathsome solution that should never be encouraged, regardless of the goals in mind. Or, educators could be required (somehow) to teach subjects about their country to instill the values of good citizenship, respect for America’s contributions to the world, and the achievements of Western civilization generally.

Academia is another swamp to drain. It has added nothing to the greatness of America. Hard work makes Americans rich, not academic bs. Everyone in the US who is willing to work hard can get rich. If you are not rich, you are not working hard enough or you are wasting your time on academic bs.

The once great American college and university system is, indeed, become a most dangerous SWAMP.  It has fallen so far, so fast!  Today, they are, today, indoctrination camps.  The faculty and administration work diligently to develop little "brownshirts", reacting violently to anyone that disagrees with their point of view, unprepared to work, with expectations that are totally unrealistic, departing their ever increasing time in college, building HUGE Student Loan DEBT, and responsibilities they are completely unprepared to handle!

It may be too late!

These "future" leaders offer a very bleak future for America - and themselves!

I've said it before and I will say it again:

"IF YOU  WANT TO TAKE OVER A PEOPLE, SIMPLY INDOCTRINATE THE CHILDREN."

And, that is exactly what is happening here in America, just like the muslims teaching their children how to blow themselves up and kill non-believers of islam.

Who's fault is that?? It is the parents of those children, by not paying attention as to what they are taught in our schools. K-12 through college.

If people would simply ask their children, "What did you learn at school today? Did you teacher say anything about our President today? Who did they talk about? What did they say about our government? What did they teach you about the history of our country?

They would find out a lot of things as to what they are teaching our children. TRY IT!!

Then when you get a chance, talk to a college student and ask them the same questions. You would be shocked as to what some of them will tell you.

The article suggestions are great to begin draining the Academic swamp.  The left (Marxists, communists, liberals, progressives, and dictator wannabees) have followed a 103 year old strategy of dumbing down America in the university and college systems.  The strategy was fine tuned by Saul Alinsky.  But the new non-violent civil revolution has just begun.  I would also advocate sending student to private institutions such as Hillsdale College in MI or Grand Canyon University in Arizona.  No students or fewer students in the corrupted institutions will drain the academic swamp faster.  Try googling Christian colleges and universities.

"In the beginning, most universities in the U.S. were established as institutions of faith: the colonial colleges – such as Harvard, Yale and Dartmouth (Puritan), College of William and Mary (Church of England), Princeton (Presbyterian) and Rutgers University (Dutch Reformed Church) – were Christian schools in mission or affiliation.

For almost all of these and similar elite schools, the answer to grow with the times and the country was to leave their religious legacy in the microfiche files. But hundreds of other colleges and universities have not left the bible behind, often to great success. Take the case of Notre Dame, Georgetown University, Boston College and Davidson College, all of which appear in the top 25 of t­­­he FORBES Top College 2016 ranking (No. 13, 21,22 and 25, respectively)."

Too much stuff above.  Here is how you drain the academic swamp with ease. Colleges charge a certain amount of money for tuition, room, and board per semester.  Some are cheaper/dearer than others.  Establish a general average.  Pass what laws/acts are required to establish that federal college loans will not exceed that amount per semester.  Those institutions above that amount will have to make "severe" cuts.  The next year, do likewise.  More "severe" cuts will be made.  On the third year, establish that amount which seems to be an acceptable loan amount per semester and have no loan exceeding that amount.  Now I would expect the parasite money lenders will offer loans to cover the differences, but their interest rates will be far too enormous for the average student's family. Students will opt to find a college they can afford at every juncture.  Problem solved.  Say what you will, but I just solved the problem and it works.  It has been working in various areas for centuries.  People kick and squirm, but they have for millennia.  Go ahead. Kick and squirm, but those would be the rules.  Elections, driven by the rule of the citizenry, have results!

John H. Biggs - I agree with you on suggested controls for average funding limits.  The problem is not - as you stated - "Students will opt to find a college they can afford at every juncture."

Fix is getting the students out of the government subsidized education institutions.

It goes along with teaching evolution as fact instead of theory, (along with Creation)

Part of the problem is the heavy administrative load.

Some departments get their funds cut each term, while administration chases it's stupid tail reinventing the wheel.

Permalink Reply by Larry Hughes on February 20, 2017 at 11:00am
If trump does not purge the educational system, his presidency will be little more than a bump in the road to communist tyranny!

I'm all in.  I tried to get this kind of information about the new Chancellor for UTn and I hit a brick wall.  They will not provide the necessary information that I have requested. So I am all in  for this approach.

I have called for this action many times on this forum.  " One of our first priorities must be to Destroy the Communist Propaganda Machine - in the Media, and in the Universities."

We are having Significant success with the Media.

In the Universities, the Parents, Alumni, and Sports Booster organizations have the Power (of Financial Boycott) to demand changes.