She should look in the mirror to see what a "TRUE SCUMBAG" looks like!

Lies and assumptions just roll off her tongue like water! She most certainly is a scumbag herself!

Her lack of intelligence is overwhelming and the lack of the same in people that keep voting her in is unbelievable. They keep her in and she does NOTHING but take up time and space If they want results, get rid of this " Bucket Mouth, Ratchet Jawed, Rubber Lipped" D.D.F.

WHEN I HEAR WATERS SPEAK WHAT SHE SAYS DOESN'T MAKE SENSE TO ME !!  I KEEP ASKING MYSELF WHAT IS WRONG WITH HER ??  I THINK SHE HAS SOME KIND OF MEDICAL CONDITON AND IT IS NOT GOOD !!  TIME FOR HER TO GET OUT OF GOVT . !!!

I hear from my contacts and sources in CA. that there is a strong movement that is growing among Conservatives/Republicans demanding their voices be heard. Not only that but "circling the wagons" to offset the strong progressive movement in CA.

These people are far outnumbered, so any support we can provide them would be a great help. We all know, that CA needs help from conservatives to offset the insane likes of max waters. If nothing else except to get someone in her spot that is not so ugly, not to mention, out and out retarded.

Part of the "multicultural" opposition (and that's exactly what it is, opposition--to everything Americans believe in and are now trying to rebuild) has been the really incredibly stupid idea (a serious part of the dumbing-down process by them) for the last 50 years, that the least fit in our society (least fit in terms of work ethics, educational performance and basically the people who are the "lowest common denominator" in our society should be represented by their "peers" in congress, and this Orc is a prime, if you can call it that, example of that part in of our society who are the LEAST competent, no matter what competitive criteria you use (wasn't she the one who wondered if, when we went to Mars, if we'd visit the flag that the Apollo astronauts left in the 1960's?)--could you find someone less educated and more hate-filled than her.

Point is that even the idea of "multiculturalism," like everything else the Left does is based on H-A-T-E.  They HATE America, they HATE the Constitution, they HATE our traditions and our Freedoms, but most of all they HATE each of us that are not "of color."  They hold no good intentions toward us (and if the truth were told, not even toward each other)--there is no such thing as Peace in their country(s) of origin, e.g., there are currently seven countries at war with each other in africa and it's been that way since the invention of the locomotive--they plan nothing that is not injurious to our morals, our educational system, our religions and our own personal well being.

It was a serous departure of sanity when the US "allowed" the Left (and their soldiers in the black communities) the freedom to "express themselves" in politics, et al, and each of us here have had to pay the price in terms of a murder rate that makes getting hit by lightening more likely, in Taxes we cannot afford, jobs we cannot get and an educational system that makes the US the 2nd least educated country on the planet...  Listen closely, the world is not done laughing at Americans; at our perceived weakness', and our soft-hearted (and many would say soft-headed) notion of "equality" wherein we allow the least fit in our communities to run things on the off chance that some good will come of it.  These things, as the Left long ago correctly understood, have turned a once brave and educated peoples into a country that could not even respond to the butchery of a Barry Soetoro and his thugs without the aid of another country to act as the head and hands of Americans too afraid to deal with their own problem(s).  The ruin of our country by parasites like Waters cannot, must not, be allowed in our communities if we are to return to the kind of country our founding fathers envisioned.

Time to wake-up and smell the cappuccino people, our country needs us. 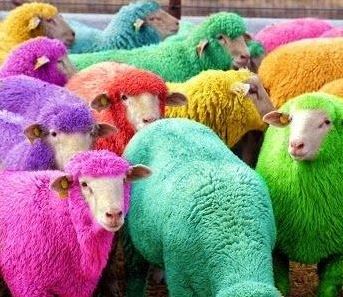 Liberals will always blame others for their faults

She is a joke.  I respect that she got this far in life, but, is clearly WAY

over her head now.  Lets let her go away with some dignity. But she needs

to go away. She makes no sense.

Stay tuned for next week's insane rant by this b****. She should be locked up as she is a danger to society.