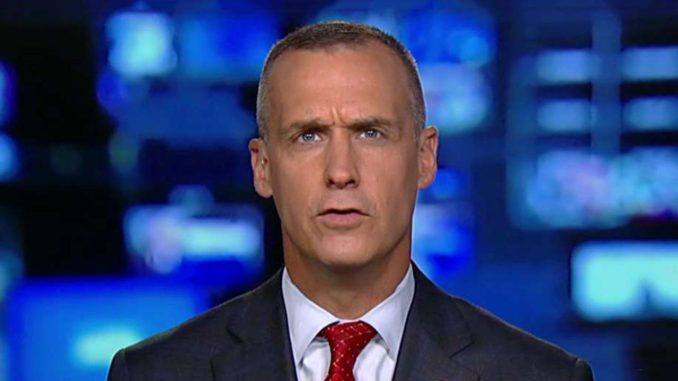 “They think that’s what America stands for? I don’t agree at all,” said Lewandowski, who also encouraged Democrats to nominate Warren as their nominee — because she stands no chance against Trump.

“I think if the Democratic party wants to get beat in the worst electoral loss since Ronald Reagan’s re-election, then they should absolutely make Elizabeth Warren their nominee,” said Lewandowski, responding to Fox Business host Trish Regan’s question about Elizabeth Warren being the candidate the “establishment seems to be behind.”

I discovered through extensive research that at minimum in 1933 the people had become enemies of their own government utilizing war powers. In actuality the government had been changed. It was no longer sovereign as it had become an insolvent debtor, and the Creditors had basically done a hostile takeover while keeping the storefront up. In other words, the government was no longer the real party in interest in any interaction, thus constituting fraud. This is not to say that the country was not started in, or maintained through fraud, in reference to the Treaty of Peace 1783.
There exists no explicit authority within Article three, section two of the Constitution for the United States of America c1819 for an altering of due process and the procedures thereof as practiced for longer than memory by man under the absolute authority of the Doctrine of Customs. By, under and pursuant to the Doctrine of Delegated Authority a delegated authority cannot in turn be delegated. By, under and pursuant to Article 3 section 1 Congress may ordain and establish inferior Courts, but by its clear and plain language does not provide for the Courts to make and effectuate their own modes of process and procedure, nor can Congress grant the Courts a delegated authority. He who creates controls. Therefore, Rules Enabling Act (ch. 651, Pub.L. 73–415, 48 Stat. 1064, enacted June 19, 1934, 28 U.S.C. § 2072) and any acts emanating therefrom, thereof and thereto were, and are, null and void at the moment of inception, not voidable. So here we clearly see a change in law form, and an altering of Article 3 section 2, but it was not done by Amendment. Therefore, there was a change in the contract that allowed myself an opening to counter-offer.

On December 27, 2018 the counter-offer was served and the basis of this was that proper notification of the changes had not been given. This was done under the Creator’s Law and Law Form under Qui tam pro domino rege quam pro se ipso in hac parte sequitur and Pro rex regum et heredes’. This is your true Birthright, not the inferior birthright being pushed by several self-proclaimed gurus. This is what allows every American to accept, acknowledge and claim, not only the counter-offer, but also demand and receive the remedy required, due and owing pursuant to the Award.

With no response as required by the counter-offer, ample opportunity was granted in good faith and clean hands to allow the UNITED STATES to answer with their proof of authority for conducting operations. They could not do so factually, hence the silence. Silence is agreement under the Law of Ancient Custom. Within the counter-offer was a provision requiring the dispute to be submitted to a neutral party, once again pursuant the Law of Ancient Customs.

Below is a summarization of the Award for

5. This section refers to the contract established, J3:16fGsltwthghobS©, as counter offer to the contract held by the constitution and the five claimants as citizens bound to it. A legal and binding contract under contract J3:16fGsltwthghobS©, is now the working contract. The respondents are bound by its terms and obligations, not that of the constitution. No fraud was found in establishment of this contract.

6. Self-explanatory, all elements forming a legally binding contract are present.

7. The contract, J3:16fGsltwthghobS©, clearly states if there’s a dispute it goes to arbitration

8. It was alleged, in contract J3:16fGsltwthghobS©, that all 573 points were breached. By their silence the respondents proved all facts in the favor of the claimants; they didn’t have the right to do any of those actions.
9. Under the contract J3:16fGsltwthghobS©, any interaction past present and future (i.e. traffic stops, court appearance) are null, void, of no effect.
11. Because of contract J3:16fGsltwthghobS© a relationship (presumptive) was established between the claimants and respondents, the respondents having had a fiduciary, trustee obligation and duty to respond. The respondents failed to respond being a breach of obligation and duty as government officers.
16.The parties agreed, under contract J3:16fGsltwthghobS©, that any previous interaction (i.e. Traffic stop violation, court proceeding) is void.
19. Simply put, pursuant to the complaint there’s a dispute. Claimants complied with the contract J3:16fGsltwthghobS©, the Respondents failed to comply.
26. The Arbitrator, here, finds the Respondent, by their silence, agreed they had a fiduciary trustee obligation to correct the records. This is where an injunction is created and a return of property afforded. The wording is not to be construed other than the contextual manner in which it appears. The award may be adjusted upon further findings.
27. Everything the Respondents did previously are void, being every interaction and anything emanating from them.
28. This is restatement of injunction. The Respondents are wholly restricted from interaction of any kind…FOREVER! Everything ever done previously is VOID!
44. The claims have been brought forth by reference. Box 1 The original contact is brought forth and incorporated. Box 2 the Respondents have been found in breach of contract J3:16fGsltwthghobS© and the contract is irrevocable, that they acted in bad faith with unclean hands and breached their duties. Box 3 The Respondents agree to discontinue anything emanating from the Claimants, but failed to perform. Box 4 Respondent agreed to compensate for gross misrepresentation and failed to do so. Box 5 Acts of fraud. Box 6 Respondent agreed to a return of all property, assets etc., and failed to do so.
45. The Facts: a. There is/was a binding contract, b. there is/was a duty to communicate, c. Changes were made to the Original Contract(the Constitution) allowing for a counter offer, d. Contract J3:16fGsltwthghobS© with interests is irrevocable, e. Respondents have agreed to contract J3:16fGsltwthghobS© are bound to it by waiver (Maxim of law “silence is acquiescence”).
48. Respondents failed to respond therefore they tacitly agreed.
50. The Respondents have waived any defense. 1. Establishes an age of majority to validly enter contract, 2. No one entering the contract is incapable, 3. Contract J3:16fGsltwthghobS© is binding on all parties, and Respondents have failed in their obligations under it 4. Respondents failed perform and the Claimants are due remedy/relief under the contractual terms, 5. Full audit and liquidation of estate and trusts. Claimants now in position of Creditor, 7. This award takes full force and effect immediately.
52. This sets the injunction, much like a restraining order and immunity.
53. Full audit of estate and trusts emanating from the Claimants, whatever it may be.
54. Release/liquidation of all property and assets to the claimants, being essentially what is found from section 53.
Private Law recourse has been available to Americans since the beginning to remedy harm caused by the government.
Below is the summary of the Bill for Settlement of the Award being presented by myself on all Americans benefit as my Brother’s Keeper.
- There is an opt-in process for the beneficiaries designed to be simple and rapid.
- There is an unconditional release and setting at Liberty of the beneficiaries.
- The beneficiaries, as defined in the bill, is any American that opts-in and includes their immediate family (minors). For married couples, both adults need to opt-in and should both includes their children.
- Any case past or present is void.
- An immediate and unconditional indemnification of the beneficiary.
- An immediate and unconditional immunity of the beneficiary.
- Immediate issuance of necessary documentation of the indemnification and the immunity of the beneficiary.
- A return of all property and assets.
- Expunging destruction of all records and systems of records excepting one item. Diplomatic status is the be provided.
- Issuance of land patent, titled in fee simple absolute and possession (the highest in this system you can get). It allows you to leave it to your heirs and under a land patent it is free and clear from government obstruction. However, is has to be issued from the Land Patent Office, not from the Bureau of Land Management.
- An accounting and return of any and all accounts, of any nature, shape, cause, form, format and kind held or managed by any entity and emanating from the beneficiary.
Of course there is no need to take my word for it. Below are the full set of documents which I encourage all to read. If this is something that wish to participate in, the opt-in document fully explains what you need to do.
Let us all come together to correct the grave situation we are facing for the benefit of our children.
Any questions may be sent to Me!

PS:Ronald the troll is not welcome to this gift. He shall remain as is.

Richard, check out this video where Hitler visited America: http://teapartyorg.ning.com/forum/topics/the-assassination-of-presi...

First off, Ronald is not a troll, he just believes what he believes.

here is your blog Richard: http://teapartyorg.ning.com/forum/topics/treaty-of-peace-2020-what-...

The more desperate the left becomes the more likely they will engage in wholesale ELECTION FRAUD... these individuals are destitute of honor or decency ... they have no ethics, they are Marxist, and believe they have the right to use any means necessary to perpetuate their tyranny.

They view history through the distorted lens of Marxism and its wrapped ideology... The Democrat Party is the Party of Marxism and fundamental change... the Party of REVOLUTION.  Marx's economic theory known as Communism predicates its veracity on the precept that REVOLUTION is unavoidable... whenever and wherever Communism is not the cultural norm and social order.

The Democrat Party believes that until Socialism/Communism is the accepted social and economic order the Proletariat will be in constant opposition to the Bourgeois (Rich/Ruling Class) Violent Revolution is in their minds acceptable and unavoidable.

Make no mistake the hordes of indigent mass migrants... (Illegal Aliens) ... are a Marxist INVASION ... one of the greatest threats to our sovereignty in our nation's history.  It is time for the President to Publically label this invasion for what it is... and to deal with it as a form of Asymmetrical Warfare.  We are indeed at war... it is time we recognized it and dealt with it as War.