If they didn’t continually use the same playbook (reference Trump’s pre-election manufactured sex assault accusers), these insufferable political media constructs would not be so transparent.  There are trillions of dollars at stake.

The framework for the latest narrative begins with a CNN report, constructed by a familiar set of characters (Jake Tapper, Jim Sciutto, Evan Perez and Carl Bernstein), all referencing a vague and intensely obtuse claim about Russians attempting to gain some form of opposition research leverage against President-elect Trump.

The team attempts to do this by presenting notification of a two page addendum to the DNI report on Russian interference with the 2016 election.  The CNN crew claim the addendum discusses Russians attempting to find opposition research on Trump.

The existence of this addendum comes from the ever predictable “unnamed official intelligence sources” etc.  Sound familiar?  It should.

The reported claim as outlined by Jack Tapper and crew, within the addendum, stems from a political opposition research file commissioned by Team Hillary Clinton and Team Never Trump in the run up to the election and reportedly executed by a British former intelligence agent.

CNN pushes the story today of the Russian black mail angle – SEE HERE – about the FBI/DNI summarizing the addendum from a 35 page oppo-research report which came as an outcome of this Clinton/NeverTrump commissioned investigation.

However, even CNN admits everything within the memo discussion is innuendo, allegations and unsubstantiated political rumor, ie. bullshit.

[…] One reason the nation’s intelligence chiefs took the extraordinary step of including the synopsis in the briefing documents was to make the President-elect aware that such allegations involving him are circulating among intelligence agencies, senior members of Congress and other government officials in Washington, multiple sources tell CNN.

[…] Some of the memos were circulating as far back as last summer. […] The two-page summary was written without the detailed specifics and information about sources and methods included in the memos by the former British intelligence official. (read more)

The entire construct is ridiculous, and these bizzarro memo claims are complete nonsense. It can be fully anticipated the 2 page addendum describing the ridiculous allegations, was largely saying they were nonsense.   Especially considering the details within the “memos” are wrong about the geography and locales they describe in Russia.

just goes to show you the media is DEAD

It's hard to blackmail someone when the allegations are public... sexual misconduct... lets see isn't that a plus for a Democrat... Bill Clinton being one...and John Kennedy another with serious sexual misconduct in their past?

MSM has no more viewers, who gives a shit what they have to say it is ENTERTAINMENT. They will not be able to go anywhere with their stories people laugh at all of the false flag events because we know 95% of it is bullshit to push an agenda of collectivism. Sandy Hook, Orlando shooting, Airport shooting ect all fake news.

Permalink Reply by Larry Hughes on January 11, 2017 at 10:32am
CNN always neglects to tell their audience that they were among the top contributors to Hillary's campaign, no bias there right!

Our Intelligence agency used fabricated documents and reports to assess and suggest that Pres. Trump maybe blackmailed because Russia may have some dirt on him.  This demonstrates just how CORRUPT THE US INTELLIGENCE AGENTS are regarding making such a report...  they are totally compromised.

So true. I can't believe anybody is listening to our compromised and corrupt intelligence agents when Trump and Russia clearly rebuff them. It's amazing how stupid some people are.

I cannot believe how desperate that these people are, especially in light of the last eight years of Barack Obama, where they totally covered for his scandals and never investigated some key inconsistencies in his private and former pre-politics life.  Why are these people so afraid of a Donald Trump Presidency and please do not say anything relative to national security because the liberal "Progressives" could care about national security and I would guess that anything that was secret before Obama has been compromised, so we have to start over.  Myself, I feel that they are trying to discredit Mr. Trump because they are afraid that he and his administration will find out exactly how corrupt our government is, and exactly who is getting wealthy from it.  Just a thought.  Motives speak louder than anything else.

Trump already rebuffed the Clinton News Network. He is right when he says that a close relationship with Russia is good and that it is also good Putin likes him. Trump's ties to Russia will help him make America great again. The US will recover just like Russia recovered tremendously once it embraced capitalism. Putin shows the way: control the media, control who gets to make money, and you got a successful country provided you have a real leader like Putin or Trump. I am so glad we are blessed with a smart, capable and great leader like Trump. The (still) loud opposition is jealous because they have nobody who comes even close to our great leader. It is just a matter of time until the opposition is silenced and this negative reporting about Trump will end. 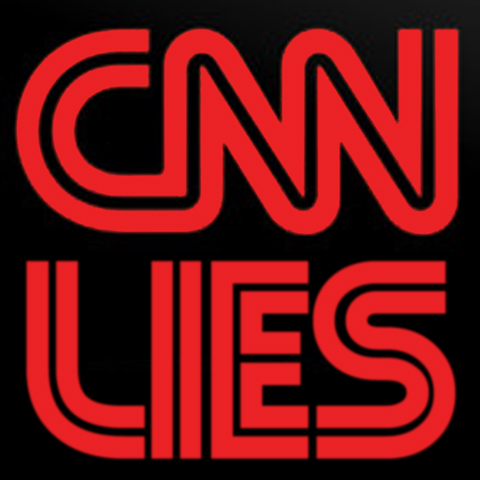 CNN is Clinton News Network  and they are full of Extreme Left-wing Liberal's!!

John Lewis, congressman, and said to be an "American Hero" will not support Trump nor attend the inauguration because those rascally Russians made me vote for Trump. Yep.

Have you noticed that there is a boogieman in every corner that is blamed?  It wasn't Clinton's fault. George Soros blames Hitler, and Hitler writers blame his Daddie.

And would someone please, PLEASE, explain to me why John Lewis is a hero.

He is in his 16th term in congress, which means he has been on welfare for over 30 damned years and has never held a job in his sorry life. And that is a hero?

That sounds more like he is a toad in the swamp rather than a hero.

But what do I know.