In late March, the Chicago Board of Education announced an ambitious plan to implement its “turnaround” model for three low-performing elementary schools in poor, predominantly black neighborhoods.

The turnaround process involves the sacking of every teacher and staffer at each of the schools, according to an email from the Chicago Teachers Union obtained by The Daily Caller.

Naturally, the union bosses aren’t happy that the nation’s third-largest school district is employing such sweeping measures to improve some of its worst schools.

POLL:  Should the United States get out of the UN?

Still reeling from the closure of 50 schools in 2013, embattled Chicago Teachers Union Karen Lewis called the turnaround plan “a slap in the face to those of us who are attempting to negotiate for more resources” and “nothing more than school closings by another name.”

The email from the teachers union also suggested that the effort to improve the schools is an effort spearheaded by Chicago Public Schools CEO Barbara Byrd-Bennett to damage black children and black families.

“This is an attack on Black schools that continues the assault carried out by” Byrd-Bennett “last year, when she closed 50 schools (claiming they were the last closings for at least five years).”

If you take a breath, it's racist. If you blink your eyes, it's racist. If you say "yo, fool...'sup" to your black friend, it's racist. If you let your black politicians know you're dissatisfied with their voting record, you're racist. WHEN... will it stop? Anybody who uses race to cover for their ineptness is just that! Inept....... Get over it and move on. Racist is getting to be a worn out cop out so it's time to come up with another slang expression to cover your shortcomings.

I'm a racist because I want to uphold the EXISTING immigration laws (under which, of course, neither Obama would have ever set foot here) Hallelujah!

Permalink Reply by Skip peters on April 14, 2014 at 6:00pm
John, anyone that is for rule of order is now a racist, if your for honor and morals your a racist. When is there ever going to be someone to set the story right for what it is. If a person is racist he will fight to keep racism in place. Just look at who is calling a person a racist for what they are, and that's a real racist.

Every thing is racist.  From electing half black president to the good for nothing Holder.  how people can be so stupid?

Young primates do not have the intellectual capacity to improve.

Actually, Blacks in DC (the place with the MOST expensive education system in the world, bar none) score 10 points lower than Blacks in Madagascar who spends $20 per student.

At the rate our "education" system is going (especially for Blacks), you could not avoid increasing their intellectual capacity JUST by cutting spending from $26,000 to $20 per student.

Putting out the trash and trying to improve the schools is racist?   On what planet.   The racists are in the union.

Permalink Reply by Skip peters on April 12, 2014 at 6:51pm
Can there be a better example of a fool then this. How if we help blacks it's racist, if we don't it's racist. Thats a battle that is without a doubt a losing battle. In 2007 being white or black was American, now being white we are racist. Things are changing fast and not for the betterment of people caring about people. What we are seeing is the start of full blown communist control over race and religion. The very two things Hitler used to divide Germany. Folks we are seeing the same thing taking place in America today. It's no joke, it's as real as Obama is a Kenyon born criminal. 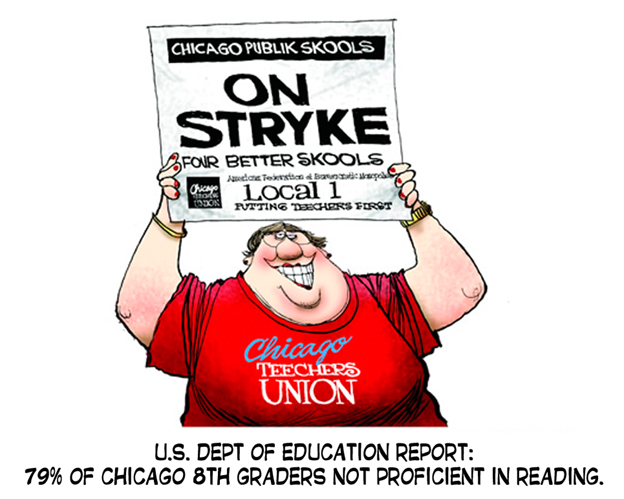 they have us comong and going. Time to be equal again. that means stop playing the race card. except the fact there will always be racism. and then get on with your life and be greatful for what you have and not what you dont have. and while you are at it get rid of al sharpton,jesse jackson and the likes of them because they only keep you down in order to line there pockets. 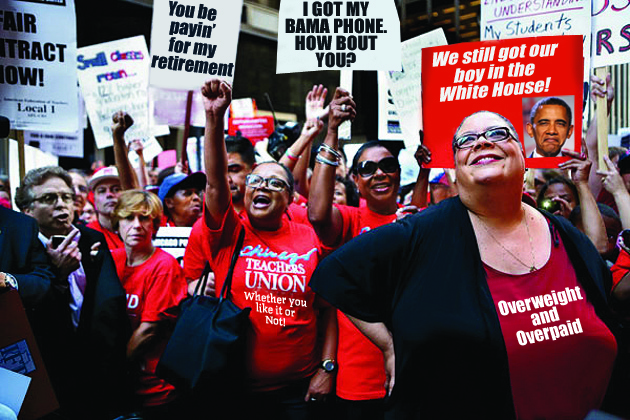 My grandparents left Chicago in the 20' and 30's they never went back but to visit a few friends.  I can honestly say I would not move to Chicago among many city's.  Amnesty laws sponsored by the U.N. have corrupted the amnesty programs.  Not to mention dozens of other programs.  Chicago gets its bribe money from foreign nations.  They do not have funds to pay for the programs they now have.  Chicago quit being itself long ago.  It has never recovered.