Lawmakers in California have upheld the rights for pedophiles to legally marry children as young as 10 years old, in a sick and twisted ruling. Girls as young as ten are among over 200,000 children who were allowed to legally wed adults in the last 15 years – according to shocking new data uncovered by a Bay Area legislator:

A Bay Area legislator was shocked when he learned from a young constituent that while Californians cannot legally consent to sex until they are 18, they can — with the permission of a parent and a judge’s order — get married at any age, even if their spouse is many years older.


But Hill’s resulting proposal to bar juveniles from getting hitched has been watered down after it prompted strong objections from civil rights groups, including the American Civil Liberties Union.

As the emotional fight unfolds in Sacramento, there’s no agreement even about a basic piece of information — how many minors get married each year in California. People who want to limit such marriages say the total is in the thousands, while those who oppose the bill say that’s vastly inflated.

The state doesn’t keep such numbers, and even efforts to change that are running into resistance.

Within the past year, elected officials in several states have pushed to restrict juvenile marriage, with a law passed last month limiting matrimony by minors in New York to 16- and 17-year-olds who have become legal adults emancipated from their parents, and one in Texas holding the line at age 17 — with a judge’s permission.

Hill wanted California to set a strict line at age 18, but the effort encountered swift opposition from fellow legislators, as well as groups that include the ACLU and Planned Parenthood.

While SB273 is still alive and moving through legislative committees, amendments have removed any age restriction. The measure in its current form increases family court oversight to ensure that a minor’s marriage isn’t coerced, including a requirement that judges interview individuals privately.

It’s a compromise, Hill said, but still a positive step. “It’s our responsibility to protect those kids,” he said.

Among those disappointed by the result of the compromise is Sara Tasneem of El Sobrante, who said the amended bill won’t help children and will only make elected officials feel like they did something.

Tasneem was 15 when her father, who belonged to a cult in Southern California, introduced her to a man 13 years her senior. She was forced to marry the 28-year-old in a religious ceremony that evening. Six months later, at 16, she was pregnant and legally married in a civil ceremony in Reno.

“A person who marries a 15-year-old, there’s obviously something wrong,” said Tasneem, now 36. “Putting that label of husband and wife makes something disgusting and not OK seem normal and OK.”

As a teenager, Tasneem dreamed of becoming a lawyer. Instead, she became a mother, with two children by age 19. She would ultimately defy her husband and return to school, and later file for divorce.

“Once you leave your childhood, there’s no going back to it,” said Tasneem, now a business student at Golden Gate University in San Francisco. “All those opportunities and freedom of being a child are gone.”

Activists aiming to stop such marriages say they occur across demographic groups, spurred by religious reasons, cultural norms, pregnancy, financial incentives or, in some cases, to protect someone from statutory-rape accusations because marriage circumvents the age-of-consent requirement.

Nationally, about 5 of every 1,000 children ages 15 to 17 were married as of 2014, according to U.S. census data analyzed by the Pew Research Center — figures that don’t specify where the marriages occurred. Activists for age restrictions estimate that California sees about 3,000 marriages per year that include a minor.

The ACLU and other opponents say that estimate is inflated, noting that just 44 petitions for juvenile marriage were filed in Los Angeles County — which has a population just above 10 million — over the past five years.

The focus of efforts should be on abusive and coerced relationships, regardless of marital status, said Phyllida Burlingame of the ACLU’s Northern California chapter. 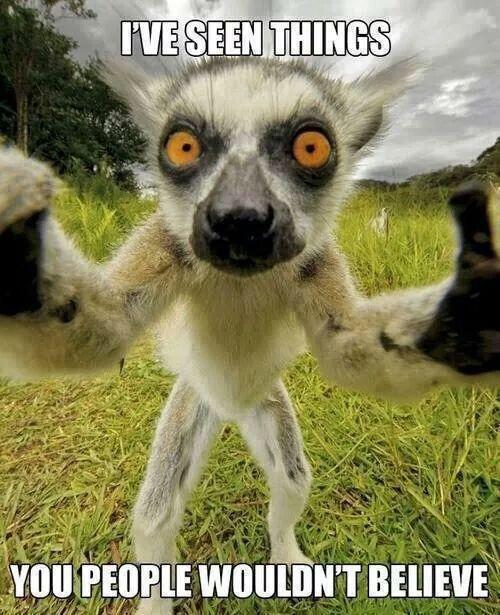 sick.. that's all.. sick.. but then again.. we all knew gay marriage would lead to this..

I am still having a lot of problems with the bot thing here at this site, it messes up blogs and edits and comments because the thing delays posting. It drops sentences and messes up words.

Anyway, the whole gay thing, its just sex, but I do not care if you are gay or not, just be respectful in front of children. Seeing most pedophiles, that are gay, sure puts twist into that world.

The Court used Section 1 of the Fourteen Amendment to justify its argument, which reads: Amendment XIV Section 1. All persons born or naturalized in the United States, and subject to the jurisdiction thereof, are citizens of the United States and of the state wherein they reside. No state shall make or enforce any law, which shall abridge the privileges or immunities of citizens of the United States; nor shall any state deprive any person of life, liberty, or property, without due process of law; nor deny to any person within its jurisdiction the equal protection of the laws.

“By using the Constitution in such a manner, the Court argues that the Due Process Clause extends “certain personal choices central to individual dignity and autonomy.”

The key is “certain personal choices.”

Well, there’s another group of historically “minor attracted” people who have as part of their religious law the acceptance of marriage to children: Muslims.

Oh yes, the apologists will say well, in the 7th century EVERYone married young girls. It was normal then. But it’s not so un-normal now.

In 2011, Muslim cleric Bilal Philips, was recorded by the UK’s Channel 4’s Dispatches advocating the rape of children when he said “The prophet Muhammad practically outlined the rules regarding marriage prior to puberty, with his practice he clarified what is permissible and that is why we shouldn’t have any issues about an older man marrying a younger woman, which is looked down upon by this [Western] society today, but we know that Prophet Muhammad practiced it, it wasn’t abuse or exploitation, it was marriage.” (And by the way, if you are not yet an Islamophobe, watch this video and you will be.)

In fact, because of Sharia Law, six countries have passed legislation that allows child marriage, including Saudi Arabia (which has NO minimum age), and that European model of modernity, Turkey, whose minimum age for girls is an ancient 12.

Allen West, the best Political Politician that money can buy, a big Tea Party Billionaire Social Snob. Dedicated to one thing only, keeping the faith in GOP going. At The same time he all ways fails to tell the party that GOP and its membership with (CFR) Council on Foreign Relations. 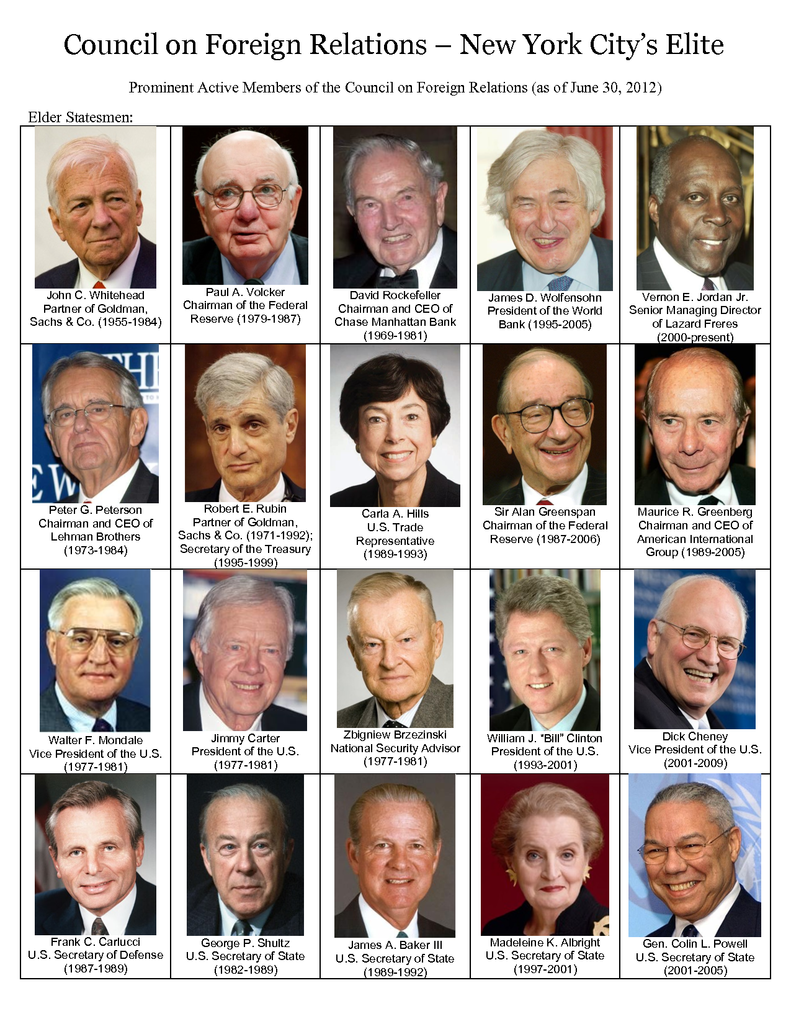 Allen Bernard West (born February 7, 1961) is an American political commentator, retired U.S. Army Lieutenant Colonel, and former member of the U.S. House of Representatives. A member of the Republican Party, West represented Florida's 22nd congressional district in the House from 2011 to 2013.

West was born in Georgia and joined the United States Army in 1983. He was deployed to Kuwait in 1991 and Iraq in 2003. In 2003, West was charged in an incident that involved the beating and simulated execution of an Iraqi policeman. After an Article 32 hearing was held, West accepted non-judicial punishment, was fined $5,000, and allowed to retire as a lieutenant colonel.

After leaving the military, he and his family moved to Florida, where he taught at a high school for a year and worked for a defense contractor, part of this time spent in Afghanistan as a civilian adviser to the Afghan National Army. West entered politics in 2008 as the Republican nominee for Florida's 22nd congressional district in 2008, losing to Democratic incumbent Ron Klein. In a re-match in 2010, he won the seat, coinciding with significant Republican gains in the 2010 midterm elections.

West took office in January 2011 as the first African-American Republican Congressman from Florida since Josiah T. Walls left office in 1876 near the end of Reconstruction. In Congress, West served on the Armed Services and Small Business Committees and was a high-profile member of the Tea Party Caucus and the Tea Party movement. It was the removal of the 10C, and the Bible, and the sexual revolution that led to this.

Ah, a bit lost, ahhh, yea . A lot of issues created this. 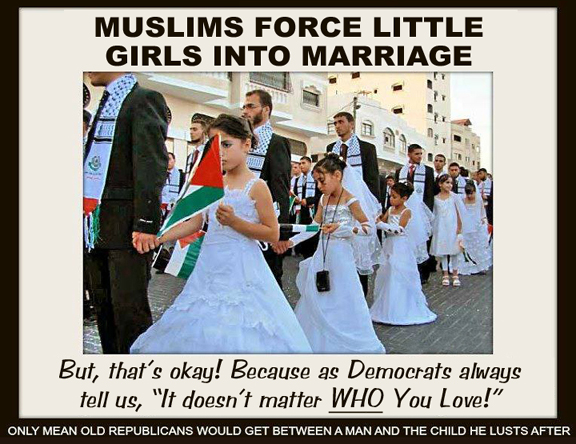 I've said since 2014 that gay marriage was only a stepping stone to make sharia law legal in America.. break down our morals and marriage, and anything goes.. remember.. Obama was adamantly against gay marriage until he figured out it would shake our base of law and make way for Sharia..

You still popping in and out with a one sided view. 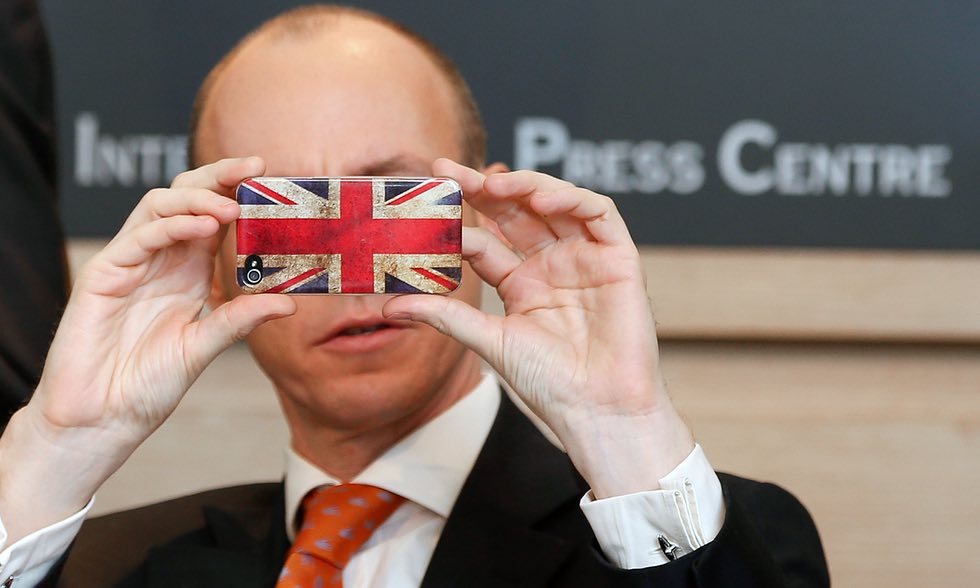 My view happens to be the correct view. ....So Hank, - Can you tell us about the other side?