Rep. Waters (Pictured Above) Will Have A Challenging Time Defending Her Congressional Seat.

The state of California is literally a liberal’s dream. The politicians there are literally doing everything and anything they can to oppose President Donald Trump. This goes from their desire to have sanctuary cities to protests on their college campuses. This stems from their current politicians.

People like the Governor of the state, Jerry Brown, have already made the claim that they are going to oppose Trump at any chance they get. It’s the California mindset though, as even their representatives in Washington D.C. have voiced opposition to the President. Arguably, none have been more vocal than Representative Maxine Waters (D-CA).

Rep. Waters has been a constant face in the liberal news media because of how many times she claims that Trump is going to be impeached. Someone finally got sick and tired of the constant abuse from the California liberal because someone has finally come out issued a challenge.

The GOP has issued a challenge in the form of Omar Navarro. He’s a Latino Trump supporter that has formally announced his candidacy against the liberal agenda. Navarro released the announcement on his website. This is going to be an uphill battle, considering that California voted overwhelmingly for Hillary Clinton in the 2016 presidential election.

Rep. Waters (Pictured With Nancy Pelosi, D-CA) Has Been Vocal About What She Thinks Of Trump.

His website announced, “Omar Navarro the Republican challenger to Maxine Waters for Congressional Seat of the 43rd District was on the front lines in the City of Cudahy’s bid to be considered a sanctuary city. He continues his campaign to unseat “career politician” Maxine Waters.”

Now there is a little bit of hope for the GOP challenger. On his website, Navarro pointed out how one of his friends, and colleagues, Jack M Guerrero won his bid for city council in Cudahy. That is indeed a good start for the Republican challenger. The GOP candidate also has gone through some challenges of his own.

For instance, at the very end of February, Navarro was attacked himself. Cudahy, as briefly mentioned above, is trying to become a sanctuary city. Considering that Navarro is a Trump supporter, he doesn’t want to see illegal immigrants in the country, or his city.

That wasn’t sitting well with the people that were protesting though. He was yelled at through a bullhorn and even called an “immigrant cracker.” All of this happened because he was vocal in his opposition to allowing illegal immigrants to receive a free ride in the United States.

Most People Do Not Want Illegal Immigrants Coming To The Nation.

As stated above, Rep. Waters has been highly outspoken in terms of impeachment and President Trump. Nearly a month ago, Waters sent out a tweet simply saying, “Get ready for impeachment.” Navarro took exception to that and tweeted back at the California Rep.

“@MaxineWaters Cleanse yourself because the only person who needs impeachment is you. Broken communities in Los Angeles.” Followed was a series of pictures showing how the city itself is in rough shape. Rep. Waters likes to talk about how Trump is going to be impeached, but she doesn’t do anything to clean up the cities.

The pictures show that the city is in need of cleaning up. There is trash and graffiti all over the walls, just making the city look incredibly dirty. That would be something worth mentioning in Congress, but getting Trump impeached on charges is the ultimate goal for these liberals.

Get ready for impeachment.

@MaxineWaters Cleanse yourself because the only person who needs impeachment is you. Broken communities in Los Angeles. pic.twitter.com/l2VuAudurI 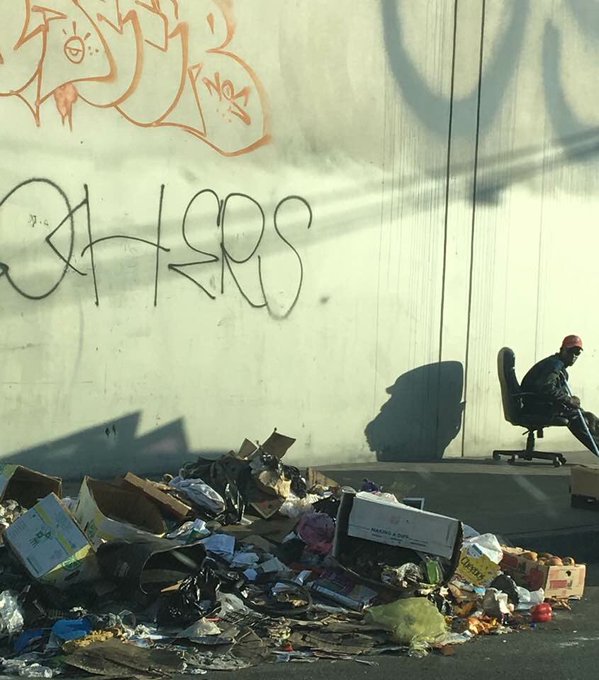 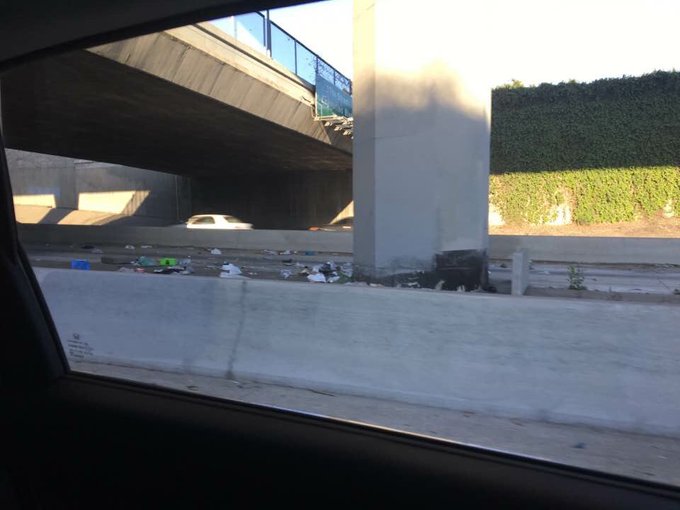 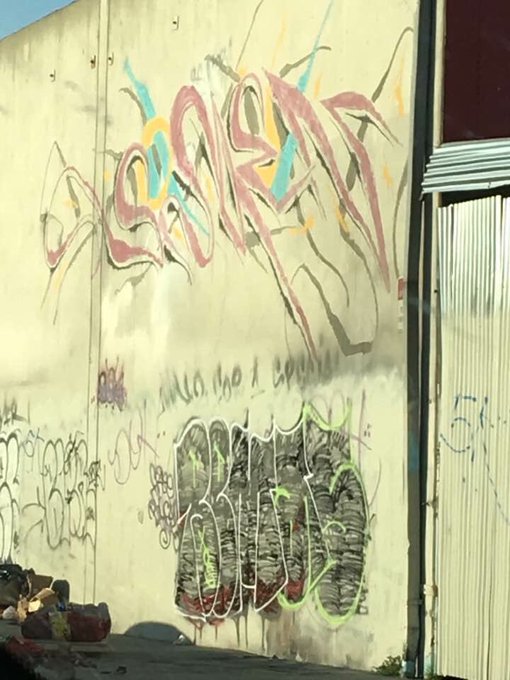 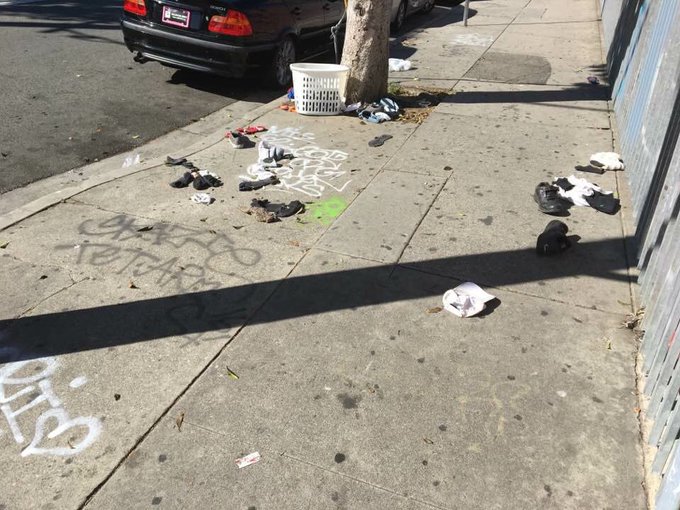 They could care less about making sure their home cities are doing well. That was evident by how many politicians and citizens are pushing for sanctuary city status. In fact, Governor Brown has just signed a bill that is absolutely designed to stop President Trump at all costs. The bill is designed to make the entire state of California a sanctuary state, which will stop the immigration officials from doing their job.

Going off of that, there are high-ranking officials in the state that are doing whatever they can to stop the immigration orders from being carried out. This includes the chief justice of the state. She basically said that enforcing immigration laws goes against the law of the United States. Yes, making sure the borders are safe goes against immigration laws.

With any luck, there is going to be a new person sitting where Rep. Waters sits. The people of California deserve someone that is going to fight for them instead of constantly complaining that Trump is going to be impeached. Waters will be in the fight of her life, especially if she continues her crusade against Trump.

How do you spell STUPID?