In the heat of the 2016 presidential election, Donald Trump Jr. agreed to attend a meeting with a Russian lawyer who claimed to have compromising information on Hillary Clinton. Trump Jr. thought the meeting was innocent, but after knowledge of Russia’s involvement in the election emerged, the meeting took on a new meaning.

Donald Trump Jr. originally denied any wrongdoing. In a statement released after the story broke on July 8, 2017, Trump Jr. said he attended the meeting as a favor to a friend but was disappointed to learn that the Russian lawyer, Natalia Veselnitskaya, had nothing meaningful to offer the campaign. Many doubted Trump Jr.’s version of the event, but a recent report by CNN shows that the meeting was–from the very beginning–an attempt to lobby the Trump campaign and not an act of collusion.

Special Counsel Robert Mueller, who is investigating the Russian interference, took a special interest in the June 2016 meeting.

During the height of the 2016 presidential election, while President Trump was still battling other GOP hopefuls, Donald Trump Jr. agreed to meet with Natalia Veselnitskaya at the request of Rob Goldstone.

Goldstone is a British-born publicist who got to know the Trump family while attending the 2013 Miss Universe pageant in Moscow. He was supposedly setting up the meeting at the request of his client, Russian pop star Emin Agalarov.

“The Crown prosecutor of Russia met with [Emin Agalarov’s] father this morning and in their meeting offered to provide the Trump campaign with some official documents and information that would incriminate Hillary and her dealings with Russia and would be very useful to your father,” Goldstone said in an email to Trump Jr. who replied, “I love it,” according to CBC News.

Donald Trump Jr. agreed to attend the meeting, and he asked then-Campaign Chair Paul Manafort and his brother-in-law, Jared Kushner, to come with him.

However, it immediately became clear to the three men that the Russian lawyer had nothing meaningful to offer the campaign.

“No details or supporting information was provided or even offered. It quickly became clear that she had no meaningful information. She then changed subjects and began discussing the adoption of Russian children and mentioned the Magnitsky Act,” Trump Jr. said in a statement.

Donald Trump Jr. has been proven right. Do you believe he told the truth?

Of course, Trump Jr. would deny any wrongdoing, and Special Counsel Robert Mueller is looking into the details of the meeting. However, a new report by CNN based on documents from the time of the meeting, and a memo written by Agalarov’s lawyer, support Trump Jr.’s contention that the meeting was only about the Magnitsky Act.

Agalarov’s lawyer said the details of the meeting were, “probably exaggerated and maybe willfully contorted the facts for the purpose of making the meeting interesting to the Trump people.” This should be clear based on Goldstone’s original email, which mentioned Russia’s “Crown prosecutor.” Not only does Russia not have a Crown prosecutor, but they do not have a crown. In fact, Russia has not had a royal family since 1917.

All of the claims of dirt on Hillary Clinton were mere exaggeration to entice the Trump campaign to the table. The incident has proven to be nothing more than another desperate attempt to pin “collusion” on Trump. And just like the other attempts, they’ve failed to come up with evidence. 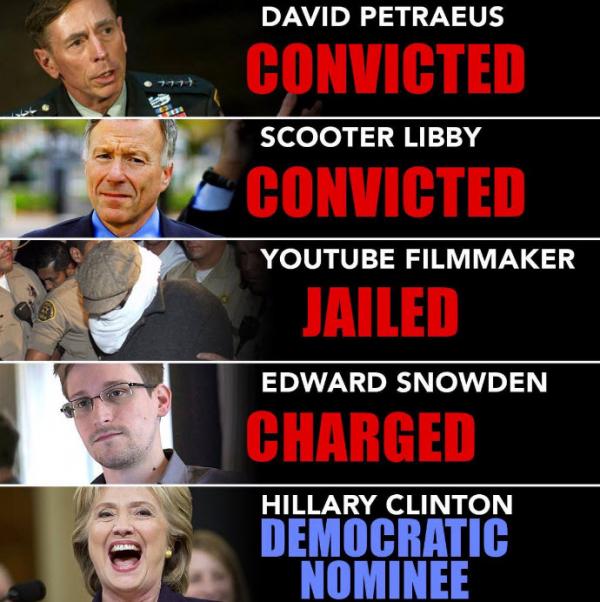 Sure is. And the stink comes from Mueller's office.

I would love to hear and see the phone/text/e-mail exchanges going on from that office.