Boy, Have the Democrats  Ever Overplayed Their Hand!

Boy, Have the Democrats
Ever Overplayed Their Hand! 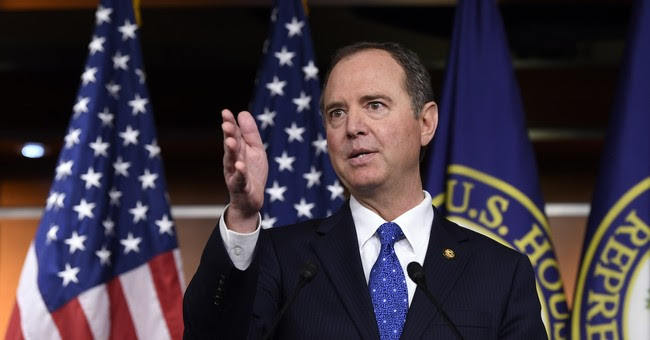 { townhall.com } ~ If cosmic justice were to prevail, Democrats would drop their impeachment sham in confessed disgrace and move to give President Donald Trump a second term by acclamation for having ceaselessly abused their power in trying to nullify his first term.

Though cosmic justice won't prevail, the Constitution will, including its prescribed Senate check on impeachment and its provision for election of presidents through the Electoral College.

The Democrats have given new meaning to the term "overplaying your hand," and their witch hunt will continue to backfire. They will fail to remove Trump from office and, through their egregious overreach, will have probably ensured his re-election.

Given the timely release of the inspector general's report on the Foreign Intelligence Surveillance Act abuses, their bogus impeachment crusade has been further exposed as an appalling partisan travesty.

It cannot be repeated too often that the thrust of the Democrats' complaint against Trump is that he is a walking high crime and misdemeanor. They consider him so heinous that they needn't produce evidence of actual treason, bribery or other "high crimes." They've been trying to unseat him from the moment he was sworn in, and they're still trying, despite the failure of their previous efforts. Democrats talked of impeachment before he took office, and Democratic Reps. scumbag-Al Green, Brad Sherman and Steve Cohen initiated a formal impeachment effort the first year of Trump's presidency.

These shysters have wanted to impeach him over his tweets, the Emoluments Clause, his tax returns, collusion with Russia to interfere with the election, obstruction of justice, quid pro quo, extortion, bribery and obstruction of Congress. They wasted weeks in formal impeachment proceedings, first in an underground Star Chamber in the House and then out in the open before the House Intelligence Committee. In those proceedings, the Democratic accusers paraded hearsay witness after hearsay witness to show that Trump had engaged in bribery in a phone call with Ukrainian President Volodymyr Zelensky. In raising the Ukraine issue, they didn't even bother to prove Trump's intent; they unilaterally declared that it was to cripple his likely 2020 Democratic presidential rival loose lips liar-Joe Biden, when in fact, it was more likely about Trump's desire for past Democratic corruption to be investigated.

But after putting half the country asleep in trying to make a painstaking case for "bribery" and enraging the other half, they came up with nothing, and so they told the country, in essence: "Never mind. Don't hold us to our months long charade alleging bribery. Just like all the other times when we were caught bearing false witness against this duly elected president, we're just going to find different words. But this time, we're going to use ones that you can't say are too narrow 'abuse of power'" -- because they are meaninglessly vague.

Impeachment is a gravely serious remedy that the framers intended to be used sparingly and only when there was such a threat to the republic that a bipartisan effort would ensue. Here the Democrats don't even have a legitimate, non-serious basis; they have highly contested thirdhand evidence, and they have no bipartisan support. If their impeachment grounds were genuine, they wouldn't have changed them like fashion models change clothes.

Though they've been trying to impeach Trump for years now, his alleged actions hadn't even taken place when they began their efforts. House Leader liar-Nancy Pelosi recently admitted that impeachment had been a Democratic project for 22 months -- well before the notorious phone call with Zelensky.

Consider the richness of the Democrats' lusting for Trump's ouster over his alleged interference with an election when they have been trying to interfere with the 2016 election (and now the 2020 election) for three years. It would be outrageous enough if they had just endlessly mounted false charges against Trump via the impeachment process. But their political apparatus -- the Democratic National Committee and the scumbag/liar-Hillary Clinton campaign -- coordinated with foreign actors and abominable, partisan crooks at the FBI to frame President Trump for conspiring with Russia. Can you even imagine what hell there would be to pay if Trump and the Republican National Committee had been accused of doing what these Democrats actually and undeniably did?

Moreover, Rep. scumbag/liar-Adam Schiff, his corrupt colleagues and their media co-conspirators ridiculed and demonized Rep. Devin Nunes for exposing this corruption. scumbag/liar-Schiff filed a report to refute Nunes' report, and they've been calling Nunes a liar and a kook ever since. But whatever games people want to play about Inspector General Michael Horowitz's disclaimer that he found no documentary or testimonial evidence of political bias (despite the plethora of emails and other real evidence of bias at the FBI), no sane person can deny that the IG report vindicates Nunes and exposes the sanctimonious Schiff as an unconscionable liar. Yet scumbag/liar-Schiff has quarterbacked this entire Democratic impeachment farce.

Horowitz's disclaimer as to discovery of bias is not only misleading because we know of undeniable anti-Trump bias at the highest levels of the FBI. It is also misleading because we are talking about matters far worse than bias. This was abject corruption. An FBI agent doctored evidence; the FBI tricked Trump into an interview disguised as a briefing; and high-ranking FBI personnel deliberately defrauded the FISA Court multiple times to incriminate a sitting president. This is stuff right out of a Robert Ludlum novel, and these Gestapo felons must be held to account.

One supposes that given the breadth and depth of their own corruption going to the very democratic processes they pretend to adore, the Democrats will keep ratcheting up the volume on their false claims against Trump, hoping, as usual, to dupe the voting public into restoring them to power in 2020.

But as I said, they've overplayed their hand. If justice prevails, they will rue the day they went down this sinister road, and Trump not only will not be removed; he will be reelected, and the Republicans will regain their majority in both houses of Congress.

Now to set the record right, someone within the Republican party dumped info on Joe Biden being connected to the other country that they said Trump did it, so Joe Biden asked the courts to seal his money ties to that country.

Then they went after Trump and said his companies have business deals and ties to that country. And started a impeachment, but they have been pushing a impeachment for over 2 and 1/2 years. This went nowhere.

Trump has a lot of issues to fix over millions of illegals in America, he need to ship them out.

All representatives know about connections of loose lips liar -Joe even the media and yet they are playing drums and covering up. They all know the truth.

The dems are putting blocks on the issue of illegals in America. Look at what is happening in Texas. They are coming from Africa - hundreds.

You play honest with me and I will not blast ya with negative comments, so draw me a link to Texas, and I will show you how many gays they immigrated into the US, from the 3rd world.

Can't recall the link about illegals in Texas. I am sure you can dig and found out if its true or not. Sorry.

just posted that blog about Africa, and here is the link I promised: https://teapartyorg.ning.com/forum/topics/they-are-not-nation-build...

Good you found it

Yep...:) here it is: https://teapartyorg.ning.com/forum/topics/hundreds-of-african-migra...

The GOP is not acting sufficiently to challenge the Federal Judiciary... they need to establish hundreds of IMPEACHMENT cases against Activist Judges.  This is war and the GOP is capitulating on the battlefield to government by Judicial Fiat...  by a hard left Federal Judiciary.

It is as if the GOP wants the rulings of these corrupt Justices to stand... thus protecting a large source of CHEAP and COMPLIANT LABOR.  Look, the GOP and this President are not doing enough to expose and remove a corrupt Judiciary... they are culpable in its crimes... as the Federal Courts become the default arbitrator for governing by a Left without a majority in Congress or a President in the White House...

According to the radio, they are to vote to impeach Trump, then its turned over to the Republicans?

I can not find one damn thing to support the Khazar Democrat Jews, and according to a military report the Democrats are Khazar Jews. Not the Israelite's of Moses.

I am tired of the BS complaints by men like Limbaugh... it is time for ACTION... these well-heeled men should be organizing massive demonstrations, filing legal documents demanding the criminal prosecution of every major Democrat leader implicated in criminal conduct.

The incessant complaints and exhaustive itemization of criminal conduct by the Democrats is worthless rhetoric and counterproductive... these exercises in rage have become cover for the failure of the Trump Administration to indict and prosecute the criminals... The process of venting rage thru public discourse is replacing the proper route to obtain justice... indictment and a trail.